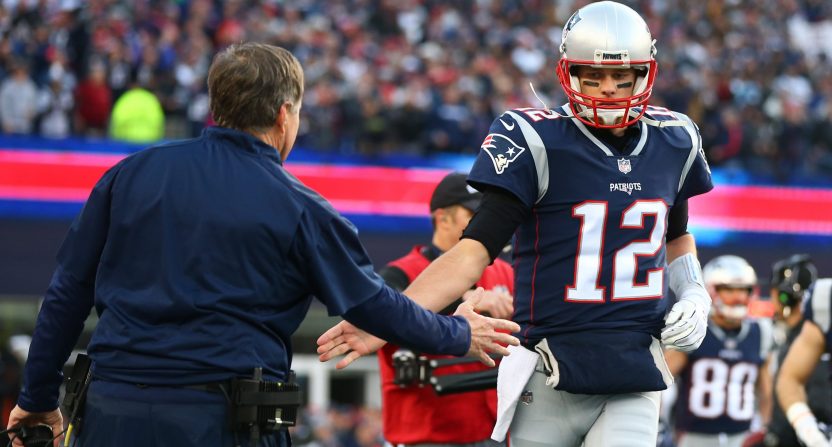 The Tampa Bay Buccaneers will take on the New England Patriots this Sunday but the matchup everyone wants to talk about is Tom Brady vs. Bill Belichick.

All week long, reporters and NFL fans have been trying to get both men to talk more about what went down when Brady decided to leave the Patriots for the Bucs. People who worked with both of them have shared their opinions as well. The quarterback, who went on to win a Super Bowl with Tampa, has tried to downplay any animosity. The coach, who is attempting to prove he can win without his Hall of Fame QB, has tried to blow right past having the conversation in the first place.

Regardless of how much they’ve tried to avoid the conversation, it’s still happening around both of them. A lot of that has to do with the fact that many people don’t like either Brady or Belichick. But when it comes to deciding which one they dislike more, it sure looks like the answer is the ornery Bill Belichick. 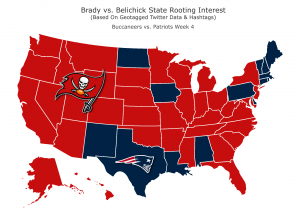 According to a map based on geotagged Twitter data collected by betonline.ag, Brady appears to be the lesser of two evils when it comes to who America is rooting for (or perhaps rooting against). The company tracked official team hashtags across every U.S. state and used over 100,000 tweets to come up with their map.

We don’t know how scientific this analysis is but the fact remains that a whole lot of people are going to be watching this game on Sunday and not really rooting for anyone to win.