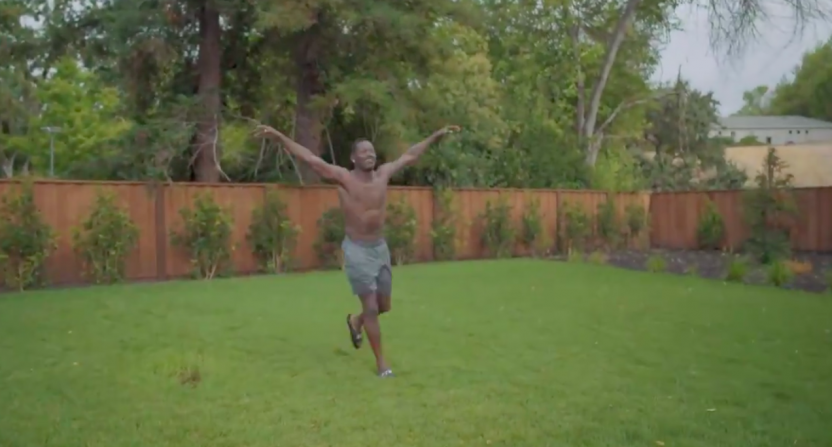 The Antonio Brown news cycle is moving so quickly these days that we’re at the point where we all know what’s going to happen before it happens. The former Oakland Raiders wide receiver signing with the New England Patriots today, as Adam Schefter reported on Saturday afternoon, meets that criteria.

On Thursday, our Brad Gagnon wrote that it was “time for the Oakland Raiders to wash their hands of Antonio Brown.” This was following an alleged incident in which Brown cursed-out Mayock. Cooler heads appeared to prevail on Friday when Brown reportedly delivered an emotional apology at a team meeting. Raiders head coach Jon Gruden then said that Brown will play in the team’s season opener against the Denver Broncos on Monday. But then things took another turn when ESPN’s Ed Werder reported that Brown “has been fined” for the incident with Mayock and “he’s not happy.” And that’s when Brown posted a video on YouTube featuring a recorded phone call with Gruden.

Cut to Saturday morning and Brown publicly asking the Raiders to release him. The Raiders obliged, releasing him soon after. Prior to that, they had also fined Brown $215,073.53 for conduct detrimental to the team, which had effectively voided the $29.125 million worth of guaranteed money in his deal. In other words, the Raiders no longer owed Brown anything and he had no reason to stay. To drive that home, the Raiders told Brown he would no longer be entitled to termination pay either.

Antonio Brown does not have to clear through waivers. He now becomes an unrestricted free agent, free to sign where he wants.

And so, as Brown was released back into the world, all eyes turned towards the New England Patriots, who have made an art out of signing players with bad reputations or those surrounded by drama and turning them into key cogs in their Super Bowl-winning machine. Randy Moss, Corey Dillon, Aqib Talib, LeGarrette Blount, Josh Gordon, etc. Brown was sure to be the next on the list.

So obvious was this pairing that Patriots was trending on Twitter all Saturday morning in anticipation of the reality we all knew was coming. And lo…

Antonio Brown and the Patriots reached agreement on a 1-year deal worth up $15 million that includes a $9 million signing bonus, per source.

The Patriots get to rent Brown’s services for the season, one in which he will have a massive chip on his shoulder (though Brown will miss his chance to play against the Steelers as they play the Pats this weekend and he isn’t eligible). Brown gets to catch passes from Tom Brady and be the touchdown target that takes their offense to the next level (one that already includes Julian Edelman and Josh Gordon). And, if the Patriots do what the Patriots usually do and get back to the Super Bowl, everyone looks like a genius, especially Bill Belichick.

Patriots will likely end up getting a comp pick for Brown in 2020 to make it even sweeter.

As for Brown, he could not be more pleased. We know this because we literally have video of him finding out he’s been released by the Raiders, because every time you think this can’t get weirder, it does.

Here’s Antonio Brown finding out the Raiders released him: pic.twitter.com/nP4AZUh84s

In one way it’s kinda amazing that Antonio Brown is a New England Patriot today. In many other ways, we all saw this coming a mile away.