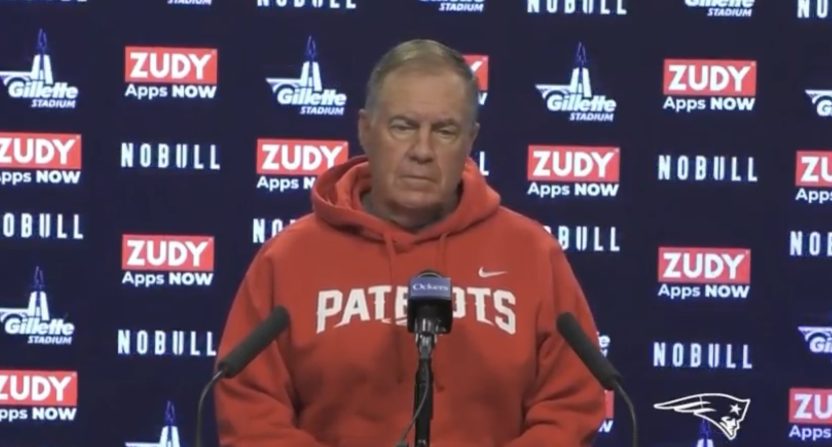 Ever since Miami Dolphins quarterback Tua Tagavailoa left last Thursday’s game with concussion-like symptoms, there’s been a lot of discussion around the role Dolphins head coach Mike McDaniel played in letting him come back and play even though he had suffered a similar injury just four days earlier.

New England Patriots head coach Bill Belichick faced a similar dilemma this past week with his own quarterback Mac Jones. Jones suffered an ankle injury last week but wanted to play Sunday against the Green Bay Packers. The Patriots said no.

Monday, Belichick discussed how he has handled concussion protocol in the past.

“I’ve definitely done that before. Oh yeah,” Belichick said on WEEI when asked if he had gone through the same thing about dealing with players who had a concussion and letting them play “If I see a player that I think is not functioning properly that for some reason has not been identified, then absolutely I would [take them out]. I have done that. I would say not recently, but those are things that have happened at other points in my career.

“If a player doesn’t look he’s functioning properly, we evaluate him with the medical people. But even if the medical people were to clear a player, we still go through a coaching clearance to make sure he’s ready to play football and not just medically cleared. We’ve always had a secondary evaluation on that.”

The doctor who cleared Tua to play was fired later by the NFLPA and Tagavailoa will not start this weekend. You have to wonder how things might have played out had he been part of a different organization.