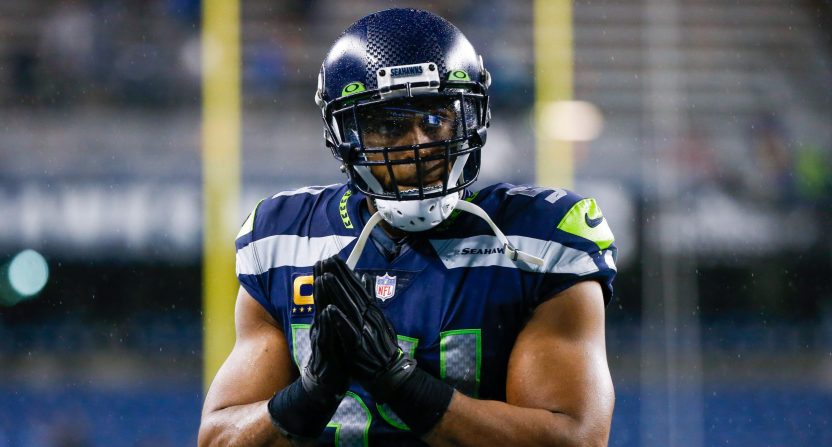 The Seattle Seahawks have made a number of shocking moves this offseason in what looks like a full rebuild for the organization, trading star quarterback Russell Wilson to the Denver Broncos as well as releasing eight-time Pro-Bowl linebacker Bobby Wagner.

Wagner’s release was even more shocking than Wilson’s trade considering there were rumors of Wilson being traded for quite some time now. The veteran linebacker had been the model of consistency at his position, making the Pro Bowl in eight straight seasons for the team.

Since his release, Wagner has been linked with potentially joining the Dallas Cowboys and reuniting with defensive coordinator Dan Quinn, who was his defensive coordinator in two seasons in Seattle. It now appears there is a new team emerging as a possible landing spot for Wagner. Ian Rapoport has reported that Wagner is visiting with the Los Angeles Rams and that there is mutual interest from both sides on a potential deal.

The #Rams are loading up again? Sources say six-time All-Pro LB Bobby Wagner is visiting them and there is mutual interest in doing a deal. A potential huge defensive addition.

This news certainly has the NFL world talking and many think this could be the move that helps the Rams repeat as Super Bowl champions next season.

This would absolutely rip the heart out of so many Seahawks fans. https://t.co/Wa1Oki1mF9

Imagine that. Fun football. An attractive place to play. Not just suffering and sacrifice talk. Football is steak. You need good sides for sure, but I don’t go to a steakhouse for sides. https://t.co/jG1qv71O8p

Really gonna need Bobby Wagner in a Rams uniform ASAP. Tired of seeing all this Seahawk green on the TL. https://t.co/WuvPhgQ6k5

Makes a ton of sense from both sides if they can both make the money work. LA has lacked a game-changer at LB for a couple of years. https://t.co/BkYeMvElbt

On paper, it seems like a perfect fit, assuming the Rams can make the money work. The Rams have been lacking at the inside linebacker position for years, and Wagner could complete their already scary defense.

This would certainly be a huge blow to Seahawks fans, who would have to live with the fact that their team released possibly the best defensive player they have ever had just for him to sign with a division rival.

It will certainly be something to monitor as this could have huge implications for the rest of the league with the Rams looking to go back-to-back next season.