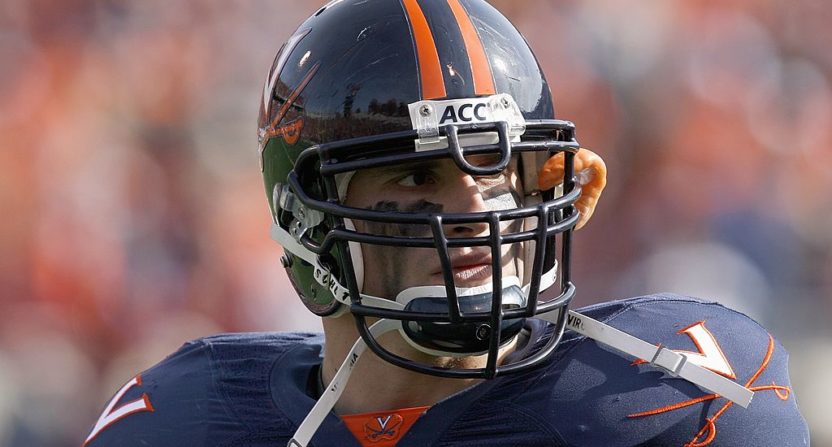 Violence erupted in the streets of Charlottesville, Virginia over the weekend as tempers of white supremacist demonstrators boiled over against anti-hate protesters. One person was killed and at least 30 other injuries were reported in the violence, and two police officers lost their lives in a helicopter accident monitoring the area. It was a painful day for the city of Charlottesville, and two NFL players who call Charlottesville home spoke out about the day’s tragic and hateful events.

Chris Long of the Philadelphia Eagles took to Twitter on Saturday afternoon to share his reactions with his followers. Like many watching the coverage on live television, Long condemned the Neo-Nazis that organized the event that ignited the sequence of events in Charlottesville, including a tiki torch march Friday night on the campus of the University of Virginia.

Insanely frustrating. Evolution will favor the self assured… not man babies with tiki torches or people playing "militia"

Long expanded on his reactions to reporters on Sunday. Per ESPN;

“I haven’t seen statistics, but I’d be willing to bet the vast majority of people voicing those white supremacist sentiments were from out of town. The majority of the people that were defending our hometown against ideals like that were from Charlottesville, or students. It’s disheartening, but I really think it’s desperation for those folks to feel threatened by us doing the right thing,” he said.

Long’s comments were echoed by similar thoughts from other former Virginia athletes, including his brother Kyle Long and Washington Nationals players Ryan Zimmerman and Sean Doolittle.

“I hope people not from this area of the country understand that the people that were marching in and around [the university] and Charlottesville, they’re not from there,” Doolittle said Sunday. “These aren’t people that represent the school or the community. This was a rally where people came from other parts of the state, other parts of the region. Because that area, that town, is an incredibly accepting and diverse and embracing community.”

What happened in Charlottesville on Saturday was a painful reminder to the entire country that there is still a segment of the population that is fueled by hatred, and it is up to everyone with a voice to denounce that kind of sentiment. Athletes are becoming more and more visibly vocal with their thoughts outside of the sports world, and it is times like this when those voices need to be heard in order to encourage change in communities that need it.

Athletes will sometimes be told to stick to sports, as will sports writers, but when a message needs to be heard and acted on, sometimes those athletes have the biggest megaphones to use.