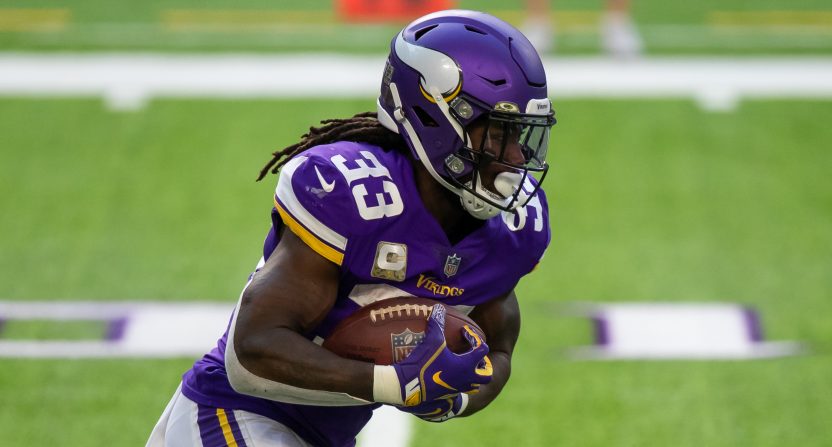 The 2020 NFL regular season is now 52 percent complete, making this an appropriate time to step back and look at some of the wildest and most interesting statistics stemming from the first half of a weird campaign.

This remains the most offensive season in NFL history: 50.6 points per game (nearly two points higher than the all-time high), 5.6 yards per play (tied for the highest mark all-time), and a record-breaking low (so far) 2.6 turnovers per game.

Punting is disappearing: The average NFL game has contained just 7.0 punts this season. There’s never been a full season in league history in which that number has been below 8.4.

Comeback Central: There have already been 29 double-digit-point comeback victories this season, which means 22 percent of this year’s winners have overcome deficits of 10 points or more. It’s happened four times to the Los Angeles Chargers, and three times to the Detroit Lions and New York Giants. There were 33 such comebacks all of last season, but this campaign is on pace to produce 56.

No home-field advantage: With fans hardly playing a role this year, home teams are just 65-67-1 straight-up and 62-71-0 against the spread. This could be the first season in modern NFL history in which home teams don’t post a winning record.

Penalties remain way down: There were 13.4 per game last year, but there have been just 11.4 per game this season. The average hasn’t been that low for a full season since 2008.

Patrick Mahomes is on pace to throw 44 touchdown passes to 2 interceptions: Which would obviously be an unreal NFL record for TD-to-INT ratio.

Dalvin Cook is on pace to score 28 touchdowns: That despite the fact he’s missed a game. He’d join LaDainian Tomlinson and Shaun Alexander as the only players ever to score that many times in one campaign.

The Green Bay Packers are on pace to turn the ball over just six times all season: That would be a new NFL record after the New Orleans Saints reset the mark with just eight giveaways in 2019.