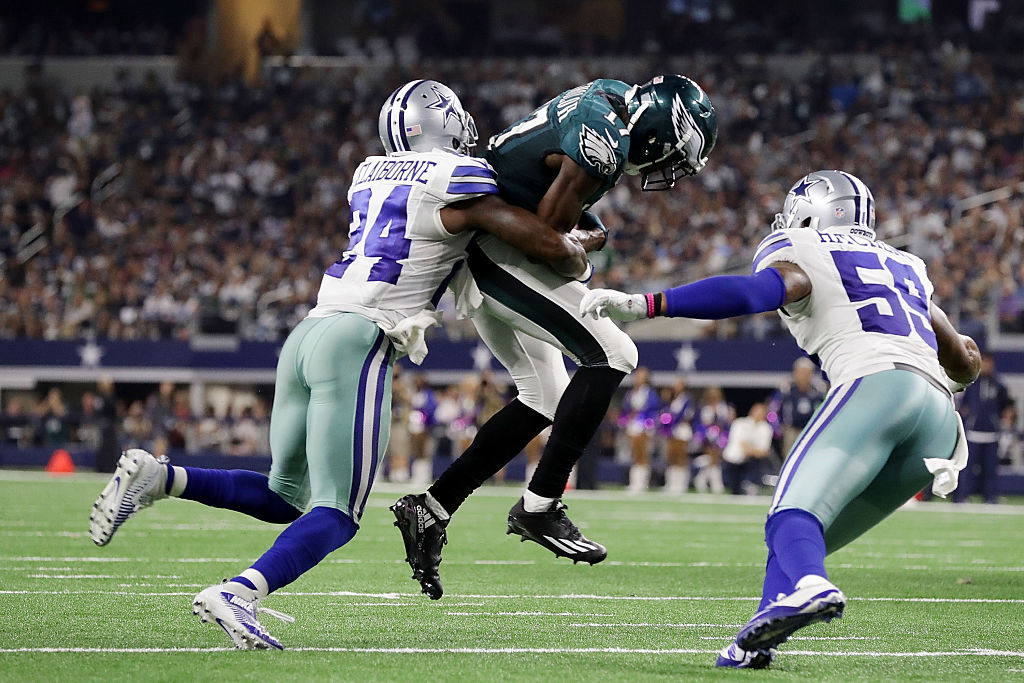 It appears as if the Philadelphia Eagles are going to struggle to catch up in the rough NFC East division following a narrow 29-23 loss to the Dallas Cowboys this past weekend.

One player didn’t take too kindly to some criticism on Sunday, and that was wide receiver Nelson Agholor, who dropped a big pass in the first quarter of the game.

The key words there were “first quarter,” at least to Agholor, who went off on the media following that question. A day later, and head coach Doug Pederson has come out noting his disappointment in the comments made by Agholor.

“You just have to make the next one. Everybody runs routes. Sometimes they are contested. Sometimes you drop them. If you make as many as you possibly can that come your way, you’ll put yourself in a good position. No one is perfect. I don’t look at no drops, or that type of [stuff]. I’m tired of hearing that [stuff]. It’s just stupid.”

“We play football. I dropped the first one. I didn’t drop one after that. What does it matter? Because if we lose, then it’s like we’ll place blame on this person did this. No! As a team, we have a responsibility to win football games, and I get it, some plays could have helped. But there are still four quarters of football to be played, and we got to win. I don’t got time for that no more. I got time to win football games, only. No statistics. No ‘Who did this?’ Win, that’s all that matters. That’s what coach staff cares about. That’s what I care about. That’s what we all care about — winning football games.”

The sentiment was positive for the most part, with Agholor noting he would rather win football games than play amazing himself and have the Eagles lose. However, it was the nonchalant nature of how he reacted to dropping the football that irked Pederson the most.

“We’re disappointed, I’m disappointed in the type of comments,” Pederson said. “I think each individual has to be responsible for their own job, obviously. We’ve got to make good, smart choices. Everybody is mad and disappointed and angry after tough losses like we just came through, and cooler heads prevail. We just have to bite our lip sometimes and just suck it up and get to work. And that’s what we’ve got to do this week.”

What Pederson should’ve maybe added is that players who don’t step up week-to-week also shouldn’t be complaining to the media.

Agholor has a whopping 216 receiving yards on the season, and racked up three catches for 25 yards on Sunday. All of that from a former first round draft pick?

Less talking and more action may be an advisable course if Agholor and company don’t want to continue to be frustrated by close losses.