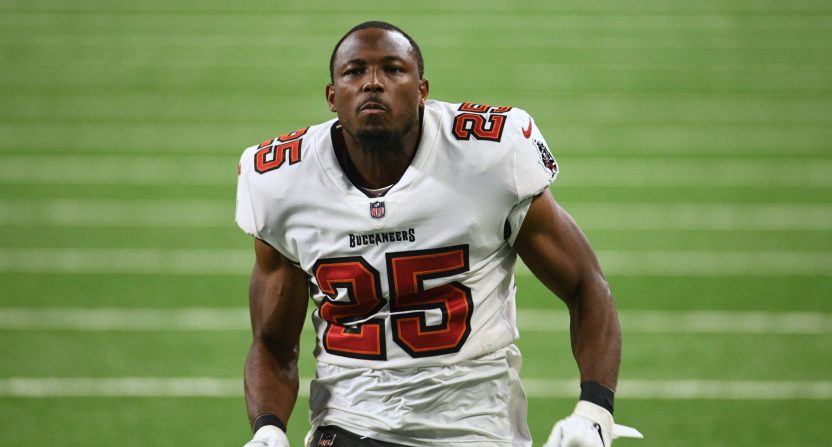 Ryan Tannehill caused quite a stir Tuesday when he said that it wasn’t his job to mentor newly drafted quarterback Malik Willis and said that “if he learns from me along the way, then that’s a great thing.”

Some took issue at the apparent lack of leadership that Tannehill isn’t mentoring the potential future of the franchise. Some appreciated Tannehill’s honesty, as this is something many players believe but very few say publicly. And some have pointed out that Tannehill wasn’t the first quarterback to be publicly opposed to helping out someone who might very well take their starting job someday.

While he didn’t mention anyone by name, former NFL running back LeSean McCoy gave his thoughts on the mentor debate on the heels of Tannehill’s comments. While Shady is cool with someone deciding not to mentor a younger player, he also pointed out that it’s not what a good teammate does so they shouldn’t call themself one either.

If you don’t want to mentor I get it but don’t call yourself a good teammate. If anything happens to you and he needs to replace you let’s pray he is prepared. Winning is the only stat that matters if you are a good teammate.

This is a rather pragmatic approach from McCoy (seen above in 2020), and it certainly looks at the complexities of the situation. No one becomes a professional athlete unless they’re highly competitive and won’t let anything get in their way. So having the obligation to mentor a younger player who you’re eventually going to be competing against for the starting job seems like the total opposite of competition. Especially for a 34-year-old who realistically might have another five or so years (and another contract) in him.

That being said, given that the quarterback position is so important, it’s probably nice for the backup to at least be somewhat prepared in case the starter gets injured. It’s not something anybody wants, but injuries happen and it’s smart to have a plan in place in case that happens. Which seemed to be what McCoy was talking about.