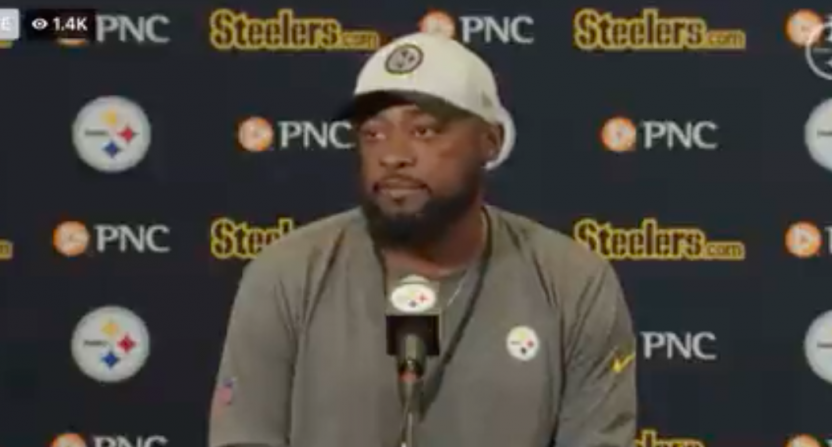 When it comes to the open head coaching positions with the USC Trojans and LSU Tigers, there have been lots of interesting names thrown out there. Perhaps no name was more surprising and intriguing as Pittsburgh Steelers head coach Mike Tomlin.

Last week, former Bills GM and Steelers executive Doug Whaley said he thinks LSU would be a very attractive spot for Tomlin. Monday, Carson Palmer stopped by The Dan Patrick Show and admitted that Tomlin is considered a strong candidate for the USC job.

While fans of the schools are ready to back up the Brinks truck for Tomlin, it doesn’t make a lot of sense on paper as to why he’d want to take either job. Tomlin has been the head coach of the Steelers since 2007, leading the team to seven division titles, three AFC championship games, two Super Bowl appearances, and a Super Bowl XLIII victory. And given how the Steelers very rarely make head coaching changes, so long as things remain mostly well, it seems like it’s his job to keep.

Tomlin was finally asked about all the rumors on Tuesday during a press conference and to say that he shot down the rumors and put them to bed might actually be an understatement.

“Hey guys, I don’t have time for that speculation,” said Tomlin. “I mean, that’s a joke to me. I got one of the best jobs in all of professional sport. Why would I have any interest in coaching college football? That’ll be the last time that I address it. And not only today but moving forward. Never say never, but, never. Okay? Anybody else got any questions about any college jobs? There’s not a booster with a big enough blank check.”

Tomlin then ended his press conference by, presumably, implying that there’s something to the fact that he’s the focus of these kinds of rumors and not some of his white counterparts who have similar resumes in the NFL.

We’ve seen plenty of football coaches say one thing and then do another. We’ve kinda come to expect it. But in this case, we feel pretty solid taking Mike Tomlin’s word for it.