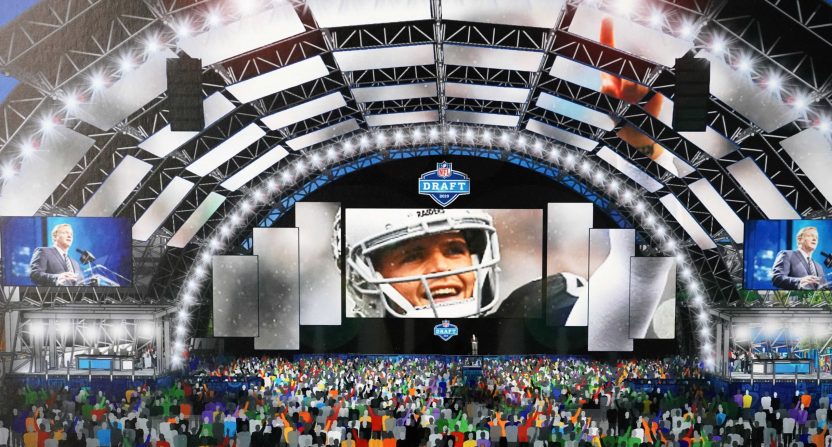 Now that Las Vegas casinos are closing up shop and the CDC recommends that gatherings of 50+ people not happen for the next eight weeks, it was highly doubtful the NFL Draft was going to happen on the Las Vegas Strip with thousands of fans in attendance.

The NFL announced that the Draft will not take place in Las Vegas due to the coronavirus but it will occur on April 23-25. Not much else was revealed but it will be televised and “The NFL is exploring innovative options for how the process will be conducted and will provide that information as it becomes available.”

New from the NFL pic.twitter.com/N4Zt35PG8k

The NFL Draft is one event that could realistically be done with people having minimal contact with each other. Teams have their own individual “war rooms” and theoretically, the Draft doesn’t need to be in one centralized location. They can call Roger Goodell with their pick and the talking heads on the sports networks can analyze things from their respective studios. It’ll look different but the framework of the event would be the same. And then move the locations back a year so Las Vegas gets to host in 2021 and Cleveland in 2022.