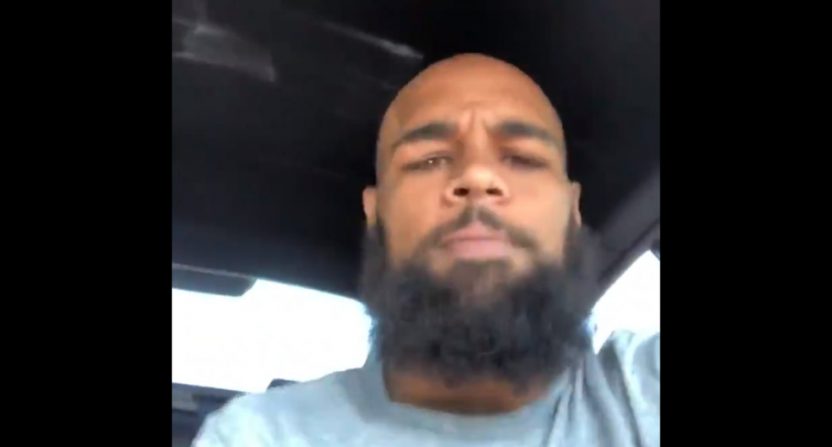 It’s almost impossible to believe, but the Madden NFL series has been a video game staple for over 30 years now, all the way back to when that cartoonish ambulance would come onto the field and run over your players. And as the game has grown and grown in popularity over the years, its resonance has increased not just with fans and gamers, but with the players that are depicted within.

It seems that every year now, the hype builds for Madden not just with the release of the game itself, but with the release of the ratings for every player. It’s perfect offseason internet and social media content. Madden ratings allows for immediate debate among fanbases over who’s better than who (Philip Rivers above Drew Brees, who is only a 92, really?) with nothing else to talk about before training camps start nationwide. It also fuels passionate reaction from the players who feel like their ratings might have been short-changed.

In short, NFL players take their Madden ratings very, very seriously. And this year, at least two players are already talking about boycotting the game because they believe EA Sports didn’t give them the credit they deserve for the upcoming Madden ’20 release.

First, here’s Los Angeles Chargers’ wide receiver Keenan Allen (seen above) saying he won’t play Madden ’20 because of his 89 overall rating and several more of his individual stats. He particularly seems dissatisfied with his 75 score in deep route running. At least you have to admire the attention to detail to go beyond the overall number and into the specific categories.

Who amongst us hasn’t created themselves as a 6’7″ 99 rated quarterback with 99 throwing power, 99 throwing accuracy, 99 tackling, 99 kicking, and 99 acceleration? For his safety and everyone around him, though, I’d encourage other NFL players not to post their Madden boycott videos on social media while driving.

Dallas Cowboys’ defensive end DeMarcus Lawrence was also upset with his 89 overall rating. He took to Twitter to call all Cowboys fans to boycott this year’s Madden because of his rating.

HOLD UP @EAMaddenNFL you not just going to disrespeck me like that with an 89 and get away with it….PUT. SOME. RESPECK. ON. https://t.co/ndDkGvo7gx.

Given there’s so many different things you can do in Madden, between Ultimate Team and Franchise Mode, it’s not like these ratings are going to totally define your gaming experience. If anything, Madden has to love all the millions and millions of dollars worth of publicity that comes from players talking about their ratings. Even if they’re threatening boycotts.

If these NFL players think their ratings are tough, they should take a look at EA Sports’ other major franchise in FIFA. There, the highest-rated base card is Cristiano Ronaldo and Lionel Messi at a measly 94 overall rating for FIFA 19.