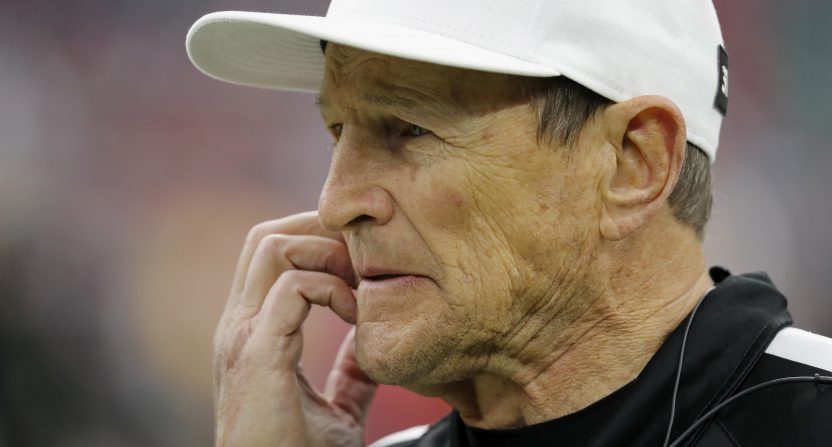 Refs have easily the most thankless jobs in sports. Call a game perfectly and that’s what you’re supposed to do, but get a big call wrong or miss a call and you are the biggest goat in the world.

Nowhere have we seen that be the case more than in the National Football League, with the largest audience and most passionate fanbases around the American sports landscape. However, no group of fans is as brutal on officials as the players have seemingly become over the last few years.

At least according to the NFL Referee’s Association report published by USA Today Sports.

The Sporting News points out that players like Josh Norman of the Washington Redskins and Travis Kelce of the Kansas City Chiefs have made increasingly personal attacks on refs after disputed calls were made against them.

It is those types of attacks that the Association would like to see the NFL crack down on more or stop all-together, according to The Sporting News. One way they’d like to see that happen is by rebuking the players and letting them know they are wrong when the refs actually got the call correct.

“We appreciate that the league reprimands guys for doing that, but we also like it to be known that in those instances, all those calls were correct. That, to us, is equally as important, that the public knows that just because somebody complained and said it was horrible and the guy is horrible and he shouldn’t be on the field — it’s important that word gets back out that, well, just so you’re aware, we reviewed those plays and (the penalties) were there.”

Some have even suggested that officiating is only getting worse. However, the head of the Association, Scott Green, cited a high level of performance as the complete opposite of perception.

Heck, he even admitted calls are going to get missed. Shocking, right?

“I’m not going to say we don’t miss calls. We obviously do,” Green said. “But players miss plays and coaches miss plays as well. When we’re in the high-90s (percentage-wise), we’re doing pretty good for basically getting that one look when we make the call and then obviously there’s replay to help. To say that officiating is getting worse is just not correct.”

Frustration in a loss is one thing, but there’s no cause for over-the-top abuse. Let’s hope this can serve to cool things on all sides when it comes to officials mistakes (and I’ll include myself in that).