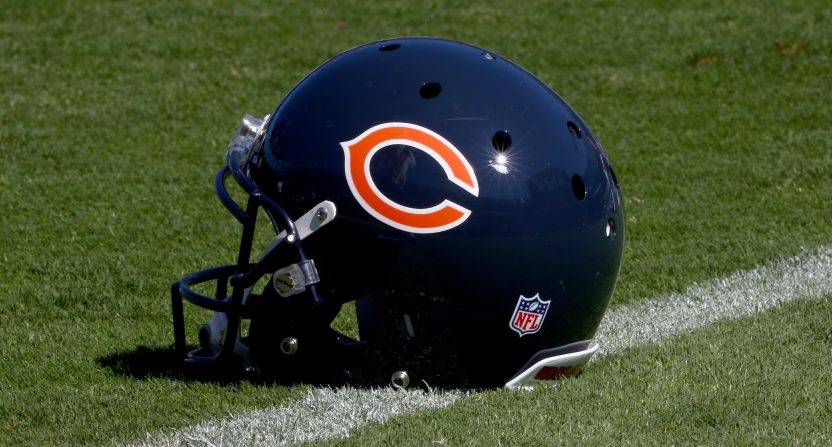 The Chicago Bears could be on the verge of becoming the least popular free agent destination in the NFL.

NFL Players Association executive director DeMaurice Smith told 670 the Score on Saturday that if the Illinois state legislature passes a bill taking away workers’ compensation benefits from former athletes over the age of 35, the union will recommend free agents avoid Chicago.

“I will tell you from the bottom of my heart that this union will tell every potential free agent player, if this bill passes, to not come to the Bears,” Smith said. “Because, think about it, if you’re a free agent player and you have an opportunity to go play somewhere else where you can get lifetime medical for the injury you’re going to have, isn’t a smarter financial decision to go to a team where a bill like this hasn’t passed?”

As it currently stands, workers in Illinois can receive a “wage differential award” for severe workplace injuries until they’re 67 years old. The idea is to compensate workers for long-term income they’ve lost on account of injury. The proposed bill—which has to pass the state senate, then the state house and be signed into law by the governor—would add an exception for athletes, decreeing that because athletes’ careers don’t usually stretch past age 35, they shouldn’t earn disability benefits beyond that age.

Smith claims that the bill is being supported by the Bears’ ownership group as a way to avoid paying players decades after they retire. Via 670 the Score:

“The Bears’ owners are behind it as well, to be blunt, it’s just another way to bankroll the coffers of the rich owners who own these teams at the expense of the players who actually do all the work. … They’re pushing the bill. Our understanding is they are the people who have lined up a lobbyist to promote the bill.”

If it’s true that the Bears’ ownership is behind this bill, you’d think Smith’s threat would quash it pretty quickly. The union steering players away from Chicago could have pretty a pretty drastic effect on the Bears’ ability to build a team.

Then again, the Bears aren’t backing down. They released a statement Saturday basically saying that the team does, as Smith alleges, support the Senate bill.

“We join the four other major professional Chicago teams in monitoring and supporting changes to the system that protect athletes’ rights under the workers’ compensation system while acknowledging athletes are not competing professionally until age 67. Nothing in the wage differential language under consideration impacts the right for any athlete to receive just compensation for partial or permanent injury, medical benefits or to file a claim itself.”

The odds are this bill, sponsored by a Republican in a heavily Democratic state, dies quietly. But if it doesn’t, the Bears might soon feel DeMaurice Smith’s wrath.