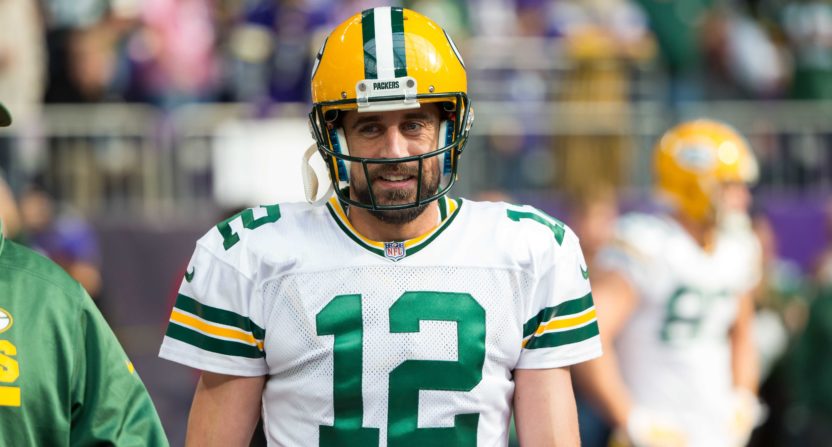 Our offseason summaries began with the AFC — East, North, South and West — and we move on to the NFC. Starting off with the NFC East, we now head up north where the Minnesota Vikings were a game away from the Super Bowl but ran hard into a Philadelphia Eagles juggernaut. Two teams in the NFC North have new coaches and Green Bay will have Aaron Rodgers back. Can any of the competition catch up to the Vikings?

Key needs: Cornerback if either of those guys leaves. Oh, and also wide receiver, linebacker and all three offensive line positions.

Draft breakdown: Chicago picks eighth and lacks a third-rounder, but has two fourths and two fifths.

Outlook: They do feel a bit like the 2017 Rams, what with the cool new coach and the highly-touted second-year quarterback and the strong running game and the young pieces on defense and all. But they’ll need to make the most of that money and hit on that top-10 draft pick in order to stand a chance in Nagy’s first season.

Key needs: Defensive line (especially if Ansah leaves), running back (they got practically nothing out of Ameer Abdullah and Theo Riddick) and cornerback (someone to support Darius Slay).

Draft breakdown: The Lions pick 20th and have one selection in every round except the sixth.

Other potential priorities: Before doing anything, Detroit will have to decide whether to hit Ansah with the franchise tag. He’s coming off a 12-sack season, with six of those coming in the final two games of the year.

Outlook: The Lions aren’t in a position to take a massive step forward, but they easily could be in better shape in the fall than they are now. With Matthew Stafford at quarterback, that’d give them a shot.

What’s new? Brian Gutekunst has taken over for Ted Thompson in the general manager role, and Joe Philbin and Mike Pettine have taken over for fired coordinators.

Key needs: The entire defense (especially if they lose Burnett), the right side of the offensive line, wide receiver (more on that in a moment), tight end.

Draft breakdown: Green Bay picks 14th and it’s status quo for the rest of the draft.

Other potential priorities: Jordy Nelson and Randall Cobb are due to make a combined total of nearly $20 million. They’ll likely move on from at least one.

Outlook: There’s a window with Aaron Rodgers. They have to get him more support on both sides of the ball, but they don’t have a lot of money or draft capital. It won’t be easy.

Key needs: Quarterback (depending on what happens with the aforementioned trio), offensive tackle, guard and defensive tackle (especially if Johnson leaves).

Other potential priorities: Nursing running back Dalvin Cook back to full health after the shiny rookie missed most of the 2017 season due to a torn ACL.

Outlook: The Vikings are spectacular on defense and have enough money to spend to keep the offense in solid shape, but this really comes down to whether they make the right decision at quarterback.