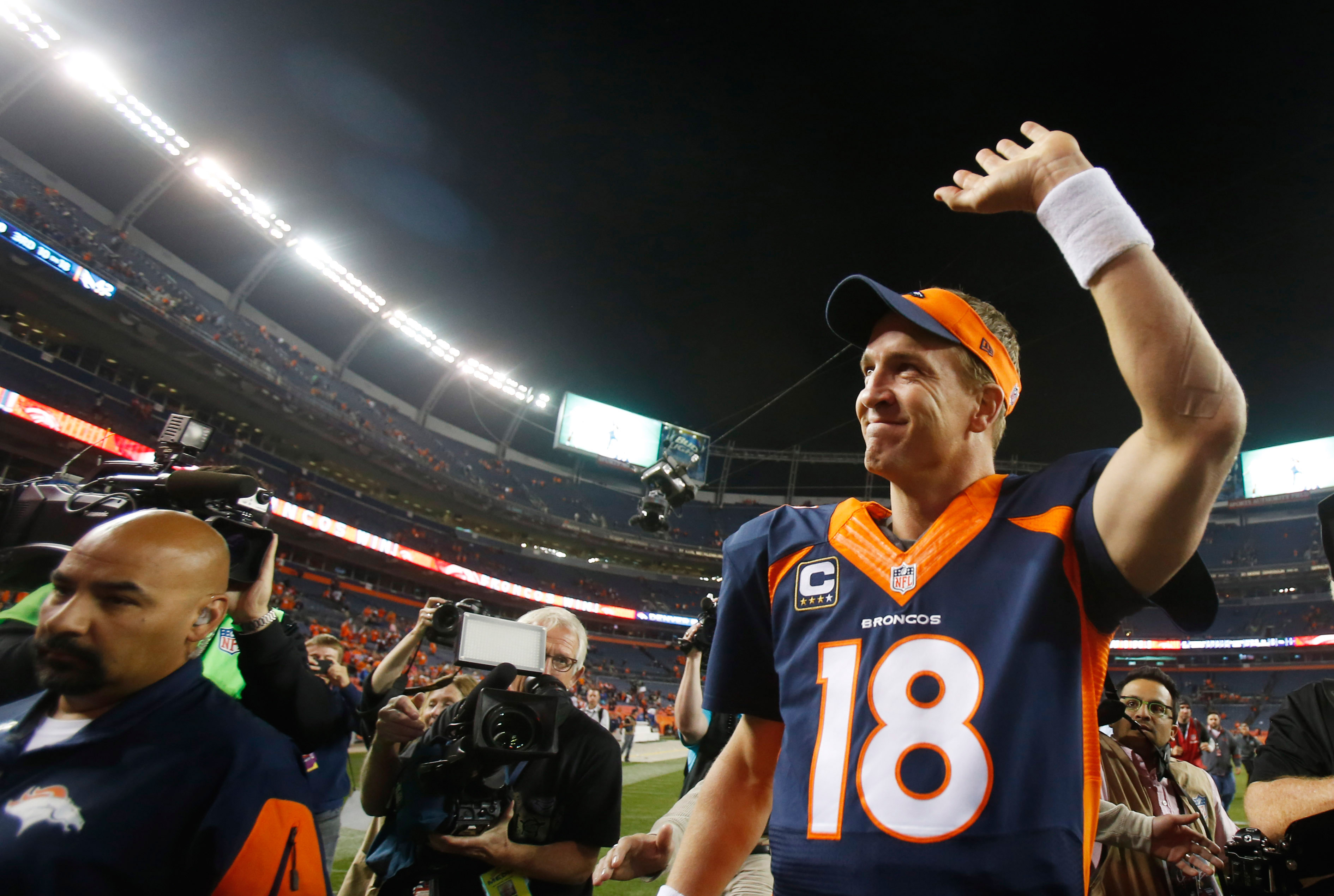 When the Broncos play the Chargers on Sunday, Peyton Manning will assume a role he has never held during his 18-year NFL career: backup quarterback.

If nothing goes wrong before Sunday, Manning will be active for the first time since being benched with a torn plantar fascia seven weeks ago. Still, coach Gary Kubiak announced Wednesday that Brock Osweiler will remain Denver’s starter this week.

Kubiak: If everything goes well, #Manning will be the backup vs. #Chargers.

“Time to take the next step. Will take it one day at a time."

The Broncos are 4-2 with Osweiler starting. The former second-round pick has completed 61.7 percent of his passes this season for 1,735 yards and nine touchdowns against four interceptions. Before his injury, Manning was completing less than 60 percent of his passes for the first time since his rookie season and had thrown more interceptions than touchdowns (17 to nine) for the first time in his career.

Here’s what Kubiak had to say about his quarterbacks, according to the Broncos’ official web site.

“It’s always been about Peyton’s health, getting him back in position to help this football team,” Head Coach Gary Kubiak said.

“It’s the next step we need to take. He hasn’t played in [nearly two] months.”

“It’s a combination of things,” Kubiak said, citing Manning’s health as well as the fact that Osweiler has “done one hell of a job” as the starting quarterback the past six games.

The Broncos are 11-4 and have clinched a postseason berth, but need a win Sunday to assure themselves the AFC West title and a first-round playoff bye. That means they can’t let Manning test his foot in action unless their game against the Chargers is a blowout in one direction or the other.

The interesting dilemma comes in the playoffs when Manning might be fully recovered. Will Denver turn back to its future Hall of Famer or keep trudging forward with the relatively untested Osweiler?

This dynamic creates all kinds of fun possibilities. Maybe we’ll get a redux of Drew Bledsoe replacing an injured Tom Brady in the 2001 AFC Championship games months after Brady stole Bledsoe’s job. Or maybe we’ll see a reversal of this legendary Osweiler-Manning moment.