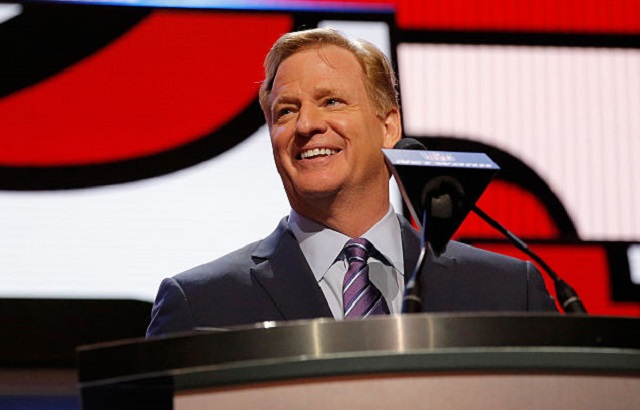 Sportsmanship is one of the NFL’s bedrock values and the league’s commitment to it is stronger than ever. Football is an undertaking of a highly competitive nature and the league does not seek to change that. That doesn’t mean it can’t also be a gentlemanly pursuit.

This season, officials have been instructed to crack down on unsporting displays of taunting. Every time I see a player dance after a touchdown or a sack, I know the youth of today gets corrupted by a me-first culture that can only end in severe criminality, rap fandom, or being on their dang phone all the time. So far, 10 taunting penalties have been called in 32 games, twice as many as the five called in the first two weeks of the 2015 season.

We’re on pace to easily eclipse the 24 taunting calls from last year. While I can see how the penalties might be frustrating to fans who see their favorite team get punished for – and games be decided by – the amateurish antics of a celebrating player, directing that anger at the league is misplaced. This is a necessary re-education of our players, who were failed to be taught proper discipline in college. We’re doing this for your benefit. In the future, when the nation’s children insist on saying please and thank you and holding open doors and holding out chairs, you’ll know who was responsible.

The NFL led the way.

Just as the league implanted computer chips into balls to detect how close kicks come to the uprights, the NFL will soon have technology within helmets to gauge how much fun an individual player is having. Should fun levels spike above acceptable thresholds, officials would be able to flag that player even before they engage in a lurid, uncivilized, frankly vomit-inducing act of dancing. That’s a future to which we can all look forward.

Well, well, well, look who’s up to no good again. Just when I show leniency and allow Josh Gordon to be reinstated despite numerous instances of unforgivable marijuana consumption, I see he’s run afoul of the law again. This week, an arrest warrant was issued for Gordon because he blew off a court order for a paternity case. Not a good look, my friend.

Lucky for him, he’s scheduled to return the same week the Browns play Tom Brady and I’m not about to make that game any easier than it’s already going to be for Mr. I’ve Never Eaten A Strawberry. So Gordon is still on track to return… for now.

A Quick Reminder About Hall of Fame Candidacy

The Pro Football Hall of Fame does not have a “character clause” blocking people from being enshrined on the grounds of gambling, cheating, or, say, raping a dozen women. So that’s why former New Orleans Saints safety Darren Sharper is presently a candidate for induction into the Hall. Let me assure you there’s no way he’s going to be voted in. He would have to bribe quite a few voters — and handsomely — for that to happen. And since he’s currently incarcerated, that would be an extraordinary feat indeed.

As an added precaution, I’ve instructed HOF voters not to accept any bribes that originate from a federal penitentiary. And if they must be swayed, be sure to check with fellow voters to make sure Sharper doesn’t pass. It would look really, really bad for us.

A Cute Joke, So Long As It’s Just A Joke 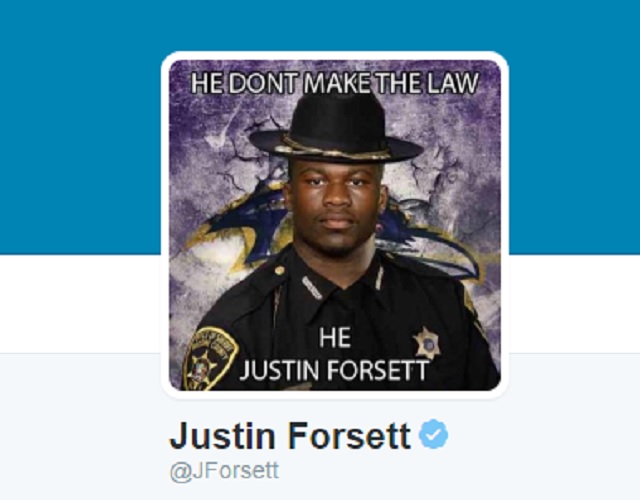 What you see above is the new Twitter profile picture of Ravens running back Justin Forsett. A clever pun, sure, though I caution any player who thinks he has a role in enforcing the rules. You enforce nothing, Justin.

Keep in mind it doesn’t say I can’t fine you for impudent profile pics in the CBA. Probably should have thought of that, DeMaurice Smith, ya old goat.

What breathtaking wisdom from the reigning MVP. At a time when a poll shows 44 percent of people would consider not watching football anymore if anthem protests continue, this is the sort of measured response we need. Those meetings with Frank Luntz are working wonders, I see.

During his Wednesday press availability, Richard Sherman discussed police violence rather than field questions about the upcoming game against the 49ers, though he did answer them later in the locker room. While the NFL respects the work of its dutiful media partners, 44 percent of the public definitely doesn’t care if beat reporters don’t get their piddling questions answered, so maybe this can be the new protest.

Leave the anthem alone. We can’t lose half our audience. I’m trying to be understanding over this. The owners are going to kill me if we lose half the audience. And if I crack down on the protests, the other half of the country will hate me. This is an awful bind. I’ve grown accustomed to making $30 million a year. I can’t go back to making a measly few million. I’ll wither and die. I’d be one of those pathetic people on House Hunters who has to settle for the eight-bedroom option on their third home. 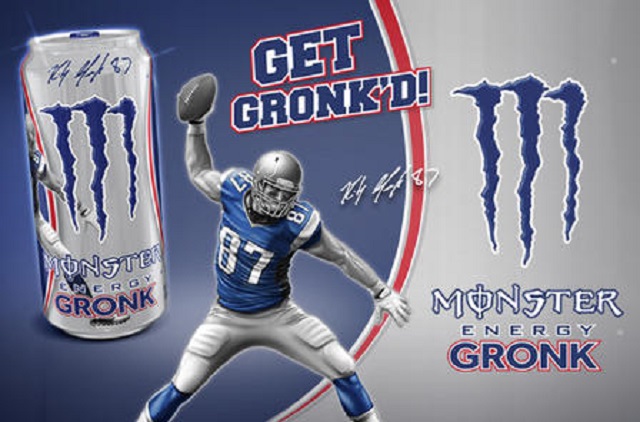 It’s still unclear whether the Patriots tight end will take the field for the first time this season on Thursday night. Frankly, it isn’t looking all that good. With all the politics running rampant around the NFL, it’d sure be nice to have some good mindless Gronk back in our lives, though only if he doesn’t spike the ball too hard or make suggestive gestures after making a catch. As for the drink, it blinded me for 10 minutes and made my fingers involuntarily plays the chords to “The Boys Are Back In Town,” which I think was the desired effect?

You know, we set up this rule where a player can be ejected for having multiple personal fouls in a game and so far, no one has gotten tossed. I appreciate that players respect the authority on display here, but you don’t introduce a new shiny toy just so you can never use it. We need to strike fear into these players. It’s Chekhov’s personal foul suspension. So hopefully Odell Beckham and Josh Norman mix it up good, but in a way that doesn’t result in criticism for me.

Oh, wait — did we schedule the Bears in prime time games in back-to-back weeks? We probably shouldn’t have done that. Anyway, here’s hoping people enjoy teammates yelling at Jay Cutler and/or Brian Hoyer.