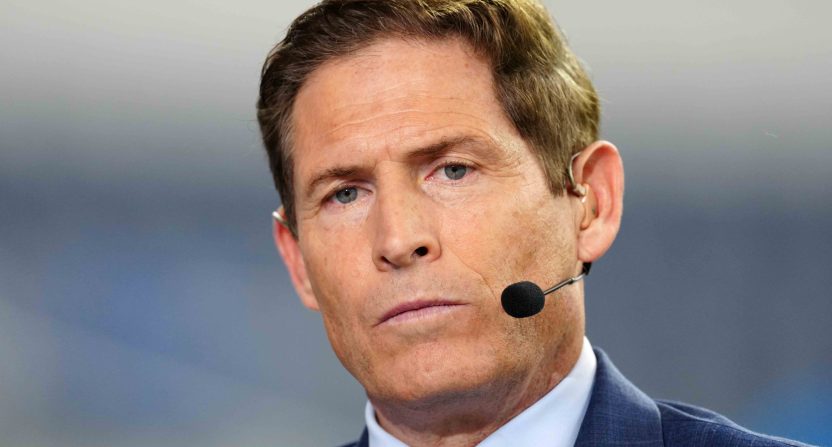 Hall of Fame quarterback Steve Young seemed like a cool customer on the field but looks can be deceiving. Young had to deal with bouts of anxiety over the years.

The San Francisco 49ers star grew up having to deal with separation anxiety and oftentimes would use athletics as an excuse not to hang out with his friends. Young shared more about his fears at a recent charity event.

“I didn’t know this, but I grew up with severe childhood separation anxiety,’’ Young, 60, explained. “All I knew was that I didn’t sleepover at other people’s houses. I had straight A’s, I didn’t miss a day of school, and I was captain of three sports. I mean, if you knew me back then you’d say, ‘That kid’s killin’ it.’ Because I was killing it. But if you said, ‘Hey, wanna sleepover at my house?’ The answer was: ‘It isn’t happening.’

Young admitted in his bio that although he wanted to be the best quarterback in the league he also dreaded being the best.

The breaking point for Young came in 1991 after a few sleepless nights before a game against Atlanta. He decided he needed help but it was under one condition: the 49ers had to beat the Atlanta Falcons and, of course, they did.

Steve Young made a deal in 1991: *If* the #49ers beat the Falcons, he'd finally talk to a professional about his anxiety. What happened next explains why he's fighting for better mental health services for so many kids who are struggling @childmindinst https://t.co/JYohHDtsaL

“If we win,’’ he emphasized. “Because you can’t show weakness, right? You can’t say that there’s something wrong if you lose, because then it’s an excuse. But if we win, I’ll talk to the team doctor and tell him that something’s not right.”

Young hopes that children who grew up like him no longer have to hide their anxiety.

“And I really wish that for every young kid, for any little Steve Youngs running around, that somehow someone can say, ‘Hey, is everything OK?’ And that the little Steve Young would be OK to say, ‘I’m not sure. Something’s not right.’  … Simple stuff like that will make all the difference.”

This reader comment is what happens when people like Steve Young have the courage to speak out about mental health, especially when Ronnie Lott, Jerry Rice, Harris Barton, Jed York, Barry Bonds and Brandi Chastain are there to back him up #49ershttps://t.co/62ykT0ziWo pic.twitter.com/qo9KRThju2