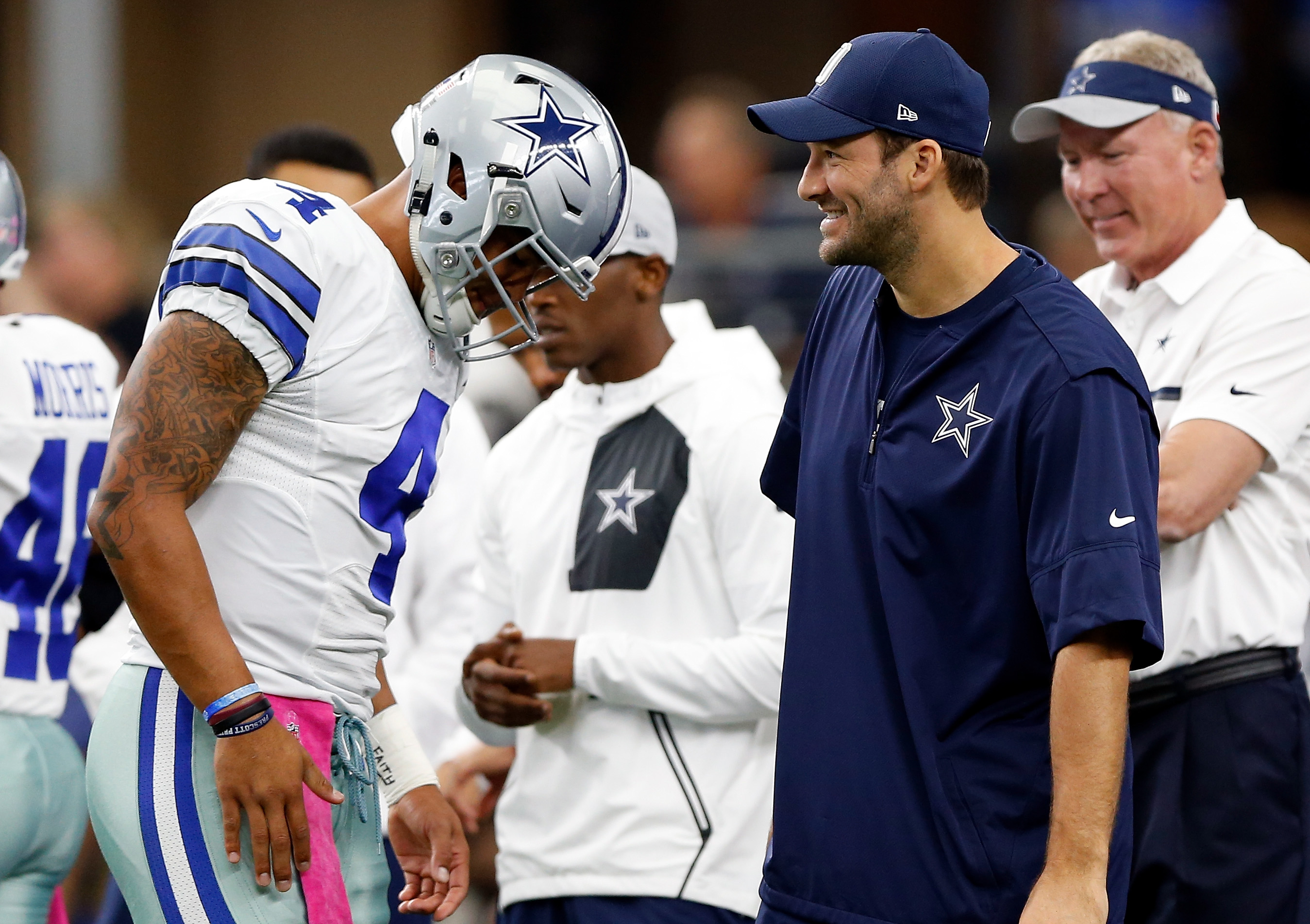 This past Wednesday, Hillary Clinton gave a speech conceding the presidential election to Donald Trump. Less than a week later, we have another big-time concession speech. This one came in the sports world.

On Tuesday, Dallas Cowboys quarterback Tony Romo gave a brief press conference. During this media session, Romo didn’t take any questions. But he did read off a long-winded message letting the world know that Dak Prescott has earned the role of the Cowboys’ starting quarterback.

"Dak Prescott has earned the right to be our quarterback, as hard as that is for me to say," Tony Romo. #LIVEonSC pic.twitter.com/HTJF4wLVAb

Romo has spent nearly the entire season on the sideline as Dallas has gotten off to an 8-1 start behind Prescott and rookie running back sensation Ezekiel Elliott.

But despite Prescott’s strong start with the Cowboys, there have been lingering questions about whether Romo would retain his spot as the starter when he was fully healthy. Dallas owner Jerry Jones didn’t help matters when he said back in October that Romo was still the Cowboys’ starting quarterback.

But obviously, the tune of many, including Jones, has changed. Prescott looks like he will run Dallas’ offense for years to come while Romo, 36, heads toward the end of his career as either a backup or a starter on another team.

With Romo’s striking speech, there was plenty of reaction from inside and outside of the Cowboys’ organization.

Can't hold a real one down

listening to Tony Romo, the way he held himself, and spoke with so much passion shows the true character of what it means to be a competitor

Not gonna lie I actually felt kind of bad for him watching that live. Dude is top 5 QB's I played against!#Salute #Romo https://t.co/g4er1qBDRC

Outstanding from Tony Romo. Those are real emotions when your job is taken away because of injury. Much respect to him for his honesty.

With Romo’s emotional press conference, speculation will begin rapidly on what Romo will do next. But while Romo’s future is in question, the Cowboys’ offensive future seems to be clearly in the hands of Prescott and Elliott.