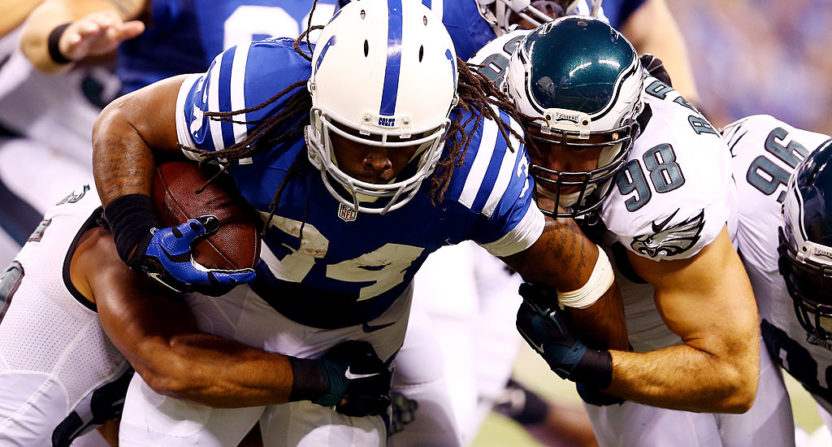 Trent Richardson has not stepped foot on a football field for a game since 2014, but that will soon change north of the border. Richardson has signed with the Saskatchewan Roughriders of the CFL with the hope of reviving his professional football career and erase the stain left behind from a brief run in the NFL.

Richardson, as shown above, is already hitting the practice field with his new team, but he will not be used in a game until it is determined he is in game shape. As noted by Pro Football Talk, Richardson had been in discussions with CFL representatives earlier this year about a possible landing spot in Saskatchewan as he was on the team’s negotiation list, but he wanted to wait and see if a door back to an NFL roster would open up somewhere. With that not appearing to be the case, Richardson now joins the Roughriders in the midst of a 6-6 season.

Richardson was drafted with the third-overall pick in the 2012 NFL Draft by the Cleveland Browns, but the Browns traded him away to the Indianapolis Colts after two seasons. The Colts then dumped him after one season as it was becoming a disturbing trend of being unable to produce any rushing yardage for his teams. Richardson had a cup of coffee in training camps with the Oakland Raiders and Baltimore Ravens after that, but has not been on the radar since then – until now.