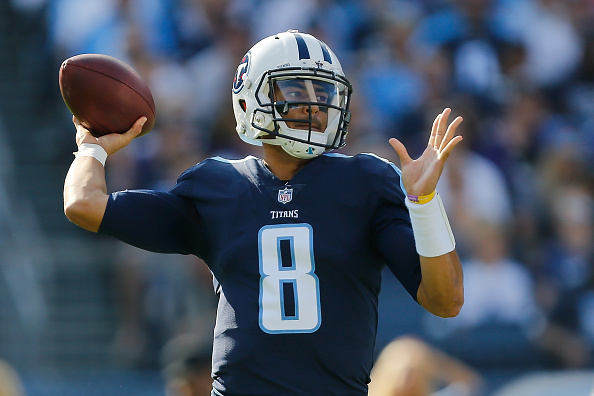 Week 11 of the 2017 NFL regular season is here, and you might be entering the weekend with your own preferences regarding which games to focus on, and which to place on the backburner.

1. Titans at Steelers (Thursday night, NBC/NFL Network): Honestly, this would be worth checking out even if it was a typical garbage Thursday nighter, since NBC is rather boldly going to use the SkyCam as their primary play-by-play angle. But like Seahawks-Cardinals (Week 10), Chiefs-Raiders (Week 7), Eagles-Panthers (Week 6) and Patriots-Buccaneers (Week 5), this is just a great TNF matchup. It’s odd, I know.

2. Rams at Vikings (Sunday, 1 p.m. ET, FOX): Two of the hottest and most surprising success stories of 2017. The winner could have a share of the top seed in the NFC and will be on track for a first-round bye entering the home stretch.

3. Falcons at Seahawks (Monday night, ESPN): Huge matchup for NFC playoff positioning, and these two have developed quite the rivalry. Great quarterback battle between two Super Bowl-caliber teams that haven’t been at their best but are desperate as a result.

4. Eagles at Cowboys (Sunday night, NBC): The Eagles are a must-watch right now and the Cowboys are fascinating considering the players they’re missing. They should put up a fight at home, though, so this is going to be another good NFC East prime-time tilt.

5. Redskins at Saints (Sunday, 1 p.m. ET, FOX): Washington is always entertaining and the Saints are the talk of the league. You know there’ll be fireworks here, so make it your B game in the early Sunday afternoon time slot.

6. Patriots at Raiders (Sunday, 4 p.m. ET, CBS): New England is rolling and the Raiders are desperate, and there’ll always be a bit of a rivalry between these teams. In Mexico, it wins the late Sunday afternoon time slot.

7. Bills at Chargers (Sunday, 4 p.m. ET, FOX): This is a rubber-necker game. You can’t look away. It’s surely going to be close because both teams are allergic to winning consistently and seem to try to find wild ways to lose. You just know we’ll be talking about/mocking this one on Monday morning.

8. Ravens at Packers (Sunday, 1 p.m. ET, CBS): Both teams haven’t been right, but the game matters to both. That’s something.

9. Chiefs at Giants (Sunday, 1 p.m. ET, CBS): Kansas City has faded and the Giants are gone. This should not be a centerpiece.

10. Jaguars at Browns (Sunday, 1 p.m. ET, CBS): The Browns are probably more compelling with zero wins than they would be with one, but I still wouldn’t bother with this unless they have a chance in the fourth quarter.

11. Lions at Bears (Sunday, 1 p.m. ET, FOX): Chicago is one of the league’s more boring teams so this is only worth some second-half looks if it’s close.

12. Buccaneers at Dolphins (Sunday, 1 p.m. ET, FOX): The Dolphins are terrible, but they’ll probably put up a fight at home against a Bucs team that appears to be phoning it in. I wouldn’t bother save for close fourth-quarter action.

13. Bengals at Broncos (Sunday, 4 p.m. ET, CBS): Superb matchup in any of the last four or five seasons. Just not this one. Neither team is going anywhere.

14. Cardinals at Texans (Sunday, 1 p.m. ET, FOX): This game without David Johnson, Carson Palmer, Deshaun Watson and J.J. Watt is like a turkey sandwich without turkey. Or bread.