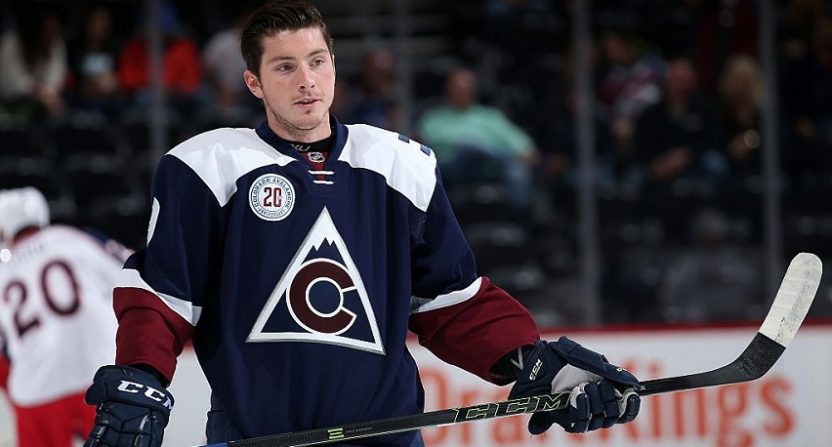 The NHL trade deadline has come and gone once again. No large blockbuster trades were made, meaning it was a boring day for most fans. Rumors for a period of time centered around some bigger name players moving. Yet some of the worst teams in the league which needed to sell off their pieces decided to stand pat.

It’s a perplexing set of circumstances. But in a league where every team feels like they are able to win at all times, it makes sense why they wouldn’t want to move anyone. These are the names that should have been moved at the trade deadline if their clubs had any common sense.

One of the better forwards in the NHL during the past half a dozen years, Duchene is stuck on a Colorado Avalanche team that is spinning its wheels. They are making very little progress on their rebuild and now have a forward who is wasting his prime years on a team that isn’t very good.

Reportedly, Duchene drew lots of interest from general managers around the league. But general manager Joe Sakic’s asking price was too high, seeking multiple top flight prospects and multiple first-round picks. Duchene is good, but not worth mortgaging your entire franchise’s future. If he gets moved, it will likely be in the offseason after the Vegas expansion draft.

For a team that wants to supposedly restart their rebuild, the Avalanche seem rather unsure of themselves. Not dealing Duchene is a prime example of that.

Right near the Colorado Avalanche at the bottom of the standings, the Arizona Coyotes knew they were going to be sellers at the deadline about two months ago. They made some trades and were able to get some value from Martin Hanzal, but it was believed that Vrbata was going to be the next player to fetch that kind of return.

Vrbata is on track to have his third-best season as a pro at the age of 35. His point output is going to put him in elite first-line company. So why didn’t he get moved if he is having such a great season?

Vrbata is scheduled to make an extra $250k for every playoff round that he advances in and for the teams already contending, their cap is tight. Overages would eat into next year’s cap and Vrbata shouldn’t be the player that hampers a team going into next season. Nonetheless, it’s odd that no one took a shot on him.

Green isn’t the same point-per-game player he was when he played with the Washington Capitals. But that doesn’t mean he still can’t contribute. He has been the No. 1 defensemen on a Red Wings team that is bound to miss the playoffs for the first time in 25 years. It is a literal end of an era for the team.

Detroit sold off some pieces and decided to hold onto others, but its biggest mistake may have been keeping Green at the deadline. He still holds some value and has underlying numbers that analytically-based teams salivate over. Green’s contract doesn’t expire until after the 2017-18 season, meaning that he wouldn’t just be a rental either.

If the Red Wings wanted to start their rebuild, Green should have been one of the first people they dropped. He is a luxury they just can’t afford.

Much like Duchene, Landeskog has some value and is in his prime. As the youngest captain in team history, the trade may sting for a bit, but it would be a necessary move. Landeskog is a bit more defensively focused than Duchene and more grit to his game. For those interested in that type of player, Landeskog should be their guy.

He is on pace to have his worst point output of his entire career, not counting his injury-shortened season. Landeskog was once viewed as a future Selke Trophy winner, defensively sound with a great offensive touch. His value may now be in the dump because of the season the Avalanche are having.

While trading Duchene in the offseason is still a possibility, Landeskog was never going to have a value higher than he did before this deadline. He is now only going to be criticized for the season he is having. Can he bounce back? Has he lost his touch?

If Colorado knew any better, the team would’ve traded him when it had the chance. Instead, they are going to stick with an asset that is losing value by the day.