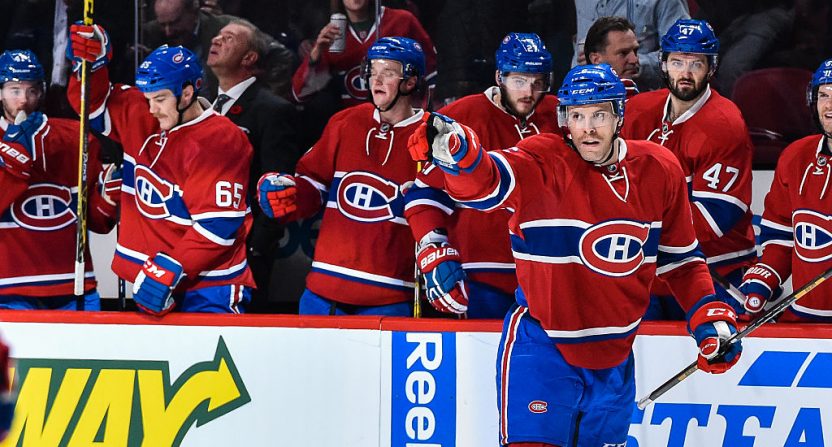 In this day and age, grit doesn’t win championships in sports. Unfortunately, the Montreal Canadiens didn’t get that memo and their season is now over sooner than expected because of it.

Let’s rewind a little bit. In the previous offseason, general manager Marc Bergevin tried to swing for the fences in order to reshape a team that failed to qualify for the playoffs.

Bergevin dealt P.K. Subban, the Habs’ best defenseman, to the Nashville Predators in a shocking one-for-one swap for former Norris Trophy winner Shea Weber. He dealt the effective, but underwhelming eye-test Lars Eller in exchange for draft picks. He then used said picks to pick up Andrew Shaw, a “proven winner” with grit and edge the Canadiens apparently desired. Finally, he added polarizing Alexander Radulov from the KHL in a move which further illustrated risk-taking, as the former Predator previously worn out his welcome in the NHL.

On paper, the gambles paid off.

Montreal finished first in the Atlantic with a 47-26-9 record, Weber and Radulov made immediate impacts in their first seasons and even with the late-season firing of Michel Therrien, the Habs remained in good shape by bringing back Claude Julien, one of the league’s best bench bosses. At the trade deadline, Bergevin continued to prefer size over skill, adding Andreas Martinsen, Steve Ott, Jordie Benn and Dwight King for a playoff run.

Come postseason time, Montreal had a relatively good playoff matchup against the overachieving New York Rangers. But after taking a 2-1 series lead, the Canadiens turtled, losing three straight while scoring just five goals. Instead of a prolonged playoff run, the Canadiens are heading to the golf course. Bergevin risked a lot for the 2016-17 season to be a success, but ultimately, his risks will cost the team big-time going forward.

Trading for Weber was the obvious no-no. Regardless of your opinion on P.K. Subban’s impact, it’s hard to deny the man who replaced him will be able to fill-in long-term. Weber’s 40+ point season looked great, but as a mediocre possession player, who only scored 16 even strength points (Jeff Petry and Andrei Markov had more) and is already past the peak of his career, this just reeks of future problems. Weber is owed an AAV of 7.85 million per year until 2025-26. At 31, there’s no way I’d want Weber on my team at that cap hit for the next three seasons, let alone until he’s 40.

Furthermore, with Alex Galchenyuk hitting restricted free agency and Alex Radulov needing a new contract, Weber’s deal impacts both the present and the future. It’s a huge burden on the Canadiens.

Looking even further ahead, Carey Price is set to become a free agent after next season. I’d bet he sticks around in Montreal, but I can’t imagine he’s thrilled seeing the Canadiens continue to be mediocre as he wastes prime years saving the team on a consistent basis.

How do you lose a playoff series when your goalie plays like this?

Carey Price finished the series with a .933 save percentage and a 1.86 goals against average.

Ultimately, the guillotine should fall hard on Bergevin. He clearly doesn’t understand how to win in today’s NHL. Without Price, the Canadiens are a bad team with bad contracts. After this latest playoff failure, it would be shocking for the notoriously reactive Habs to keep him around.

Bergevin inherited the league’s best goalie, one of the league’s best defenseman and Max Pacioretty, an elite NHL goal-scorer and did nothing with them. The GM wasn’t all bad, as deals for Alex Radulov and Jeff Petry were great, but neither outweighs his sins during Summer 2016.

Next season, the Canadiens really have no choice but to contend. Price negates any attempts at rebuilding, because, well, he’s that freaking good. But what Montreal can do is be smarter in building its roster and adapt to the modern game. Favor skill over size. Build depth and afford young players opportunities (bye, bye Sven Andrighetto). Lastly, be smart! There are too many good pieces for the Canadiens to be so damn mediocre. Adapt or die. It’s now or never for the Canadiens.