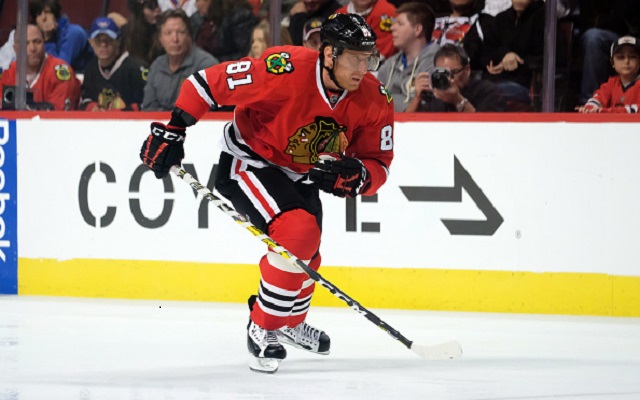 If you had to build a hockey roster but could only pick one player from a country, how would that roster look? What’s the best possible roster using those rules? When is it time to start judging teams? Who is the most boring team? And what is up with people trying to label Odell Beckham Jr. a diva? (Hey, it’s my mailbag, and I’ll do what I want.)

@davelozo What would your all-time starting lineup be if you could only choose one player per country? One Canadian, American, Russian, etc.

Instead of a starting unit, I’ll build an entire team. It would take me five seconds to pick three forwards, two defensemen and a goaltender, so let’s force me to earn my pay.

This was way more difficult than I thought it would be. Once you burn through players in the power nations, you’re left with Marius Czerkawski getting significant minutes on a third line. I opted to stack my top-four defensemen, and top-two centers, because I figure this team will have to beat an alien race to save the planet, and I want to be loaded down the middle and in net. Dominik Hasek may have to steal a game from Mars.

Try doing this yourself if you have an hour and want to become incredibly frustrated. If you take Wayne Gretzky, then your defense is weakened. If you want to use Patrick Roy, then that allows you to use Jaromir Jagr, but once again, Bobby Orr is left off. If you want Alex Ovechkin, then who becomes your top center? It’s maddening. I did this to myself. Why didn’t I just pick a starting five like the question asked?

Build your own team. Good luck explaining to your boss why you’ve been looking at this Wikipedia page all afternoon.

@davelozo how soon are you willing to discuss "if the playoffs started today…"? Quarter of the way into the season, halfway?

I’ll say 70 games, and that’s probably too soon. You can probably peg 13 of 16 playoff teams by the All-Star break, but daily hypothetical seedings are pointless until the final month. Just last season, the Islanders tanked their way out of a first-round matchup with the Penguins (and it worked, as tanking is good) and there were like two games left at the time.

I don’t even think about the quality of most teams until they’ve played about a quarter of their schedule. As of right now, the Canucks are 2-0 and the Oilers are 2-1. The Blackhawks are 1-2. Let’s all pump the breaks on expectations and just enjoy the greatness of opening-week hockey, when no one is good at defending yet.

@davelozo Could Joe Colborne be the Avs saving grace this season? (This is half-serious but like he got a hat trick so it's possible)

Seriously, don’t even look at the standings or any stats through 20 games because it leads to things like this.

@davelozo do the Rangers have any chance in hell to be a significant force in the East this year?

Not with that defense. They can be a playoff team, though.

@davelozo do you think obj and the net are gonna make it?

That relationship has a lot of… holes in it! Get it? The net has holes.

While I’ve got you here in this hockey mailbag, can we talk briefly about how badly people want you to think of Odell Beckham as a diva? For two-plus years, people have wanted that narrative to be a thing because he’s a super-great wide receiver and stereotypes dictate that’s what he should be although he has shown no propensity for any theatrics until this year. This whole net thing is partly his creation but it’s mostly not.

Think about how this all started: In frustration during the loss to Washington in Week 3, ODB swung his helmet at a kicking net and knocked the net onto his head. It was funny. It was a running joke for weeks. And rightfully so. He also cried a little as time ran out. Is it mean to make fun of that? Yes, but it’s still sort of funny. In my best Law & Order judge voice, “I’ll allow it.”

A week later in Minnesota, ODB gets shoved a little late near the sidelines. He sort of goes back at the dude but shows restraint, unlike when he attempted to murder Josh Norman last season. All the officials in the area are like, “OK, fine, let’s go, back to your huddles,” then some hero official fires a flag from like 40 yards away. Then ODB’s “attitude” becomes a talking point for a week leading to the Green Bay game. Ben McAdoo didn’t help that cause by gently placing ODB under a bus and lightly backing over him, but now we’ve got weeks of net jokes and a non-penalty penalty has people worrying about his attitude.

Now, the same people that were making jokes about the net falling on ODB are mad about ODB making a joke out of the net. Somehow, self-deprecating jokes — and everything ODB has done with the net since the Washington game has been a joke at his own expense, which is the exact opposite of diva behavior — make him a diva. It’s like the media has trapped ODB in this Diva Box and unless he shows zero personality, he can’t avoid the diva tag.

It’s not like ODB is ever screaming in Eli Manning’s face on the sidelines (Dez Bryant) or stomping on a logo after a win (Terrell Owens) or flashing people in a trench coat (Chad Johnson). Tom Brady screams at teammates like he’s Veruca Salt when something goes wrong, but a dude poking fun at himself with some solid prop comedy is somehow a diva?

Depends on what you mean by negative. Someone will write something about his inevitable scoring slump or extended stretch of bad play. (He’s a rookie, so it will happen.) But if you’re talking about an unfair savaging, never. 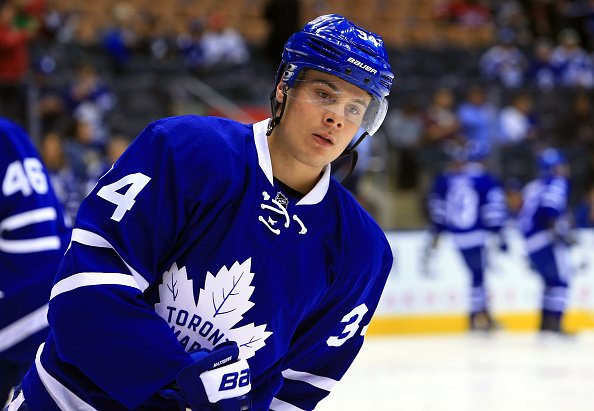 A thing you have to understand is when most columnists, especially Toronto ones, take out the carving knives, it’s at the behest of team management and coaches. If Phil Kessel was beloved by that front office, he’s not getting killed on a bi-weekly basis. If he was Toronto’s golden boy — like Matthews is now and forever — it never would have happened. Columnists don’t want to bite the hand that feeds them, so a “Matthews seen out late” or “Does Matthews want it bad enough?” column ain’t coming, because that columnist doesn’t want to cut off the flow of propaganda… I mean, information… from team sources.

It is the wont of NHL writers to blame the follies of a very bad team on its best player — just ask Sidney Crosby — but considering his age, talent level and the Leafs new front office, there’s a better chance of me playing goaltender in the NHL this year than there is of a Matthews knifing in the media.

@davelozo why is the Blue Line 10x thicker than the Goal Line? Thinner blue line would = less offside confusion?

Genetics? Diets? The blue line works out more? Who can say?

@davelozo whats the one NHL team that you have 0 interest in ever watching? Mine is the sens…

The Kings. It’s been the Kings for at least four seasons. Even the really good Kings were boring. Sometimes those Sharks-Kings games are good, but Kings-random team is just bad. The Kings are big and slow. They grind. They never score off the rush. And now that they are down to Jeff Zatkoff, they’ll probably play an ever safer, duller brand of hockey. The next three to four months are going to be bad.

That’s my buddy Pete. He’s a big Bruins fan. He writes about hockey, but sometimes he will confide in me that the game can be too complicated for him. To be fair, he thinks you can get Netflix in prison, so let’s all be nice to him. This mailbag is a safe space and I’m glad he came to me with this.

To answer your question, a “hard pass” is simply a pass that is made at a greater rate of speed than your average pass. You’ve probably heard it during games a lot, so maybe putting it into context will help. “Zdeno Chara attempted a hard pass, but it was intercepted and taken the other way for a goal.” “David Krejci couldn’t control the hard pass.” “The hard pass bounced of Kevan Miller’s skate and into his own net.”

I hope this helps, Pete. Love you.