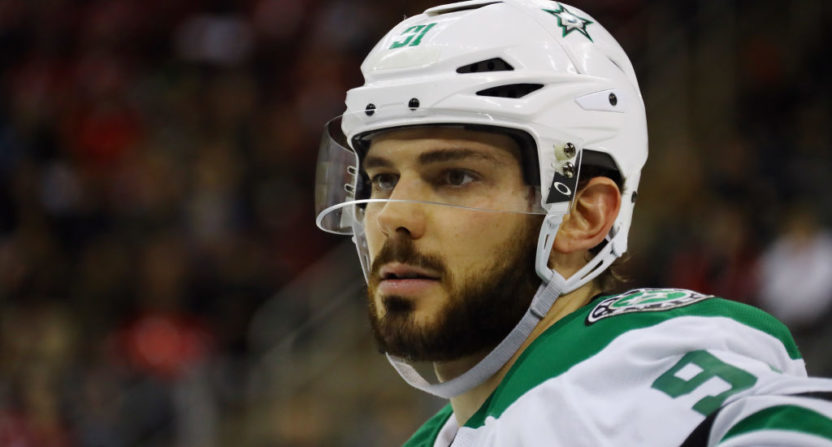 The list of NHL stars who have publicly voiced their displeasure over the league’s decision to skip the 2018 Winter Olympics is growing. Previously, Connor McDavid stated his disappointment and the NHLPA warned of “payback” in future collective bargaining agreements due to the NHL’s decision to skip the  2018 Games in Pyeongchang.

Now, Tyler Seguin has joined the growing list of stars who sound pretty upset about not being allowed to represent their country on one of the game’s biggest stages.

Speaking with TSN.ca (video may not be available in some regions), Seguin discussed how it’s “heartbreaking” that he won’t have the opportunity to play for Canada in 2018 after missing out on the chance to represent his country during the 2014 Olympics.

“It’s a bit heartbreaking for sure. Growing up as a kid, for myself at least, and I’m sure a lot of guys in the league, it was a dream to play in the NHL and win the Stanley Cup, and also represent your country. That’s the pinnacle of sports and the pinnacle for a hockey player.

It’s definitely not something I really support, not going. I wish we could. But at the end of the day, you’ve got to go about the business.”

Ultimately, the NHL’s decision to stay at home is all about business. In the league’s mind, interrupting the regular season to send players abroad isn’t worth the potential benefits of trying to grow the game through the Olympics. That’s certainly a debatable decision, but the players don’t have much say in the matter.

At least, the players don’t have much say now. That will all change when it’s time to start negotiating a new collective bargaining agreement. With the NHLPA already promising payback and the league’s brightest stars vocally expressing their disappointment, there’s bound to be some nasty negotiations looming in the future. The current agreement is in effect until September 15, 2022, but whether or not a new deal is reached in a timely manner will depend on how big of a grudge the players hold over the Olympics decision.