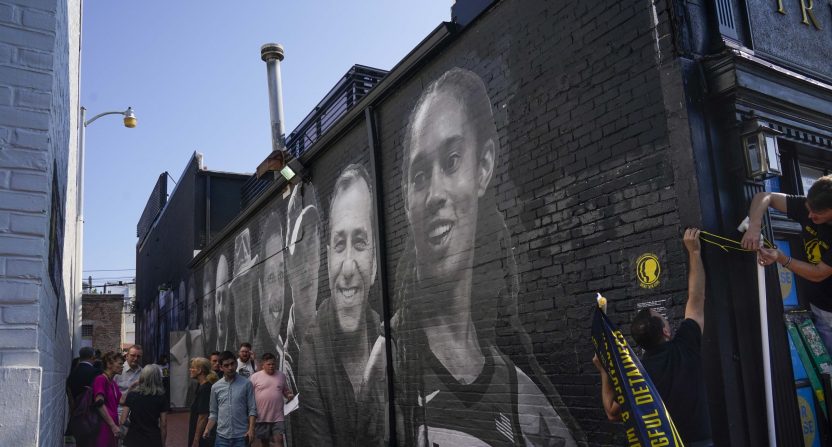 While WNBA star Brittney Griner remains on trial in Russia over drug charges stemming from cannabis oil found in her luggage, the United States appears to be upping its efforts to get back home.

Griner pled guilty to the charges as part of a trial that experts have described as a political sham, saying that while she did bring the cannabis oil into the country, it was part of a medical prescription and done by mistake.

While a certain group of Americans has seemingly taken the stance that Griner deserves to be punished severely, the U.S. government has been working for some time on figuring out how to get her back home rather than serve what is likely to be a significant prison sentence. President Joe Biden and other members of the government have been making overtures to Russia about Griner’s release, trying not to play into Russia’s hands about making her more of a political pawn than she already is.

There have been rumblings for some time that Russia will expect some kind of prisoner exchange in order to agree to send Griner home, much like they did with Marine Trevor Reed. The Kremlin has been said to be interested in swapping Griner for Victor Bout, a Russian arms dealer known as the “Merchant of Death” who is currently serving a 25-year federal prison sentence for conspiring to sell weapons to people who said they planned to kill Americans.

CNN is now reporting that as what is being discussed by the two governments.

CNN reporting that the U.S. proposal was for Viktor Bout, known as "the merchant of death." There's been speculation since Russian state media floated his name, but U.S. officials had not confirmed. https://t.co/ADbJcYPRcA

As ESPN’s T.J. Quinn notes, Secretary of State Antony Blinken has said he is speaking with Russian foreign minister Sergey Lavrov to demand the release of Griner and fellow prisoner Paul Whelan and that there is a proposal on the table, though they did not confirm that it includes Bout.

NEW: Sec of State Antony Blinken just now: will speak to Russian foreign minister Sergey Lavrov and demand release of Brittney Griner and Paul Whelan. Says US "Put a substantial proposal on the table weeks ago" to facilitate their release. First public acknowledgment of proposal. https://t.co/YOKMzVeEFo

This felt like the inevitable way that this situation would go, though it’s likely that we’ll still have to wait for the Russian court to make its “official” ruling on Griner first. But it’s a good sign that the WNBA star could be coming home soon, though the conversation around the imprisonment and the swap is likely to continue for some time.