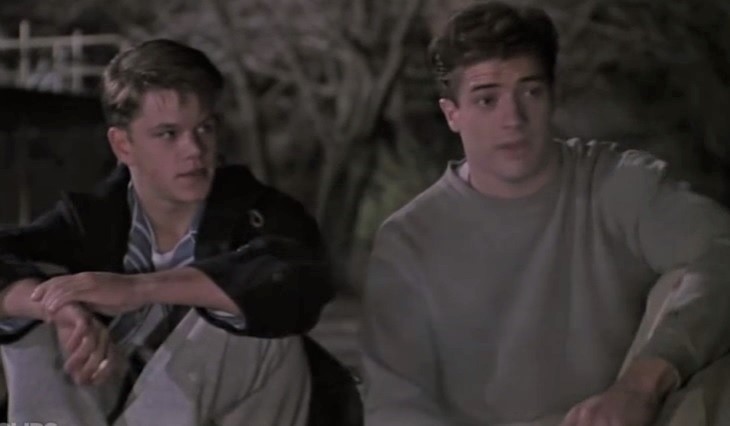 As a 14-year-old Jewish kid living in the New Jersey suburbs in 1992, anti-Semitism wasn’t something that reared its ugly head all that often. While the hall of a public middle school can be hell to some, I can’t recall any specific instances when being Jewish was used against me or my Jewish friends. The only Jew jokes I remember were the ones we told one another. We lived our lives no differently than the other kids around us. Even if we knew there were micro-aggressions and tiny truths that separated us, they hardly amounted to anything more than an eye roll or passing thought you kept to yourself.

But we had heard about anti-Semitism. We’d heard stories from our grandparents, who fled Germany or had family who did so. We’d listened to aunts and uncles recount callous encounters with other people in public. We’d watch movies and read books that detailed tragic tales of anti-Jewish rhetoric and their results.

There’s a strange thing that happens to you when you grow up that way. You’re thankful for the safety and sanctity of the life you’ve been provided, even if you don’t realize it on a conscious level. But there’s a part of you, confusingly, that also wishes life was more complicated. That in some way you had to take on these hardships head-on in order to harden your own shell and prepare you for life a bit more. It sounds privileged and naive, perhaps, but you’re left always wondering what you would have done if faced with anti-Semitism or bigotry in a more literal way. Would you have stood up for your community? For yourself?

That’s what made School Ties such a powerful film for someone like me. Released 25 years ago on Sept. 18, 1992, the sports-drama film spoke specifically to me, practically begging me to confront the notions I’d always wondered about.

A fresh-faced Brendan Fraser stars as David Greene, a working-class kid from Scranton, Pennsylvania in the 1950s. A talented quarterback, he’s given a scholarship to play at exclusive prep school St. Matthew’s in Massachusetts. He’s also Jewish, a fact he keeps hidden from his new teammates and friends, who include an eventual who’s who of actors.

Željko Ivanek also shows up as Mr. Cleary, a particularly nasty teacher who seems to delight in breaking his students down and whose eventual comeuppance is extremely satisfying to watch. It was a sign of things to come for Ivanek, who has become the go-to actor for morally questionable antagonists in TV shows.

While David integrates quickly into the group, he also comes to realize that there are simmering anti-Semitic prejudices among them, but he remains quiet in order to keep the peace.

We soon learn that while David was recruited to join St. Matthew’s because of his football prowess, the fact that he is Jewish was almost a dealbreaker for the school. When David leads the team to victory over their rival school on a Saturday, the headmaster asks him if winning the game was worth breaking tradition for. To which David gamely replies, “My tradition or yours, sir?”

Things come to a head when Dillon, resentful because of David’s football ability and the way his crush Sally (Amy Locane) feels about him, finds out that Greene is Jewish and turns everyone against him. When a cheating scandal turns the school upside down, that prejudice ends up influencing the way people see David, whether he’s responsible or not.

From a storytelling perspective, School Ties is effective because of its straightforwardness and the way the actors commit to it. Fraser might be better remembered for his wacky performances (Encino Man was the same year), but his turn here is grounded and always weighted with the sadness he carries thanks to his secret. He doesn’t get the credit he deserves as an actor, perhaps rightfully so given his career choices, but performances like this one serve as reminders that he can be understated and authentic.

Despite the fact that he’s ostensibly the second lead of the movie and the main antagonist, Matt Damon was still a relative unknown at this point. I always find it humorous to look back and remember just how much I hated Dillon, and by extension Damon, for so long. Good Will Hunting was still five years off so, between now and then, thinking of the actor filled me with a kind of disdain reserved for violent criminals. Ultimately, it’s a credit to Damon’s range even then, giving us the pathos that makes us feel sorry for Dillon and then replacing it with the disgust for his actions.

It wouldn’t surprise me to find out that most people either don’t remember much about School Ties or only remember it in passing. But for someone like me, there are scenes in this movie that I rewound my VHS copy to watch again and again the same way I might have done for Tim Burton’s Batman. The aforementioned chapel scene where the headmaster catches David praying is a particularly satisfying one. The scenes where David is confronted with awful verbal tirades from so-called friends or returns to his dorm room to find a swastika hanging over his head are particularly confronting. I may have reenacted an early scene where the boys hang out singing “Smokey Joe’s Cafe” more than a couple times myself.

But perhaps no scene remains more memorable to me than when David asks whoever made the swastika sign to meet him behind the dorm hall that evening. When, predictably, no one shows, David stands there in the rain watching the lights from every room turn on. He stares back at the faces of not only those who would chastise him, but also those who sat back and did nothing about it. As he screams “Cowards!” at them all, you realize this might be the only satisfaction that he, and I, can achieve.

Ultimately, what is right prevails because one of the students finally speaks up, putting his own career on the line by admitting he failed to adhere to the school’s honor code. It’s a small sacrifice in the grand scheme of things, but the point is made that small sacrifices are what make the difference sometimes when it comes to speaking out against prejudice and bigotry. (Perhaps a lesson we can remember here in 2017?)

In the movie’s final scene, a disgraced Dillon tells David that, one day, people will forget about this but he’ll still be a Jew. David responds by saying, “and you’ll still be a prick,” and walks away. It’s a strong enough capper, but there’s also such a foreboding disappointment in the sentiment. Even in victory, all David can do is start looking out for himself because the world is not going to look out for him. The world will continue to look out for people like Dillon because he’s wealthy and Protestant in 1950s America.

Even as a kid back in 1992, I remember that disappointing sense of acceptance. For people like David, all your wins were just temporary and all you could do was hope to avoid the pitfalls until your next one. For me, a Jewish kid in 1992 living a good life in the suburbs, that wasn’t something that occurred to me. That wanting I had to understand what it was like to be in a position like David’s, maybe the fact that I didn’t was a gift from those who came before me. That’s not to say anti-Semitism doesn’t still exist. Clearly, in 2017 it does. But School Ties reminded me to be careful what I wished for and thankful for what I didn’t have to deal with.