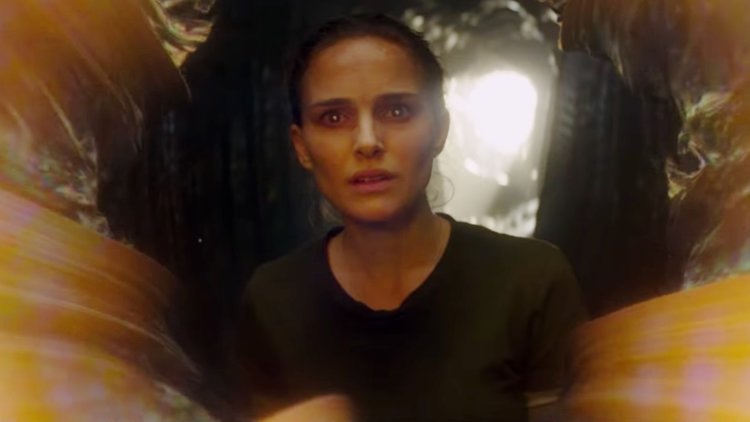 Something about Annihilation doesn’t quite work. Based on its credits, the movie appears to have many good things working for it.

Natalie Portman and Oscar Isaac are well-known stars, both renowned for their work. Tessa Thompson (whom you wouldn’t know is in this film from the marketing) is a rising star. Gina Rodriguez is a popular, award-winning actress from Jane the Virgin. Additionally, Alex Garland has written some of the top sci-fi movies of recent years, including 28 Days Later, Sunshine, Never Let Me Go and the criminally underrated Dredd.

That list also includes his previous film, Ex Machina, a critically beloved directorial debut (though there were rumblings he took over those duties on Dredd) considered among the best made in this new century. Its exploration of artificial intelligence and our relationship with technology seemed especially smart within our current culture.

Maybe this movie tried to be too smart for its own good. There’s definitely a place for brainy sci-fi movies, demonstrated during the past few years by Arrival, The Martian and the rebooted Planet of the Apes franchise. But Garland may have tried to take on bigger themes and concepts than he could get his arms around in a two-hour movie. Sure enough, the film is based on an acclaimed novel by Jeff VanderMeer and it’s not difficult to imagine that the expansive space of a book (which spawned two sequels) better allows to explore this story.

To be fair to Garland, however, Annihilation was also plagued by studio interference, with some producers reportedly worried that the film was too intellectual and Portman’s character too unsympathetic for wide audiences. Garland had powerhouse producer Scott Rudin on his side, which probably mean that his vision ultimately won out. But there are some seams and tape apparent in the flow and tone of the movie that indicate some of those anxieties were addressed.

Let’s try to take a closer look at why this movie didn’t hold together.

Is it a horror movie?

What works best in the movie are its horror elements. The tension that comes with fear of the unknown permeates the film. What could jump out of the woods? What sort of alien lifeform might present itself? Just what the hell happened to all of the people who went into “the shimmer” — the phenomenon that’s slowly expanding along the southern coast of the country, maybe Florida, maybe Louisiana — and never came back?

Garland gets some scares from things that go bump in the night (and at least one in broad daylight), preying on that fear of the unknown and unseen. But he also gets truly creepy with the idea that whatever the Shimmer is interacts with the lifeforms inside it. DNA gets spliced and traits are shared, seemingly creating new species. While that has the potential to create some beautiful new creatures, it also results in some terrifying monster mash-ups. One beast that Portman and her group encounter is horrifying, especially because of an unsettling trait that’s been taken from one of its victims.

There’s also a fair amount of body horror at play as the bodies and minds of these characters is being affected by what’s inside the Shimmer. One particularly grisly scene is available online, which we won’t embed here because of its gory nature. But if you want to check it out, here’s a link. Garland could’ve taken this angle further, but maybe he didn’t want the uncertainty and terror occurring to be about any one thing. While that presumably presented an overwhelming situation for the characters, it may have also prevented the audience from being able to focus on something to make the narrative more clear.

An allegory for soldiers at war?

At a certain point, it seemed as if maybe Garland was trying to make an allegory for war. The people who enter the Shimmer either don’t come back alive or come out as something else. So what happens to them in there? What sort of trauma do they suffer? How do the soldiers cope with that once they return home, along with those left behind?

An early scene when Isaac’s character, Kane, returns after being in the Shimmer for a year has elements of a soldier returning from war and dealing with post-traumatic stress disorder. Of course, Kane very much could be suffering from PTSD following a year in a presumably alien environment, encountering who knows what. What could have been done to him? Perhaps understandably, he’s not ready to tell the full story when Portman’s Lena starts grilling him about where he’s been and how he managed to return home.

Obviously, something happened to Kane — if that is, in fact, Kane. But before Kane exhibits physical signs of concern, it’s easy to imagine him saying, “OK, I’m good” and going back in the Shimmer like Jeremy Renner going back to Iraq at the end of The Hurt Locker. Maybe that would have been a more compelling movie had Lena gone in with him.

There’s another scene which seems as if it might be commenting on soldiers at war. A creature attacks one of Lena’s unit and then attempts to go after each of the others. Each person — who’s presumably been trained as a soldier, but isn’t a soldier — sprays machine gun fire at the beast, but doesn’t subdue it. That is, until the thing goes after Lena. She takes a knee, aims her weapon and proceeds to go into a state of extreme focus as she fires her gun. She’s in the zone, which her comrades notice.

The rest of the movie doesn’t comment on this, but it seems possible that Lena went back to a place where things made more sense. There was an enemy and you confronted it. Her life back home is a mess, though it looks like a happy, young marriage on the surface. Eventually, we find out that each of the people who chose to go on this mission has something she wants to get away from, feeling as if she has nothing to lose.

It’s to Garland’s credit that Annihilation makes the viewer think about what’s really going on. Unfortunately, many people may not want to stick with it because the story doesn’t follow one path. (Some might say it doesn’t follow a path at all.) Interestingly, Annihiliation will be available on Netflix for international audiences and won’t get a theatrical release. Maybe that saves Paramount Studios money in the long run, but it’s easy to imagine people turning this movie off when it doesn’t appear to be going anywhere.

Some critics have compared Annihilation to 2016’s Arrival because it also involves a woman trying to learn about an alien lifeform. The music and sound design are also intriguing aspects of the film. But Arrival is far better, if for no other reason than it was really about something. Amy Adams’ character actually served a purpose. There was a motivation behind the interaction between aliens and humans.

Maybe one of the points Garland is trying to make is that aliens don’t have to invade or interact for a reason. It’s just simply what happens. However, if that’s the case, it doesn’t necessarily make for a compelling film. And then you get reviews like this, stretching to figure out what the director may have intended.