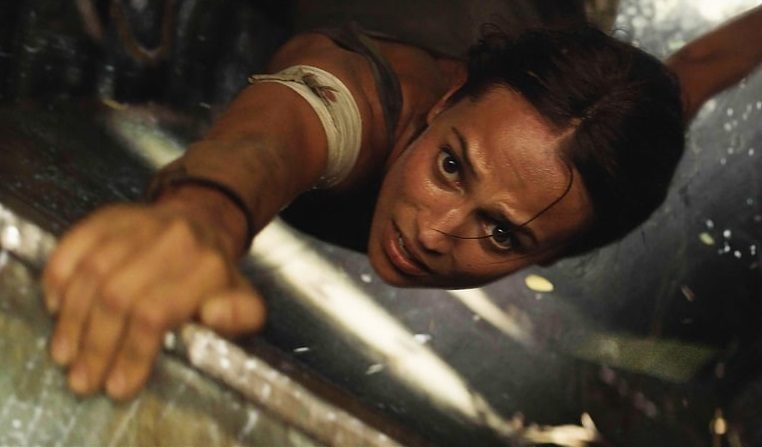 “Video game movies are always bad” is a dependable opinion that can be reliably used without putting much thought into it. There just haven’t been many good ones, other than perhaps the Resident Evil franchise. Let’s include Angelina Jolie’s pair of Tomb Raider films in that group as well.

That puts a bit of pressure on the 2018 version of Tomb Raider, based on the 2013 video game reboot that went back to Lara Croft’s origins, much like Batman Begins or the 2006 version of Casino Royale did for their iconic characters. Origin stories have become a bit tiresome in superhero movies because the narrative is largely the same. Do viewers have any more need for backstory? Do filmmakers have to go back to the beginning to explain and justify the extraordinary tales of heroic adventurers?

While it might have been fine to just drop into Lara Croft’s story and follow her through her latest endeavor, presuming most people are familiar with the character thanks to the video game franchise and previous Tomb Raider films, going back to Croft’s origins utilizes the skills of Academy Award-winning actress Alicia Vikander better.

By not being introduced to Croft after her archaeological exploits have already been established, we get to see an action hero in the making. Similar to Batman Begins, the foundation is laid and the icon is built slowly.

Why is Batman such a good fighter and able to hide so well from criminals (and Commissioner Gordon)? He trained as a ninja! Why is Lara Croft so good at running through forests, climbing mountain faces and shooting a bow and arrow? She’s trained herself in kickboxing and rock climbing to battle the chip on her shoulder put there by growing up enormously wealthy.

Lara has run away from all association with her family, determined to make it on her own. When she’s not delivering food on bicycle throughout London, she’s trying to become an ass-kicker. This movie is a testament to being a gym addict. (Vikander’s abs are most definitely not a digital effect. If it hasn’t already, her core should get her a cover story on a health and fitness magazine.) Lara Croft does not appear to be into Crossfit, however, unlike Ben Affleck’s Batman.

Well, she’s also preparing herself for the day she gets a lead on her missing father (Dominic West), Richard, who disappeared seven years ago while trying to find the tomb of Himiko, an ancient Japanese queen who legend says has power over life and death. (It’s the death part that raises the most concern, naturally.)

Richard Croft didn’t only leave his daughter with daddy issues. He instilled in her a curiosity and aptitude for clickety Asian puzzles. That interest plays a key role in finding the clue that ultimately leads Lara to her father and also gets her started on a life of tomb raiding.

Maybe it would’ve been a funny note to let Croft’s aptitude for puzzles show itself elsewhere throughout the film. Like maybe she could’ve solved a co-worker’s Rubik’s Cube easily. Or been working on a crossword puzzle while traveling from London to the Japanese island where her father and possible cataclysmic danger await. Of course, doing the New York Times crossword would’ve prevented her from obsessing over Richard’s notes, drawings and maps.

It’s likely that director Roar Uthaug and screenwriters Geneva Robertson-Dworet (writer for another female action/superhero franchise, the upcoming Captain Marvel) and Alastair Siddons are far better at their jobs than a part-time movie reviewer. “Puzzle Junkie” just doesn’t have the same juice as “Tomb Raider.”

Since Vikander was announced as the new Lara Croft and leading up to Tomb Raider‘s release, there was sentiment among some fans and movie writers that she was miscast in this role. Part of that surely comes from Croft being a male fantasy with unrealistic proportions in earlier video games. Maybe Angelina Jolie fits that ideal better than Vikander.

But the idea that Vikander wasn’t suited to this role is ludicrous. Again, she’s an Oscar-winning actress. While that doesn’t say “action hero,” it does indicate that, well, she can act. And here, she does demonstrate much more range than many actors (including Jolie) would in such a role. As this Lara Croft is written, she has to be angry. She has to be vulnerable. She has to feel doubt. She has to display confidence and a sense of purpose.

Vikander never comes across as being above such a role, which is what many (including me) may have thought when she was first announced for the role. There are so few of these kinds of roles for actresses, which explains why she took it. Vikander totally commits to being Lara Croft — especially an early version of the character that isn’t yet the video game hero — and the movie certainly benefits from that.

Part of the reason that superhero franchises like the Marvel, James Bond, Star Trek and Star Wars franchises have been so good lately is that good actors are cast in prominent roles. Hollywood has figured out over the past 30-plus years that it’s better to hire people who can act and get them to beef up and work out, rather than pick some bodybuilder or fitness freak and hope they can do all right in front of the camera.

Of course, having great actors in a movie based on a video game is no guarantee. Assassin’s Creed starred Michael Fassbender (Vikander has bragging rights in their relationship now),  Marion Cotillard (also an Oscar winner), Jeremy Irons, Brendan Gleeson and Charlotte Rampling, and that movie was awful. Director Justin Kurzel even directed Fassbender and Cotillard in a wonderful version of Macbeth, and he couldn’t break the video game movie curse.

Dwayne Johnson is the best of both worlds. Maybe he can help create a trend with his upcoming Rampage to make good video game movies a trend. Can The Rock top Lara Croft?