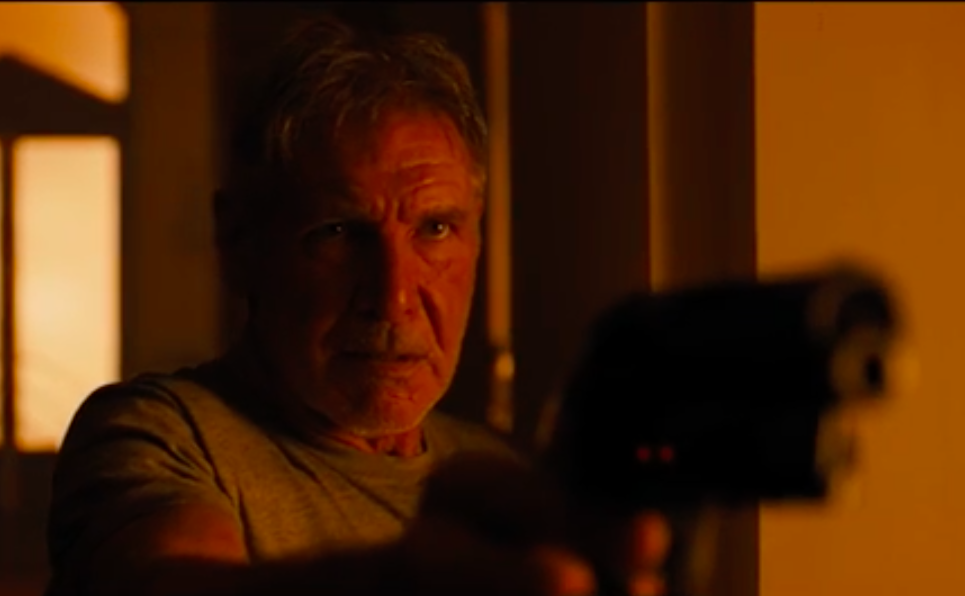 First things first. It is a good thing that we’ve been given the chance to see more of Indiana Jones, Han Solo, and Rick Deckard, three of the most iconic science fiction and fantasy movie characters of a generation. The results of the overall cinematic experiences might leave something to be desired, but the nostalgic kick from each one’s return has been a pleasant pop culture serotonin blast.

Harrison Ford, the iconic Hollywood actor who portrayed all three characters on his way to worldwide stardom, completes the holy trinity of return performances with the upcoming Blade Runner 2049. Ford reprises the role of Deckard, a special police operative trained to hunt down replicants. This time, however, he’s the one being searched for, by Ryan Gosling of all people.

Our own Ian Casselberry kicked off his discussion about the upcoming film by asking a pertinent question: Is it far too late for a sequel?

The answer to that question might be both yes and no. Yes, thematically it feels like way too much time has passed between the events of the original film and now. But also no, because if you can find a way to tell a good story against the backdrop of the first film, what does it matter that it’s been three years or 34 years?

Whether or not Blade Runner 2049 ends up being a good movie, and given that it’s directed by Denis Villeneuve (Arrival, Sicario), odds are good that there will always be a question lurking in the background. It’s a question that also lurks behind the Indiana Jones film series and the Star Wars franchise.

Instead of now, what if Harrison Ford had decided to go back to the well in the 90s? 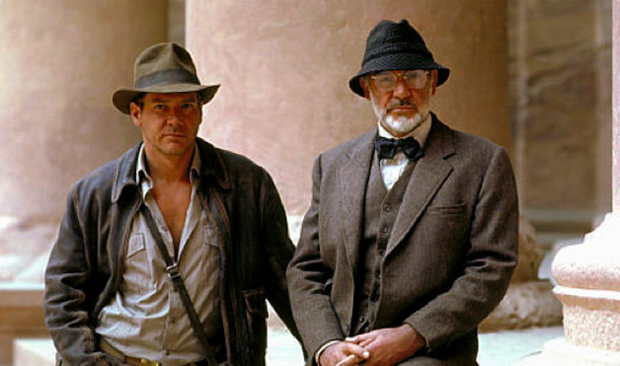 Before the last few years, Ford seemed to call it quits on these iconic characters in the 1980s. Han Solo last appeared in 1983’s Return of the Jedi. Rick Deckard seemed destined to be a one-off performance. Indiana Jones had made it the furthest, but 1989’s Last Crusade appeared to be true to its name.

While there were external forces at play, in spite of desires for some of those franchises to continue, one always had the impression that Ford was just fine with leaving that side of his career behind. His 90s acting career diverged down two paths: the serious performance (Presumed Innocent, Regarding Henry, The Fugitive) and the elder action statesman (Clear and Present Danger, Air Force One). Even when he was chasing bad guys or avoiding explosions, he was doing it in “the real world.”

It wasn’t until Ford’s career stalled in the early 2000s (K-19: The Widowmaker, Hollywood Homicide, Firewall) that he seemed to relent, not just dipping his toe in nostalgic waters, but diving in headfirst.

Unfortunately, things got off to a rocky start. Indiana Jones and the Kingdom of the Crystal Skull made a lot of money, but was panned by critics and longtime fans of the series. The story, revolving around an aging Dr. Jones, felt like a last gasp and passing of the torch that veered way off the path of what made the Indiana Jones movies so fun.

Things course-corrected in 2015 with Star Wars: The Force Awakens. While opinions vary about the film itself, the huge success was in part due to excitement over getting to see Han Solo sitting in the Millennium Falcon pilot seat once more. The ending of the film was a game-changer for the character, as well as the cinematic universe, but was probably the best move forward for both parties given Ford’s age.

All of this brings us back to the late 1990s. Harrison Ford was in his mid-50s, which is still young by Hollywood male action star standards (Liam Neeson is 64, Denzel Washington is 61). What if he would have donned the fedora and whip back in 1996 instead of 2008? What if he’d made a standalone Han Solo movie to bridge the gap between his trilogy and the new ones? What if we’d revisited Deckard sooner and with more chances to build that franchise around Ford?

All of these questions come with massive caveats, too. The biggest one of all is that 1990s George Lucas would have been involved with two of the three projects. If there’s anything that strikes fear into the hearts of science fiction and action movie fandom, it’s 1990s George Lucas. Just as the Star Wars prequels sounded amazing in theory, but were devastatingly terrible in execution, so might have been a 1996 Indiana Jones movie or 1996 Han Solo movie.

That’s a lot of potential left on the table and it’s always going to be a what-could-have-been for fans of those movie franchises. At least we got to go round at least one more time with each classic Harrison Ford character. It just could have been so much cooler had he done it sooner.