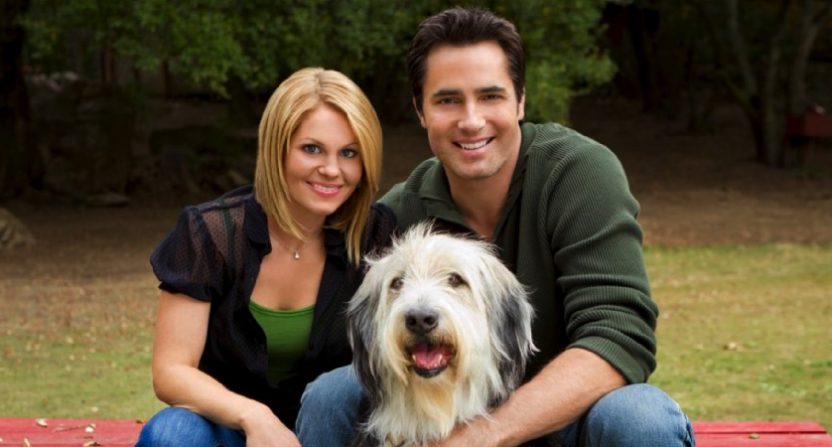 Hallmark Channel is about to enter its “Spring Fling” season of movies and in honor of that, I’d like to make my case for the place these perfectly predictable films have and why you should enjoy them too.

Spring Fling follows Winter Wonderland, which of course comes after the wildly popular Countdown to Christmas. There are fall movies and summer movies and June bridal-themed flicks. And then Hallmark teases us with Christmas in July, because when something is working for you, you exploit the hell out of it. The cyclical nature of the Hallmark movie calendar is comfort food, as nourishing as the movies themselves.

There is nothing unpredictable about a Hallmark movie. No terrible twist will keep love from prevailing (and every movie is about love prevailing). Every movie will end with a chaste kiss. And only one. If you want risque, and even the intimation of sex, head over to Lifetime.

Every movie follows some variation on the same formula. Girl meets boy, he is right for her, which she may know but probably doesn’t yet. There is some minor conflict before she ultimately chooses the right boy (and path) for herself. She learns a valuable lesson about balancing life/love/work/family, and everyone lives happily ever after, wrapped up neatly with a bow at the end of the two-hour run time.

The movie usually stars a lead actress you are vaguely familiar with from something she starred in during the 90s/early 2000s. The male lead is likely a traditionally-handsome all-American type… except there’s a 90 percent chance he’s Canadian. Supporting cast is also guaranteed to be 90 percent Canadian, or C-list actors. Or a C-list Canadian actor. 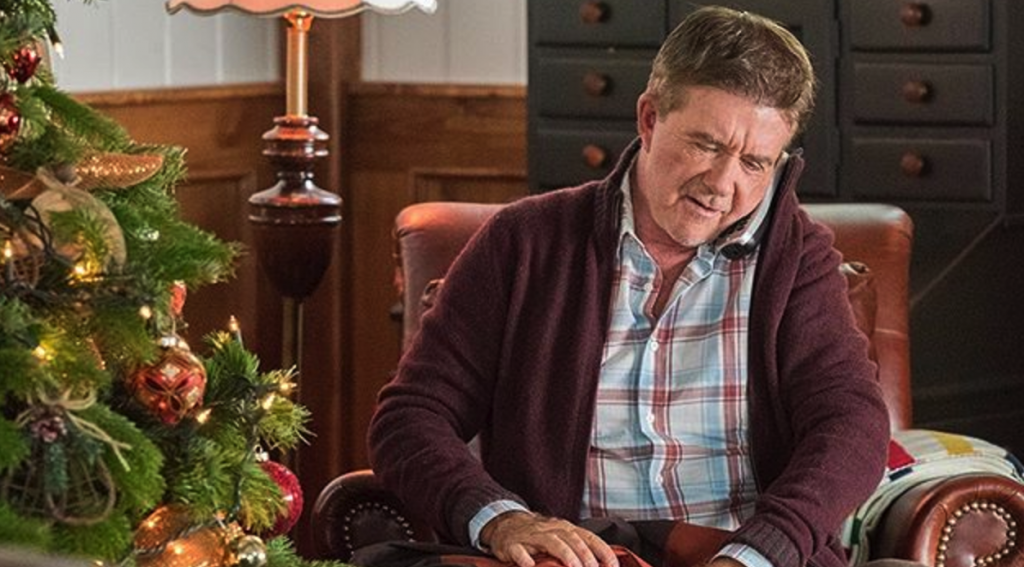 Alan Thicke (RIP) once memorably literally phoned in his role in Wish Upon a Christmas. He shows up, filmed solo, for phone calls with the lead, and never interacts on screen with another character. It is comically brilliant and I hope he relished every dollar he got for his performance. Or maybe that was his appearance in Let it Snow? You know what? It doesn’t really matter! And that’s what’s great about these movies!

These are on in the background while doing housework movies, or for a Friday on a couch with a glass of wine as you simultaneously scroll through Twitter. Which is to say, these are not intellectually-taxing films. Hallmark movies exist on the opposite end of the spectrum of FX gritty anti-hero dramas. But they do exist on the same end where This is Us resides. Comfortable and overly-sweet? In my wheelhouse.

And I am immensely fascinated by these movies. I am intrigued by the filming, writing, casting, and set decorating of them. They’re almost all made in Canada, probably in a few weeks’ time, with decor usually more reminiscent of upper-middle-class suburbs than of over-the-top wealthy of network TV. It all feels a little cheesy, a little off, and highly attainable. You too can have a Hallmark movie life!

I have a not-so-secret desire to write one of these movies because the outline is already there for you. So how do you get chosen? Who picks which part of British Columbia is going to be Boston/NY/SF/Seattle? How do the actors feel about doing them? That last one you can get answered if you watch Hallmark Channel’s Home & Family, their version of The View or GMA. But I do have a day job and when has an overly effusive talk show fawning about an actor’s latest project ever been enlightening?

Mostly, I watch because these movies offer the opportunity to escape to a land where everything works out just so. There isn’t always a grand romantic gesture, but usually the perfectly timed thoughtful gesture that is appreciated and proves the right guy “knows” the girl. There are silly adventures of the relatable sort, and the sort of embarrassments we’d all like to avoid in real life, but know happen — hopefully to a friend of a friend and not us — moving the action forward.

These movies clearly know their demo: women in their 20s and 30s (I don’t want to leave men out, but… these are chick flicks, full stop) who are at that intersection of having nothing and having it all, and have to make CHOICES that will have long-term ramifications. If you’re in that demo, hoo-boy, you know that echoes.

Sometimes, for something daring and different, there is looking back at what choices the lead should have made and wondering what they should have done differently. Hallmark will always validate the choices made and tell women that putting family ahead of career is not only okay, but good, and that with the right man, life will be perfect. Which is problematic, and these movies do have problems: everyone is straight and white, an issue Hallmark is aware of and trying to address.

As mentioned, the movies tell us that family should come first and that you are unfulfilled without marriage, kids, and strong family bonds. (Which, I shouldn’t need to tell you, but — that is not in ANY WAY true.) They don’t ever applaud career first or choosing to be single. These movies don’t exist in a world of complicated things like messy divorces or blended families. Usually widowhood is what allows the precocious child looking for a new parental figure to have a role in these films. Feelings like anger, hate, and jealousy don’t exist. Or if there is some sort of rivalry, there will be a happy resolution at the end.

Everything in Hallmark land is Pinterest-board perfect, and likely the inspiration for half of these movies.

Which does leave room for snark. I love to snark these things. There is plenty of room for eye-rolling over how none of this exists in real life or that the dialogue is silly or the choices that the characters make are absurd. All of the snark is done while knowing full-well that Hallmark movies don’t exist in the real world and still reveling in the syrup.

In that way, it actually parallels sports fandom. This is silly and ridiculous and doesn’t matter at all, and yet I am deeply invested in the outcome. It is a feat of the human mind that we can carry both thoughts simultaneously. Which is why I will continue to fill my DVR with Hallmark movies to soak up and snark at the same time.

So this Saturday evening, or on DVR Sunday morning over coffee, why not settle in for Campfire Kiss and not think too hard? And maybe you’ll get an idea to do some simple but meaningful gesture for your significant other from the land of fantasy.