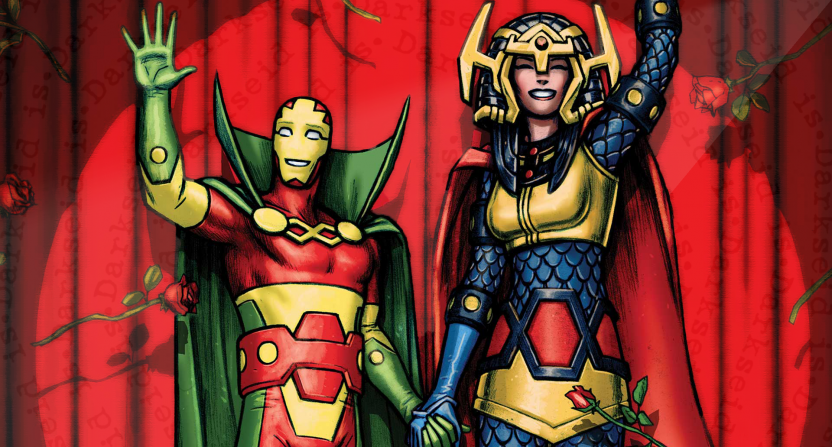 Tom King and Mitch Gerads’ Eisner Award-winning Mister Miracle proved to be a complex, escapist reinvention of Jack Kirby’s Fourth World creation. Originally written by Kirby in the early 70s as a God who lives on Earth and becomes the best escape artist known to man. King’s story – which started its run August 2017 – is a deep character study, with heavy examinations of grief, post-traumatic stress disorder, and belonging – while still borrowing inspiration and style from Kirby’s original creation.

From August: Our review of Mister Miracle #1

Life and death are central themes throughout. So, naturally, the final issue examines Scott’s frame of mind and place in the world in a fitting end to a tremendous series. 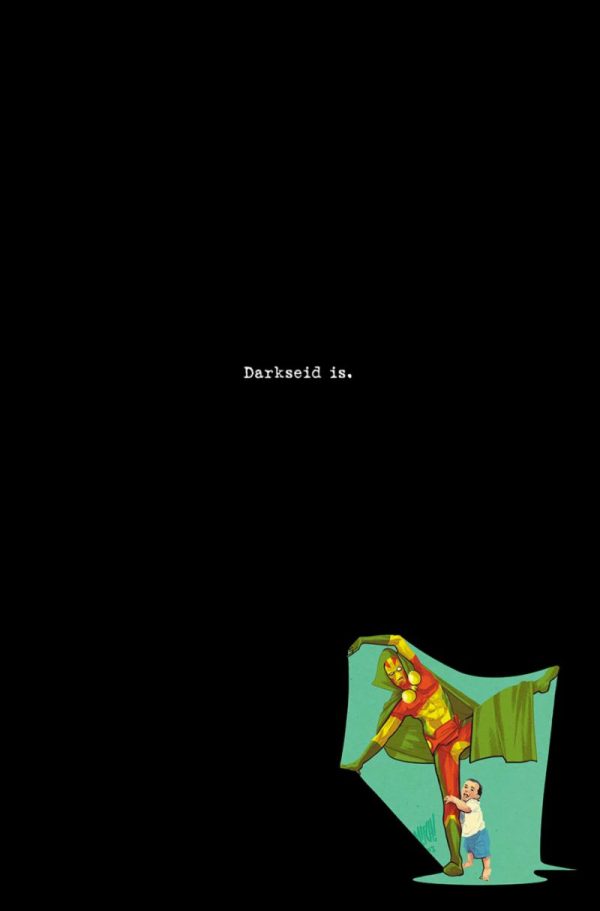 For Scott Free, having his version of a normal life was the best way to escape a tortured past. Born in a cosmic war, Free was on the unfortunate side of a trade of sons in an effort to bridge peace between Highfather of New Genesis (good) and Darkseid of Apokolips (bad). Growing up in pits of terror raised by Granny Goodness in a literal hellscape under the rule of Darkseid, Free managed to escape and start anew as (fittingly) a world-renowned escape artist. Still, his past continually haunts him and his wife, Big Barda.

Note: This video explains the mythology and characters well.

In Mister Miracle 12, Free and Barda are back in the swings of everyday life, balancing home and their work as New Gods. King’s epic story closes with Scott’s past demons reminding him he’s not where he should be but the protagonist pushes on despite the warnings.

Granny Goodness, Darkseid’s second-in-command, who Barda bludgeoned to death earlier in the story, remerges to Scott, calling him insane and says he should have taken Metron, the immortal, universe-observing God, and his offer to a new (DC Rebirth canon) world. The warnings don’t stop. Bug the Forager returns and reveals Scott is in hell and another devil is coming. In an emotional visit by Highfather, Scott’s told he’s failed to escape the grips of the Anti-Life equation, the formula Darkseid possesses which can shape reality at his will. Free responds with a much-deserved punch. Lastly, he’s visited by his former mentor Oberon in a touching scene, where he tells him the other world Metron told him about isn’t hunky dory and currently, Scott’s life – with Barda, Jacob and a new daughter on the way – is “good.” Ultimately, Scott has found a home. He’s got his rock in Barda. There’s no need to run. He’s found much-needed comfort. Life will never be perfect and that’s OK. 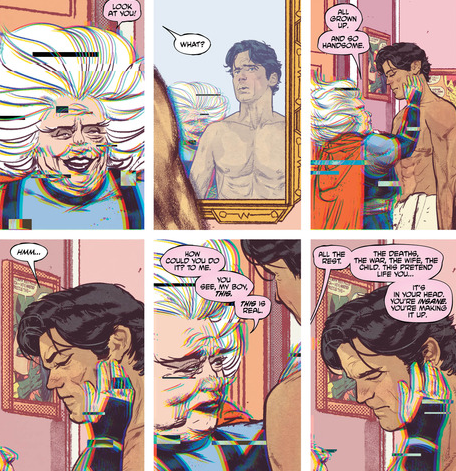 The characterization of King’s writing is brought to life by Gerads. Barda is a tall brute, fiercely protective of Scott. She’d kick anyone’s ass if meant Scott and Jacob were OK. Every time she crosses her arms at Lightray or Orion, you feel her disgust oozing from the page. Meanwhile, Scott is constantly skipping. His reality seems fuzzy and unstable – hinting things aren’t what they appear. You constantly question his perspective.

At times, Gerads’ work is big and sprawling during the quests on Apokolips, but it’s at its most effective and the best moments come when it’s intimate and just Barda and Scott just enjoying each other’s company. The relationship anchors the entire series. 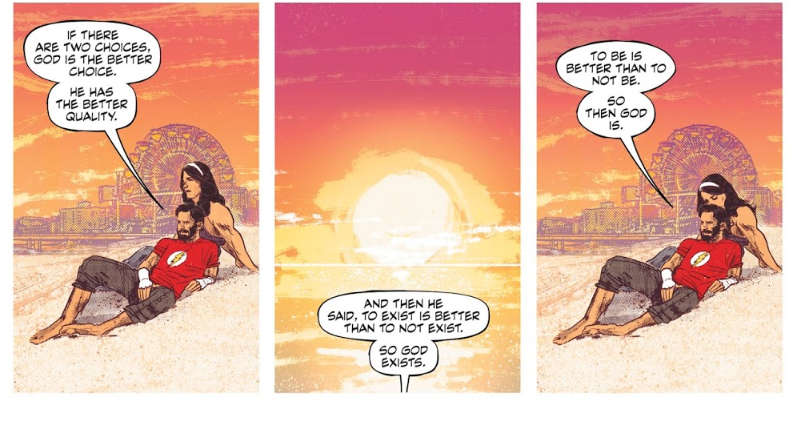 Taking a classic Kirby character and breathing new life into them was a tall task – but Gerads managed to craft something unique and engaging.

I have to throw props to artist Nick Derington who’s cover work throughout the series (alongside Gerads) was outstanding.

Did it really happen?

Yes, it appears to all have happened. There’s no cutaway to Scott waking up from a bad dream.

Is Mister Miracle’s reality polluted by the anti-life equation or take place in some other dimension? It’s likely, but King leaves it open to interpretation. What’s most important narratively is that Scott is content in this plane of existence. Sure, it could be a mirage. Scott could be dead. He also may find his way back to Metron’s new world eventually. But, for now, Scott’s got what he wants and in the end: the will to live alongside Barda and Jacob. Scott goes full circle in Mister Miracle, from suicidal and wanting to escape everything to finally finding his place in the world – even if it’s not as it seems. It’s a satisfactory finish filled with the right touches of humor and pathos to end a brilliant 12-issue arc likely to define both King and Gerads’ career.