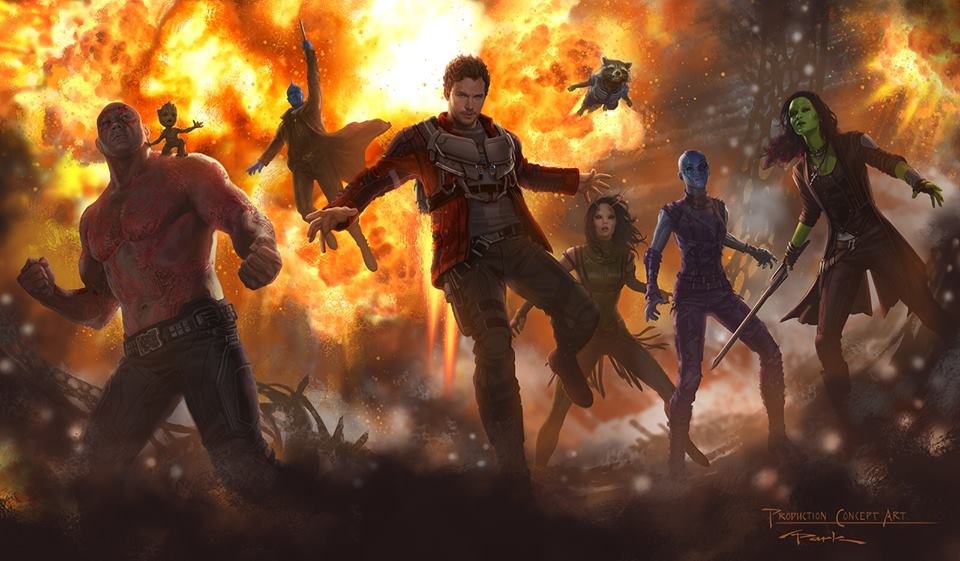 Entertainment Weekly has released concept art for Guardians of the Galaxy: Vol. 2 which shows off a slightly altered version of the familiar team.

The art, designed by Andy Park, shows off the heroes from the surprise hit Marvel franchise and a few new additions.

In the photo, Yondu (Michael Rooker), the mercenary who raised Peter Quill after being contracted by his father, is shown as a team member. While Yondu was an antagonist of sorts in Guardians of the Galaxy, by the end of the film he helped the Guardians take on Ronan the Accuser. Gunn confirmed on his Facebook page that Yondu will be a part of the team.

Another new, yet familiar face is Nebula. Nebula (Karen Gillan), the adopted daughter of Marvel big baddie Thanos, was an antagonist in the first film. The Luphomoid worked with Ronan and battled with her sister Gamora. In the comics, Nebula plays a huge role in the Infinity War saga, which is Marvel’s endgame at this point. Gunn said “you never know about that one,” in reference to Nebula’s allegiance. Still, the more Nebula, the better.

The concept art also gives us the first look at new Guardian, Mantis (Pom Klementieff). Mantis is an alien who has the ability to manipulate plants. She’s also a badass martial artist. I’m not super familiar with the character, but she’s an original member of the 2008 Guardians and has also been a part of the Avengers in the comics. What also sticks out in the art is seeing a miniature version of Groot on Drax’s shoulder. Groot sacrificed himself in the first film and respawned as baby Groot. It appears we’ll be seeing the character’s re-evolution throughout the sequel.

Guardians of the Galaxy 2 won’t be hitting theaters until May 5, 2017, but it’s great to see details starting to emerge about the project. The original film was a surprise success, but its sequel has a lot of people excited. Seeing the new team members should add to that excitement.