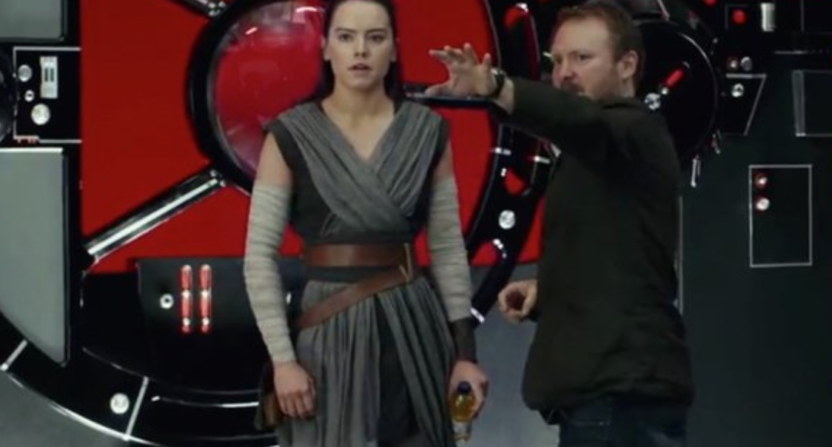 Among the various issues fans had with Star Wars: The Last Jedi was the feeling that the movie didn’t follow up The Force Awakens as expected. Rian Johnson’s film seemed detached from its predecessor, especially in the resolution (or lack there of) with particular characters and storylines, rather than part of a trilogy.

That perception was apparently dead on. As Darth Vader once said, “Search your feelings; you will know it to be true.”

In a recent interview, Daisy Ridley (better known to Star Wars fans as Rey) essentially confirmed that a plan was mapped out for this new trilogy, but Johnson tossed out what J.J. Abrams had already written for Episode VII.

Jordan Ruimy of The Playlist translated Ridley’s conversation with France’s GEEK magazine (or Le Magazine GEEK), notably the portion where she was asked about how much of Rey’s backstory had been determined before and after The Force Awakens was made. That’s where she spilled the beans, revealing that changes had been made along the way.

“J. J. wrote ‘Episode VII,’ he also wrote drafts for ‘VIII’ & ‘IX.’ Then Rian arrived and re-wrote [‘The Last Jedi’] entirely. I believe there was some sort of general consensus on the main storylines that would happen in the trilogy, but apart from that, we agreed that every director should probably make his movie his own way. Rian and J. J. Abrams met many times to discuss ‘The Last Jedi,’ although ‘Episode VIII’ is very much mostly Rian’s and I do believe Rian didn’t keep anything from the first draft of the ‘Episode VIII’ script”

Some fans may point a finger and say “I knew it!” But it should also be pointed out that making the story his own and establishing his own path was entirely within Johnson’s license as a director. Obviously, he had the blessing of Lucasfilm to take the story where he did. If there was any problem with what he was doing, it would have been addressed.

Lucasfilm president Kathleen Kennedy has shown no hesitation in making changes when necessary. Director Gareth Edwards was nudged aside during Rogue One‘s production, Phil Lord and Chris Miller were replaced by Ron Howard for Solo: A Star Wars Story, and Colin Trevorrow was booted off Episode IX in favor of bringing Abrams back.

Furthermore, Johnson will be creating an entirely new Star Wars trilogy with plans to write and direct the first film. Lucasfilm is very much Team Rian Johnson.

Abrams recently told Stephen Colbert that he has a script ready for Episode IX before filming begins. Does that mean Abrams went back to his original plan, ditching what had already been written by Trevorrow and Derek Connolly (Jurassic World), with co-writing help from Chris Terrio (who won an Academy Award for Argo, but also wrote Batman v Superman and Justice League)?

If so, the next Star Wars movie could be something of a course correction, with Abrams steering the trilogy back to where he originally envisioned. That might also lead to Episode IX feeling disjointed from its predecessor, but Johnson didn’t leave any dangling story threads for him to address. (Whether or not you think Abrams has a mess to clean up depends on your view of The Last Jedi.)

The expectation is that Abrams will provide more of what fans enjoyed about The Force Awakens and restore the feeling of a Star Wars movie to the final installment of the new trilogy. Though some storylines and character arcs that fans were anticipating may now be lost, Abrams could conceivably resolve a few of them to some extent. Regardless, Episode IX should feel more cohesive with Abrams’s previous Star Wars film, which appears to be what the people want.