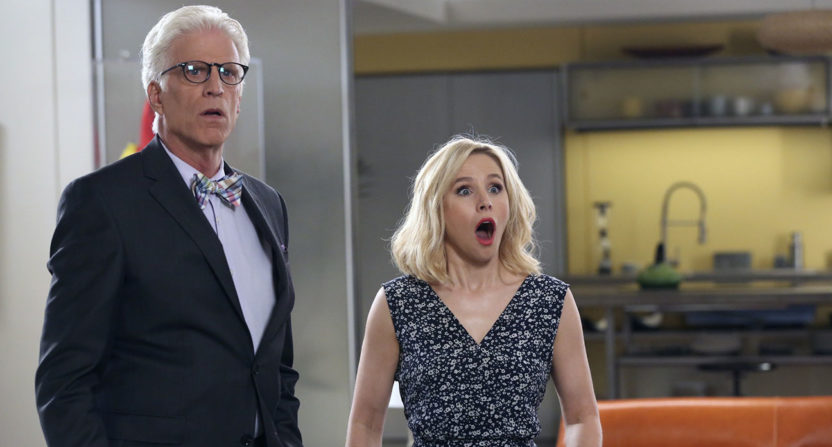 When putting together a list of 2017’s top TV shows, I wasn’t anticipating just how difficult it was going to be to whittle the choices down to 10. The breadth of the type of shows that are now available to the masses is startling and niche content is finding viewers like never before.

Storytelling wins out time and time again and if shows have the goods, they will find an audience. These are the TV shows that did it best this year.

Riverdale is campy as all hell. The teeny-bopper drama has no business being as good as it is, but it keeps you hooked with the various portrayal of characters and surprising wokeness.

While the first season (which debuted in January 2017) is much better than the second season so far, it is a testament to the show’s quality that people are sticking around despite the show trying to find its footing. Not all comic book adaptations are created equal.

Lower on this list than many others would put it, Master of None has its charms and has a couple of the best episodes of 2017, but the second season itself doesn’t really stand up on multiple viewings.

“Thanksgiving” and “New York, I Love You” stick out due to the storytelling and topics they cover. It remains unclear if Aziz Ansari will bring Master of None back for a third season, but if he doesn’t, the show still captured the zeitgeist like not many other shows could. We could all use a dose of that in the years to come.

Weirder than all get out, The Young Pope was a triumph in many different ways. The first and perhaps most impressive part of the series is that it went from a meme to a TV show that needed to be seen to be believed.

Jude Law gave a tour de force performance as Lenny Belardo and didn’t let up in any episode during its run. The tension-filled episodes made The Young Pope must-see television when there were few such shows available from traditional outlets.

Search Party‘s first season captured the millennial spirit with a cast that portrayed people who felt real, rather than easy caricatures. Returning in 2017 with a second season, expectations from fans and critics were set sky-high and the show somehow met them all.

Led by great performances from Alia Shawkat, John Early, and John P. Reynolds, the show explored topics that are taboo with surprising grace and compelling realism. Despite being on  broadcast television, Search Party lends itself to a binge-able format which makes the tense moments all the more addicting.

Most of the choices on this list are shows that capture the happenings of today in ways that aren’t necessarily traditional. Played like a straight parody of Making a Murderer, American Vandal takes the murder mystery-documentary and turns it into more by using elements of current culture to enhance the story and elevate it to a different level.

The show manages to succeed and not grow stale despite keeping a tight circle of characters involved. It has no business working on the level it did, and that makes the prospect of a second season exciting.

Only the second-best season out of the three that have aired thus far, Season 3 of Fargo was more of a slow burn than any of the others. That doesn’t mean the season was bad, by any means, but it is a different take after the second season was a non-stop, drag-out gun fest.

Ewan McGregor, David Thewlis, and Carrie Coon all managed to make the show tantalizing for different reasons. Thewlis, in particular, was outstanding as the season’s villain. Catch up on this sooner rather than later.

Without a streaming platform like Netflix, a dramedy based on a small, made-for-TV women’s wrestling group from the 80s would be a tough sell. This doesn’t just work; it succeeds because of an ensemble cast that is believable and doesn’t become a caricature of itself. That’s not easy when you’re dealing with the world of pro wrestling.

Alison Brie and Marc Maron seemed born for their respective roles, making the fun vibe a contagious benefit of the show.

A show about three mothers’ perfect lives going wrong would normally make me turn my TV off. On paper, that description feels like ready-made tropes are coming and they are going to come at you fast. But in a year with great performances, Big Little Lies takes the cake.

The quality wasn’t only due to one actor either. It was every single big star coming up to the plate and knocking their performances out of the ballpark. Nicole Kidman and Reese Witherspoon both stood out with their nuanced portrayals of housewives. Give great actors great material to work with and they’ll thrive, no matter what the stage.

This may just be recency bias, but this German TV show shook my entire world. It deals with multiple families and the different tragedies they have endured in the same town over the past 66 years. It is a simple enough concept and could be construed as nothing more than a Stranger Things knock-off, but it easily sheds that within the first episode of the show.

While other shows have relied on their great acting, Dark weaves a narrative through its ten episodes and keeps you reeling from episode to episode. The chilling feeling you get from watching the show won’t leave you for days.

This wasn’t particularly close. The Good Place is original, clever and an awful lot of fun. Each episode is an existential crisis packed within a tight runtime on NBC and they somehow make that into good television.

They bring up questions that you haven’t or couldn’t even fathom while also giving real weight and emotion to characters that are not based on a human plane. It also constructs and deconstructs character growth in different and odd ways. It is unique TV but that is why it is also the best.