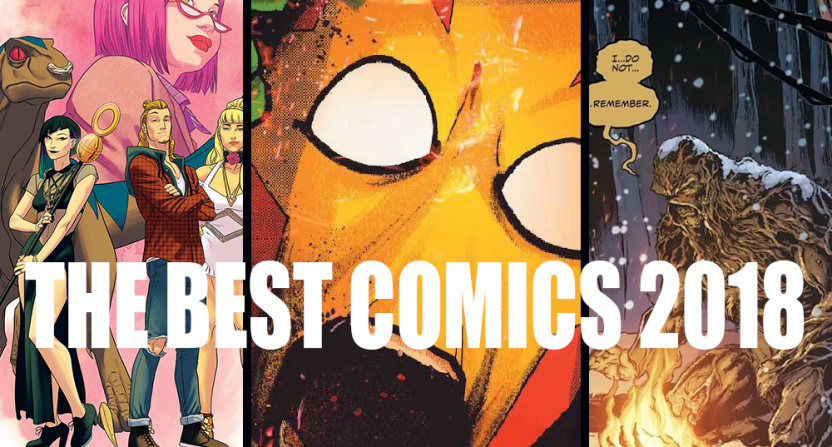 It’s been another fantastic year in comics. While it’s impossible to read every new series that hits the shelves, these five books that stood out in 2018. 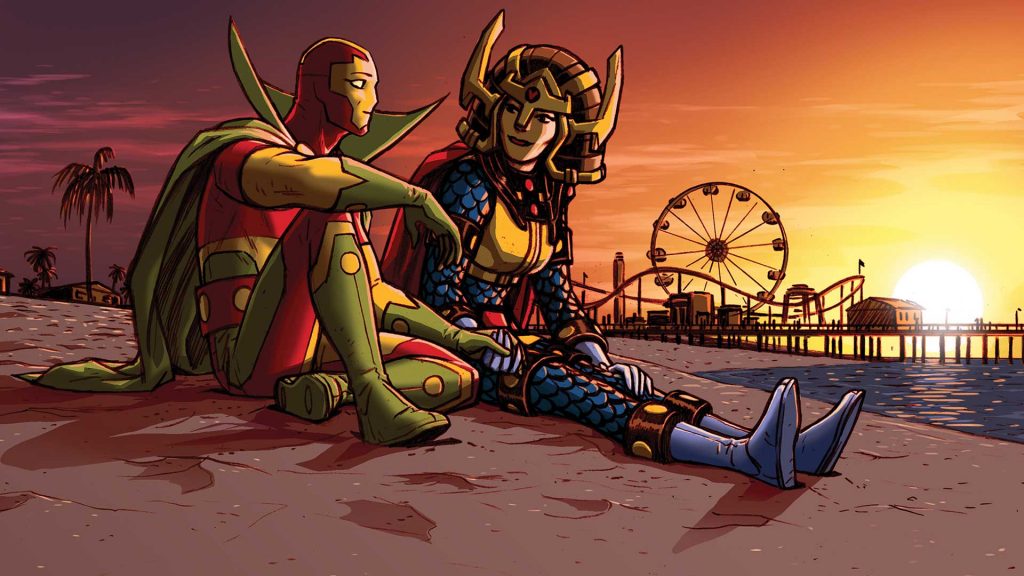 ‘Mister Miracle’ topped last year’s list despite releasing just five of 12 total issues. In 2018, the comic continued to show why it was an instant classic, wrapping up in an emotionally satisfying way, having Scott and Barda face the ultimate decision: give up their son to the evil Darkseid in exchange for stopping the ongoing interplanetary war.

Tom King (‘Batman’) and Mitch Gerads (‘The Punisher’) use the pending war as a backdrop to a deeply personal story about mental health, fatherhood, and responsibility. Deconstructing Jack Kirby’s creation into something new was a massive risk, but one that paid off huge. ‘Mister Miracle’ proved to be a complex, at times challenging book with plenty to say. There was no other choice for number one this year. 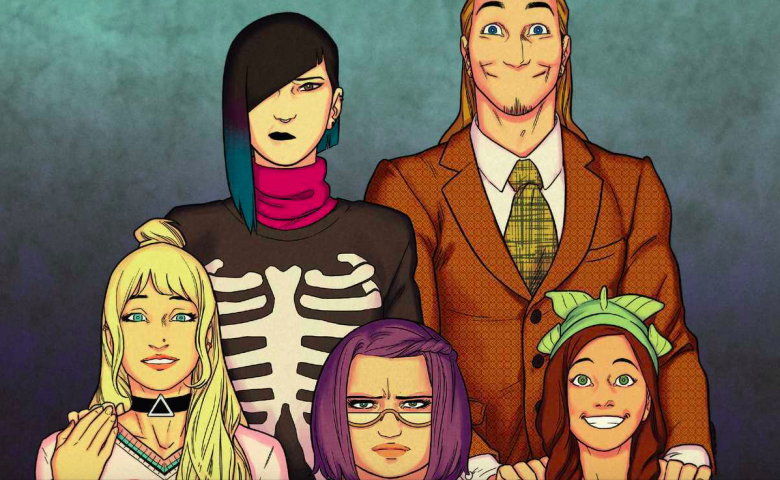 Brian K. Vaughan’s original ‘Runaways’ run is one of my all-time favorite comics, so when Rowell and Anka’s version came out, I was a bit worried it would be another drab continuation of a story which went on way too long the first time. Boy, was I wrong.

Rowell (best known in the young adult novel realm) offered an immediately fresh take to the Runaways, resetting the group back to basics, providing change where necessary, and offering beautiful character beats and moments instead of complicated and convoluted plotlines. Anka’s art and fashion-sense bring instant personality to the book, as Marvel characters have never been chicer. His work is gorgeous.

‘Runaways’ is so much fun and accessible to new-and-old readers alike. It’s the rare continuation that rivals the initial conception. 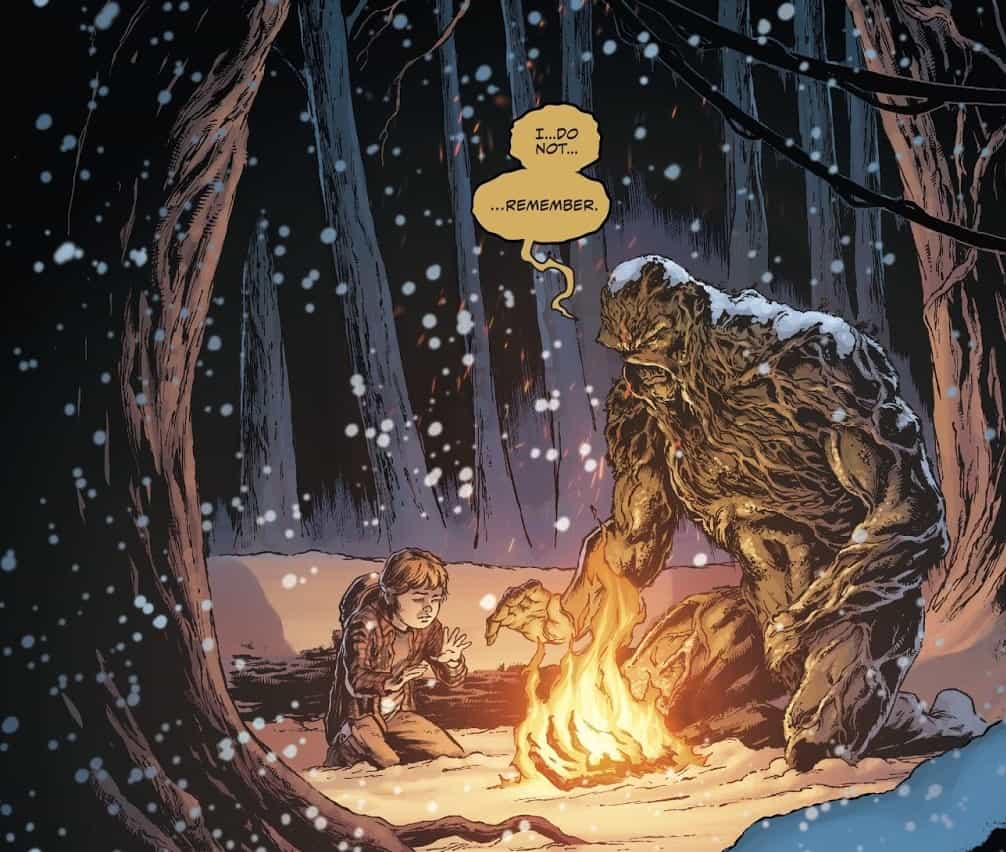 ‘Swamp Thing Winter Special’ was a one-shot about a perceived monster helping a young boy survive while navigating through a blizzard created by a snow monster. Fighting to survive against the elements, Swamp Thing bonds with a child separated from his family, as his memories of how the storm began elude him. He questions whether he’s a monster while he does everything he can to keep the kid alive. Tragically, Swamp Thing realizes the kid is the snow monster in disguise and has to kill him to keep his connection to the earth, otherwise he’ll die.

For an 80-page story, ‘Swamp Thing Winter Special’ was the most effective single issue I read in 2018. It’s truly heartbreaking – like a good Swamp Thing story should be. 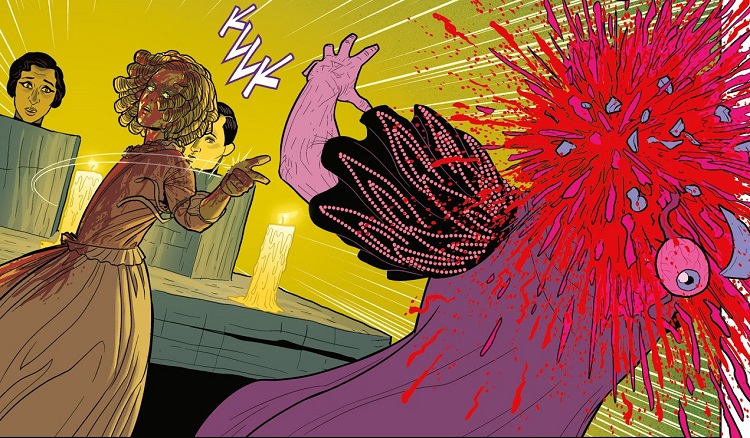 What happens when the Pantheon, a group of teenagers who become reincarnated deities with two years to live, discover the truth behind their godhood? Tons of drama, backstabbing, and sex set to bright and colorful pop music, of course.

‘The Wicked + The Divine’ started its vibrant run for Image Comics back in 2014 and is coming to a close. With that, the book is chalked with great character work and plenty of intriguing twists. It seemed almost every issue has a “holy crap” moment. Gillen’s writing masterfully blends teenage angst with larger than life storytelling featuring surprisingly deep lore. It’s pop music personified.

Featuring a large cast of characters, it’s easy to identify who’s who, with each character feeling entirely special and unique thanks to McKelvie’s stellar work. It’s hard to truly explain this book, so I suggest picking it up and going for a wild ride as its final arc commences. 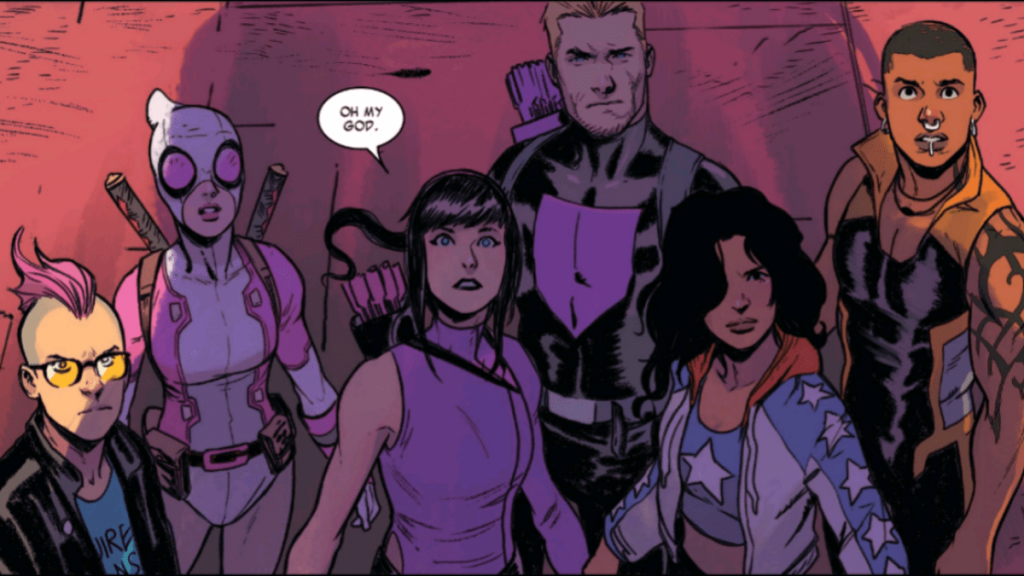 Never in a million years did I think a new take on ‘West Coast Avengers’ – basically the b-team Avengers – would ever pique my interest, but Thompson’s run is non-stop fun.

Led by both the Clint Barton and Kate Bishop Hawkeyes, featuring castoffs from a slew of canceled Marvel books (Gwenpool, America Chavez, Kid Omega from ‘Generation X’) ‘West Coast Avengers’ is a silly romp about a team of misfits who team up to face off against ridiculous villains like B.R.O.D.O.K. (A Bio-Robotic Organism Designed Overwhelmingly for Kissing), land sharks, and a giant version of Tigra. The book is full of energy, and it’s the funniest series on this list, with jokes landing left, right, and center. Caselli’s art lets the characters shine.

For those who enjoyed Matt Fraction and David Aja’s Hawkeye, this book is a spiritual continuation, mixed in with a reality show about a team struggling to be a team. It’s a romp.