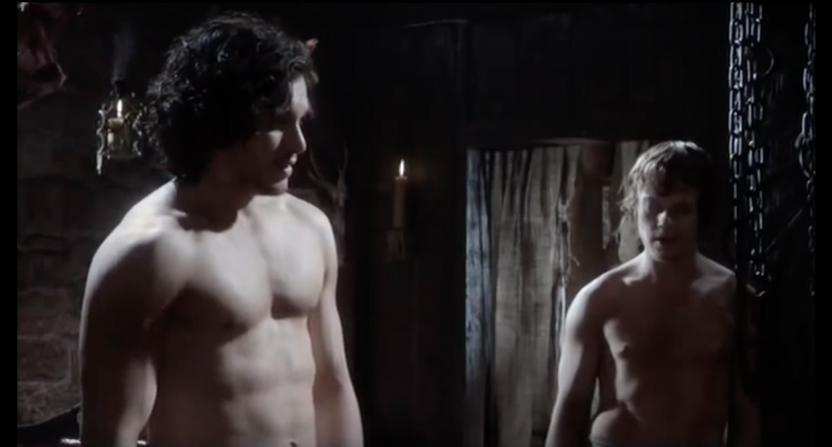 Game of Thrones started slow out of the gate in season 1 before really turning a corner and becoming a worldwide phenomenon in subsequent seasons. That’s probably good for the showrunners whose least favorite scene was in the first episode of season one.

During a panel at SXSW with showrunners David Benioff and Dan Weiss along with stars from the show Maisie Williams (Arya Stark) and Sophie Turner (Sansa Stark), the group talked about their least favorite scene.

From a fans perspective, this is an interesting question because for a show that has so many great scenes, there are plenty of controversial or sad ones like the wedding night bedroom scene with Sansa, or when the Stark family was slaughtered, or when Theon lost his manhood.

Surprisingly however, it was none of those. Instead, it was a scene way back in episode one.

“There’s a scene in the pilot that might be the worst scene we’ve ever written — probably the most embarrassing — with the Stark boys and Jon Snow and Theon,” Benioff said. “They’re all shaving each other — like getting their haircut. And they were all shirtless, and it’s like, ‘Wait, why is this in here?’ And the only reason it was in there [is because there] was no continuity between scenes in the pilot where their beards are all different [due to how much the actors had grown from when the pilot first started shooting to when it was re-shot a year later]. And if you look closely, you could tell they were all flexing because they’re shirtless. They’re all flexing their abs.”

Well when you put it that way, yeah it’s pretty weird. Here’s the scene they are referring to with their comments in the background:

“They were all doing crunches all day between takes,” Weiss said.

The four person panel was asked another interesting question according to Entertainment Weekly: which death scene is the best?

This is a tough question because so many people die on the show, but the answers weren’t surprising at all.

Williams: Viserys Targaryen (liquid gold poured on his head)
Turner: Prince Oberyn Martell (skull crushed in a duel)
Weiss: Joffrey (poisoned at his own wedding)
Benioff: Ramsay Bolton (eaten by his own dogs that he starved)