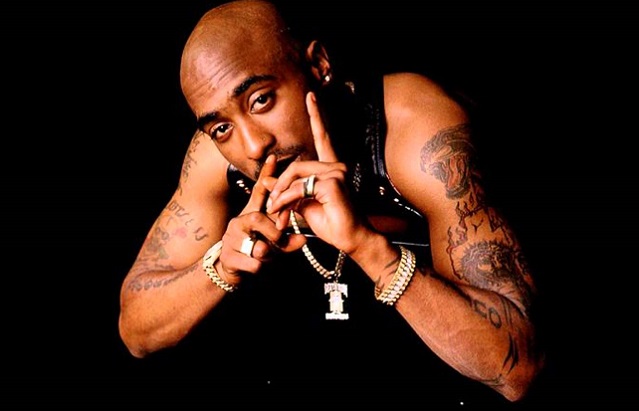 This week, the Rock and Roll Hall of Fame released its list of 19 nominees for the 2017 induction class. It includes nine first-timers (Bad Brains, Joan Baez, Depeche Mode, Electric Light Orchestra, Jane’s Addiction, Journey, Pearl Jam, Steppenwolf, and Tupac Shakur), and Chic breaking their own record for most nominations with their 11th appearance. Artists become eligible 25 years (1991 this time around) after their debut release.

Last year, the voters concentrated on inducting 70s AM rock staples like Chicago, Steve Miller, and Cheap Trick while snubbing bands like Nine Inch Nails, who failed to appear among the 19 nominees this year. The Hall may have ended up with a less-than-stellar class last year, including one inductee in Steve Miller who was very vocal about hating his experience, but should have no issues creating a great induction class for 2017 with one of the best nominee lists in years.

In: Possibly the most surprising nominee is this quartet who helped influence the Washington DC hardcore scene in the early 1980s. Hardcore legends like Ian MacKaye and Henry Rollins often cite seeing Bad Brains live as the major reason they started bands.

Out: While influential in DC, and later New York City after being forced to move after DC clubs stopped booking them, Bad Brains influence isn’t likely to be widespread enough for induction.

In: Baez first became eligible in 1985, but this is her first time on the nominee list. She was one of the first contemporary musicians to use their platform to discuss and sing about social change. Baez was also one of the first champions of Bob Dylan and helped popularize his songs by recording many of them in the early 1960s.

Out: Her name and longevity may help Baez here, but the fact she’s never even been nominated before, along with a lack of record sales and a really strong nomination list, could keep her out.

In: One of the first bands to utilize MTV as a way to record sales and stardom, this Boston, Massachusetts quintet has sold 23 million records and had four top 10 albums between 1979 and 1984, before breaking up in 1988.

Out: They didn’t make the cut last year in their first attempt against a much weaker field.

In: Nominated for a record 11th time, the disco rock band Chic had two top 10 albums in the late 70s and two No. 1 singles (“Le Freak” and “Good Times”). “Good Times” went on to influence early hip-hop with its use as a sample on the Sugarhill Gang’s “Rapper’s Delight” and Grandmaster Flash and the Furious Five’s “…On the Wheels of Steel.”

Out: Voters have never really given musicians popular during the disco era a chance, but maybe the 11th time’s the charm.

In: One of the tougher choices for voters. Depeche Mode has had seven straight top 10 albums, starting with Violator in 1990, and their influence can be felt in a variety of genres from industrial and electronica to modern pop.

Out: Another year and Depeche Mode might have a shot, but past UK 80s alternative acts like The Smiths and The Cure haven’t been inducted, so Depeche Mode will probably have to wait as well.

In: Surprisingly, this is ELO’s first nomination even with 15 top 20 songs, over 50 million albums sold, the Xanadu soundtrack, and Jeff Lynne being a Traveling Wilbury.

Out: ELO have been labeled “uncool” and “Beatles 2.0” over the years. But with the help of several commercials in recent years, they have reached a new round of fans. ELO has a very good shot at induction.

In: This blues rock/pop group is a staple of classic rock radio due to massive hits like “Centerfold” and “Freeze Frame,” both of which helped the album Freeze Frame reach the top of the Billboard charts and become The J. Geils Band’s only platinum album in 1981.

Out: J. Geils never had the same success before or after Freeze Frame, and broke up in 1985 after their next album failed to reach the same audience. While there are some influential bands on this list without multiple top 10 albums, The J. Geils Band is not one of those artists.

In: Hugely influential on the modern pop scene with six No. 1 albums, and two others reaching No. 2 on the charts along with 10 number one singles. She has sold 26 million albums in the United States.

Out: Pop artists that don’t fit the “rock n’ roll” mold have problems gaining induction, and this more than likely kept Janet out last year. Her chances are actually lowered this time around, so she may have to wait until next year.

In: One of the first alternative groups of the late 80’s and early 90’s to gain mainstream success. Their two albums from that era, Nothing’s Shocking and Ritual de lo habitual, have both gone platinum, and helped cement Jane’s Addiction as cult icons of the early alternative era influencing countless bands over the past 25 years.

Out: Along with Depeche Mode this might be one of the harder decisions for voters. While they may be influential, the band were initially only together for those two albums and about five years. That may not be enough of a resume for some people to vote for them.

In: Easily one of the biggest bands of the early 80’s, Journey had four straight top 10 albums and 10 top 20 songs from 1980 to 1986, and have sold almost 50 million albums in the United States. A fan favorite at arenas and on classic rock radio, they continue to play before sellout crowds across the country.

Out: After last year’s wave of high-selling, but not very influential acts gaining induction, voters might not want another multi-platinum classic rock band to get in this year. You’ll have to wait for that possible Steve Perry reunion until at least next year.

In: The “Queen of Funk” has been one of the most popular R&B singers since she released “I’m Every Woman” in 1978.

In: I’ve written about why Kraftwerk is the biggest omission from the Hall in the past. This German electronic group has not only influenced hip-hop and techno, but virtually all of pop music since their debut in the 1970s.

Out: They’re German with a cult following, but small record sales. In recent years, the voters have been inducting hip-hop artists after years of snubbing the genre, but it has yet to embrace electronic music.

In: Along with The Stooges, the MC5 emerged from Detroit with a loud and aggressive precursor to punk in the late 1960s.

Out: Most music fans would be hard-pressed to name a second MC5 song after “Kick Out the Jams,” and their extremely short time as a mainstream act (1969-71) means that it’s been almost 50 years since the band was putting out music.

In: The most popular band of the 1990s. Pearl Jam has a massive fanbase that has led to five No. 1 albums, and record sales topping 30 million copies in the United States. They’ve spent their entire careers fighting for social causes, while continuing to be one of music’s best live acts. An absolute lock to be induction.

Out: A ballot mishap leads to ballots being cut off at “P.”

In: One of the most influential rappers of all time, sometimes considered the “greatest” rapper of all time, whose socially conscious lyrics reached fans of different races and social classes. He had three No. 1 albums before his death in 1996 (with another two posthumously) and has sold over 40 million albums in the States.

Out: See Pearl Jam. Tupac not gaining induction would be shocking.

In: During their brief time in the spotlight (1968-72), Steppenwolf recorded three top 10 hits, including the all-time classic “Born to be Wild” and three top 10 albums.

Out: Fellow early heavy metal act, Deep Purple, was inducted last year on their third try, so it would be very surprising if Steppenwolf made it on their first try, especially with less influence over the genre.

In: During the 1960s, Joe Tex was a staple of the R&B charts with four songs hitting No. 1 on that chart over his career with his brand of Southern soul.

Out: While as dynamic live as any of that era’s soul singers, Tex is not as well-known as some other hall inductees like Wilson Pickett and Otis Redding.

In: This British band has been recording intricate prog rock for over 45 years with seven top 10 albums, and three No. 1 singles including the classic rock staple, “Owner of a Lonely Heart” in 1983.

Out: The call to induct Yes has been building for years, and with Rush finally getting in a couple years ago, maybe the hatred for prog rock is thawing a bit. Yes will be on the fence, but an induction is not out of the question.

In: During their five-year output in the 1960s, The Zombies had two No. 1 songs, “She’s Not There” and “Time of the Season.” In recent years, the initially panned and commercially unsuccessful Odessey and Oracle has been deemed a classic by modern rock critics.

Out: The critical rebirth for The Zombies may not be strong enough for them this time around. But other bands from that era with similar credits have been inducted, so it might only be a matter of time.

The Rock and Roll Hall of Fame Class of 2017

Pearl Jam and Tupac Shakur should be locks for induction with Joan Baez, Electric Light Orchestra, Janet Jackson, and Yes rounding out the class of 2017. Kraftwerk and Chic will probably be snubbed once again, but The Zombies, Depeche Mode, The Cars, or Joe Tex could sneak in as a surprising inductee.

The inductees will be announced sometime in December. If you would like to vote for your favorite nominees head over to the Rolling Stone website, and you can participate in the “fan’s ballot” until Dec. 6. The induction ceremony will take place next April in New York City.