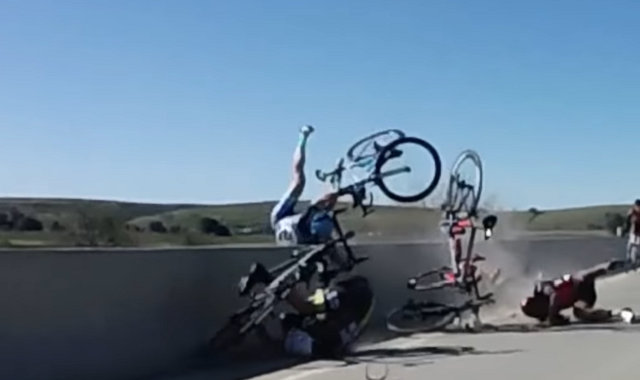 I think we’ve all seen the crashes that take place during a bicycle race. However, one recent collision is enough to make your heart stop.

This one took place recently at the 2017 Santa Barbara Road Race. As all of the racers embark on this bridge, which has limited space, an inevitable collision occurs. While the majority fall on the pavement, one appears to be falling off the bridge. Thankfully, he had the intuition to grab on:

His teammate posted on Reddit (user nikenum9), saying that the bridge is 30 feet high, and the man hung on for his life for five seconds before a fellow racer pulled him back over:

This is my teammate holding on for his life as he avoided a 30 foot drop into a riverbed.

He held on for 5 seconds or so until a fellow racer pulled him back up and over.

The teammate even showed a photo on Reddit of the bike, which got the worst of it: 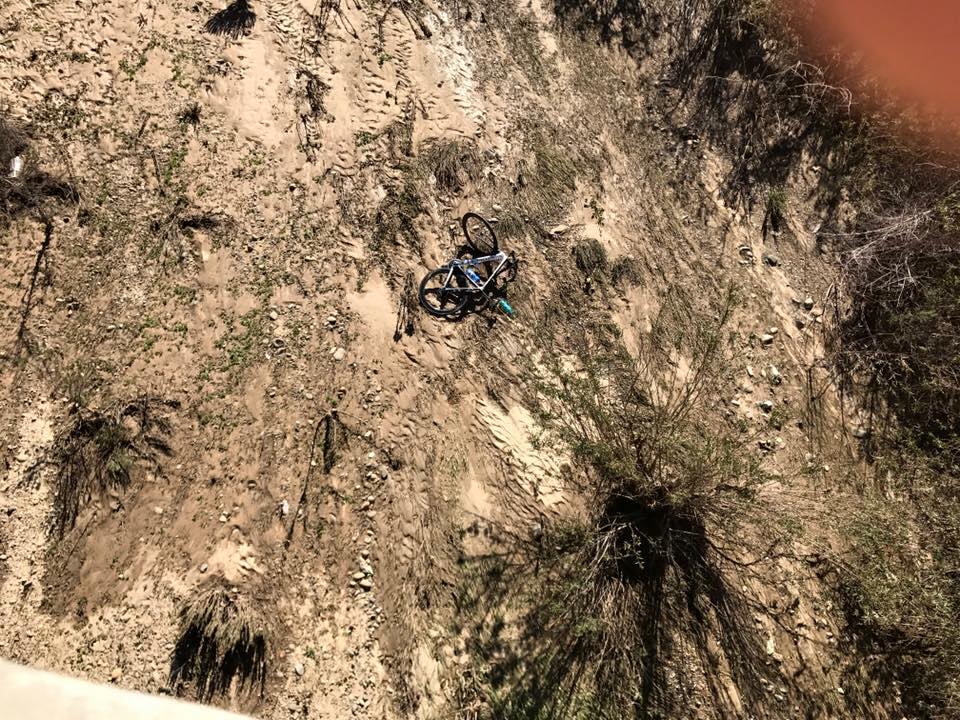 Unfortunately, the bike did not survive. The top tube shattered nearly 360 degrees around and the front left fork was severed in half. Surprisingly, the wheels and components all look to be in good shape. Thankfully, he had a new Storck F3 already on the way!

These races are already vicious enough. I don’t think we needed to add in the element of falling off a bridge. Hats off to this guy for holding on and not falling to his death. Also, shoutout to the good samaritan that saved this guy. The folks in Santa Barbara might want to avoid large drops like that next time they plan a race route.