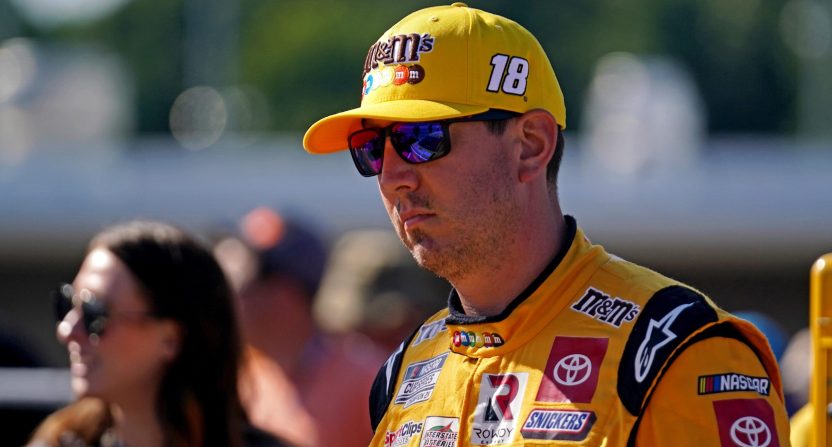 After weeks of speculation, Kyle Busch’s future has been decided. The NASCAR driver will join Richard Childress Racing next year, ending his 15-year affiliation with Joe Gibbs Racing.

The news was first reported by The Athletic’s Jordan Bianchi.

Busch’s future has been in doubt since it was announced that Mars would not continue its sponsorship of his No. 18 team. When JGR was unable to secure a replacement sponsor, that set Busch’s future in motion. The driver has said he would be willing to take a pay cut to stay with JBR but other suitors emerged, including Childress.

Busch talked in July about not having a sponsor since Mars is leaving his team.

“You’ve gotta have sponsorship in this sport to be able to go forward,” Busch said. “It’s not as simple as being a basketball player and being a Michael Jordan or a LeBron James and being a really good player and the team losing a sponsor and then saying, ‘OK, Michael, LeBron, we gotta let you go because we can’t afford you.’”

Busch is one of the most successful NASCAR drivers racing today, having won 56 races under the Gibbs umbrella, not to mention being a two-time Cup series champ.

Busch signing with Childress is a bit of a shock as the two have a history, and it’s not a good one. In 2011, the pair got into it in the garage at a race at Kansas Speedway, which resulted in Childress being fined $150,000 and placed on probation for the rest of the season.

But time, and money, heal all wounds.