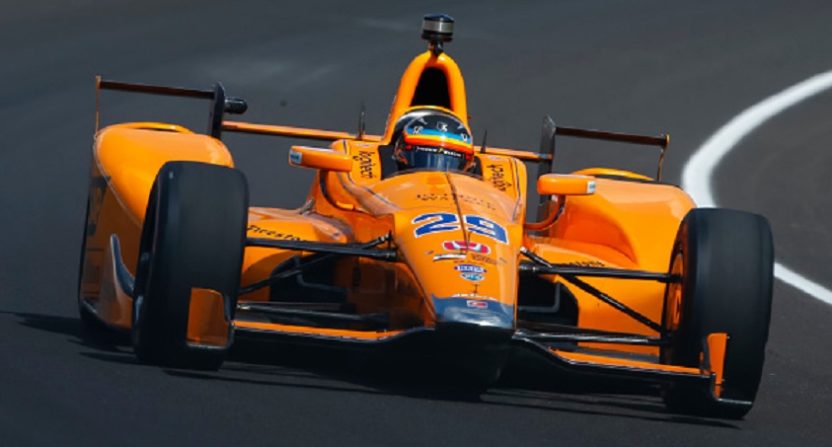 Memorial Day weekend is here again and that means Christmas for racing fans. On Sunday, you have the Monaco Grand Prix in the morning, Indianapolis 500 in the afternoon and Coca-Cola 600 in the evening to close out about 12 hours worth of grand slam racing.

The Indianapolis 500 is arguably the most “wide open” of the three series. Last year saw rookie Alexander Rossi defy the odds and stretch his fuel tank by coasting coming off of turn four on the final lap to cross the finish line at about 50 mph and win the 100th Indy 500.

I was there, about halfway between pit entrance and the start/finish line and still having no clue how Rossi could do that. With everyone rapidly pitting, most people in the stands lost track of who was leading until about a couple laps to go and then once we realized Rossi was leading, were willing him on to keep the car running to victory. And I was so focused on cheering for Rossi to make it on fuel that I had no clue where 2nd was on the track so if Rossi had run out of fuel, I wouldn’t have known who won until it was too late.

Rossi is back and has a great chance to repeat and keep his undefeated streak alive. Rossi has been within the top 10 in practice and arguably with the top team (Andretti Autosport) with the top engine (Honda) and starts 3rd. Rossi had a fast car, ran into pit trouble and won. This year, Rossi has a fast car so if he doesn’t run into trouble, he should be a factor in the late stages of the race.

In addition to Rossi, all eyes will be on Fernando Alonso. Since announcing he would skip the Monaco Grand Prix, there has been an interest in IndyCar racing and the Indy 500 from people and media around the world that hasn’t been seen in over 25 years. I’m sure not everybody watched all seven hours but Alonso’s rookie test, where it’s seven hours at times of just him on the track, has generated over 1.6 million views on the official IndyCar YouTube account. For a frame of reference, IndyCar’s upload of the 100th Indy 500 from last year has about 150,000 views.

The question from all the people who may be watching the Indy 500 for the first time and those who have been watching the “Greatest Spectacle in Racing” for years is whether or not Fernando Alonso has a chance to win the 101st Indianapolis 500.

But this is the Indianapolis 500 and this is always a wide open race, and Rossi and Alonso are two of over a dozen drivers who could realistically put their face on the Borg-Warner Trophy.

Obviously, if you’re looking at potential favorites to win, look no further than some of Rossi’s and Alonso’s teammates at Andretti Autosport. Takuma Sato and Marco Andretti are strong this year and both have come incredibly close to winning in the past.

Chip Ganassi Racing has the experience, the equipment and the ability to win. Former winners Scott Dixon and Tony Kanaan are up front and Dixon will start from the pole this year. If anyone is going to unseat the Andretti powerhouse, it’ll be one of these two.

This season, Honda has the advantage at Indy and more than likely, a Honda engine will win. But that doesn’t mean they will. Last year, Chevrolet had the advantage of being the best engine and then Honda engines wound up finishing 1-2. One team who has Chevy engines who is always strong at Indy is Ed Carpenter Racing. Carpenter, the owner/driver, as well as J.R. Hildebrand, have everything they need to win. And it would be a very popular victory for this underfunded team if either Carpenter (who is the stepson of former IMS CEO Tony George) and Hildebrand for his heartbreaking crash in turn four of the final lap to lose the 2011 and Centennial Indy 500.

And it wouldn’t be an Indy 500 if we didn’t talk about Penske Racing. Except for Will Power in ninth, the other three Penske cars are in the middle of the field. But I don’t think Penske has shown their complete hand. I have a feeling they haven’t revealed all their speed and have a surprise on Sunday. Instead of looking toward former winners like Juan Pablo Montoya and Helio Castroneves, I’m looking for Indianapolis road course champs Power and Simon Pagenaud to take the reigns of Penske Racing and see if one of them can grab their first Indy 500 win.

And if you’re looking for a sleeper pick, look no further than the man who has two career second-place finishes and a fourth-place finish in four Indy 500 starts. Carlos Muñoz had last year’s Indianapolis 500 locked down and won if it wasn’t for Rossi’s miraculous fuel saving. He’s now racing for A.J. Foyt and they aren’t exactly the top team in the series, but stranger things have happened in the Indy 500 and maybe if the planets align, A.J. can be back in victory lane at Indy.

This field is stacked and just about anyone can win the 2017 Indianapolis 500. You can narrow down the favorites, but there comes a point where you’re taking an educated guess between the third of the field who can win.

So I looked and I have a feeling that Takuma Sato will get it done on Sunday and become the first Japanese winner of the Indianapolis 500. Sato will not be someone who most people think will win, but he finally has the car and driving style to win. Sato has a very “Ricky Bobby” driving style where “if you ain’t first, you’re last” and Sato will not leave anything on the table if he has a chance to win. He may finish first or he may finish 31st, but Sato is definitely going to go 100 percent and is my pick to win. Either way, we will be entertained and surely have another memorable race.