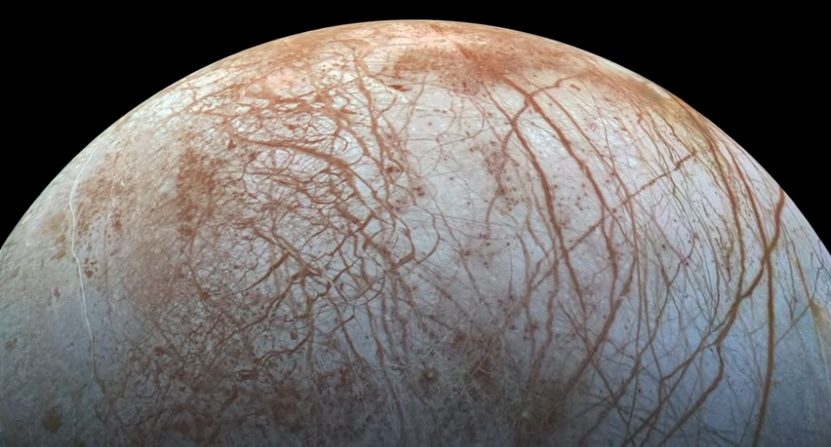 Do you have a burning desire to escape Earth? Do you have more money than you know what to do with? Are you incredibly smart? If your answer  to all of these questions is “yes,” you should probably look for a job at NASA.

The National Aeronautics and Space Administration (NASA) has announced they have new evidence for the most likely places to find life beyond Earth and those places are closer than you may think.

Meet Europa and Enceladus, moons of Jupiter and Saturn, respectively.

A moon circling around Jupiter and another around Saturn could be the closest places in our system where NASA thinks the highest concentration of “ingredients for life” exist. Enceladus specifically has a better chance, the scientists said.

In Washington on Thursday, NASA revealed that the two moons are considered active ocean worlds and could be the ideal destination for life.

Let’s just hope they don’t get something seriously wrong and the planets are similar to the ocean world in Interstellar.

To make this incredible discovery, NASA had to use a mass spectrometer on the unmanned Cassini spacecraft. Cassini detected a large amount of hydrogen molecules coming out of the ice surface on Enceladus, which is the sixth-largest moon circling Saturn. It’s completely covered in ice on the surface and scientists believe underneath that ice is an ocean.

“Now, Enceladus is high on the list in the solar system for showing habitable conditions,” Hunter Waite, leader of the Cassini Ion and Neutral Mass Spectrometer team at the Southwest Research Institute in San Antonio and lead author of the Enceladus study, said.

“The presence of hydrogen established another reference point saying there is hydrothermal activity inside this body, and that’s interesting because we know in our own oceans, those are very important places that are teeming with life, and they are probably one of the earliest places where life happened on Earth.”

The Hubble Space Telescope also helped NASA research the various water plumes coming out of the surface on Europa, the moon rotating around Jupiter. It’s one of more than 60 moons currently orbiting Jupiter, and has an icy crust that floats on top of a salt water ocean. How much water? Only twice as much water as the oceans on Earth contain.

“This is significant, because the rest of the planet isn’t easy to predict or understand, and it’s happening for the second time in the warmest spot,” said Britney Schmidt, second author on the Europa study.

Because the key ingredients for life are liquid water, energy sources, and elements such as carbon, hydrogen, oxygen, nitrogen, sulfur, and phosphorus, NASA’s ability to detect so many of these ingredients coming from the moons is monumental. But remember, that haven’t confirmed all of them exist on the moons.

“This (molecular hydrogen) is just like the icing on the cake,” Waite said. “Now, you see the chemical energy source that microbes could use. The only thing we haven’t seen is phosphorus and sulfur, and that’s probably because they were in small enough quantities that we didn’t see them. We have to go back and look and search for signs of life as well.”

The chances of people venturing out to these moons is slim to none right now, because for one, it would take a while to get there and two, NASA still isn’t sure humans could live there. Different forms of life maybe, but humans maybe not.

The Cassini mission started in 2004 and ends this year, meaning this has been a lengthy process to make this discovery. However, Waite is now excited and wants to get back to Enceladus for more research.

“Cassini and Enceladus really allowed us to see the kind of things we could do with mass spectrometers and, more importantly, with material that’s coming up straight out of the ocean,” Waite said. “It’s a way of viewing the ocean without drilling into it. We didn’t necessarily have to land; we could sit there and and sample to study quite a bit about these ocean worlds just from flying through the material that comes out of the interior. That’s what the plumes are about on Europa as well. It’s that connection to the interior ocean.”

If scientists find more evidence of sulfur and phosphorus on Enceladus, that could increase chances of further missions. After that, they would need to find signs of life by entering the water plumes coming out of the surface and looking for different acids and isotopes that could present signs of life, even if that is a minuscule change.

The Europa Clipper mission was recently announced to explore more ocean worlds in Earth’s solar system and mainly on Europa. The mission will be the first to explore an alien ocean. Here’s more info on that mission and Europa as a whole.