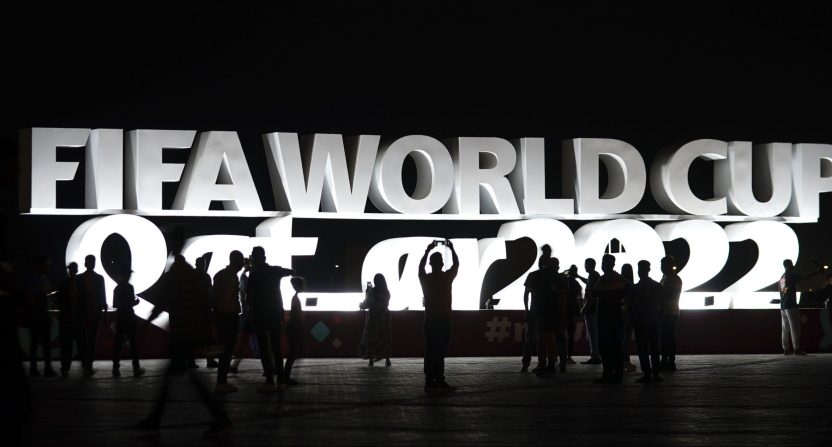 With an exhausting 64 matches happening in the 2022 FIFA World Cup, you may need to prioritize which to watch. This World Cup is already unique in it that it is happening in the winter, and it’s the first time being hosted in a Middle Eastern country.

With a robust group of elite countries, knowing which to watch can be cumbersome. History, new tactics, and international bragging rights, this World Cup is setting the stage for some glorious matches that must be won with equal parts grace and grit.

Let’s face it; Brazil looks like this World Cup’s favorite. And I’m not just talking about their frontline firepower being orchestrated by the mercurial Neymar.

Still, their back line is stacked: Marquinhos, Thiago Silva, Alex Telles, Alex Sandro, the list keeps going. They will be a hard nut to crack, and even if that backline does get broken, anyone clever enough to get by still has to deal with Allison Becker, one of the top keepers in the world.

But Switzerland may be up to the challenge. The Swiss have earned everything the hard way, and you don’t do that without learning a thing or two.

The linkup play between the sharp Granit Xhaka and the squirrelly Xherdan Shaqiri will undoubtedly put Brazil’s backline through their paces in a game that could go either way in spectacular fashion.

This rivalry has spanned nearly ninety years. Spain drew first blood in a friendly back in 1935, and the two soccer juggernauts have been battling ever since.

Both teams have strong squads, many of whom play in the same league, so they’ve either played with or against one another, and any kind of familiarity is crucial when playing such an intense schedule.

Germany’s Leroy Sane has become a renaissance man for Bayern Munich-netting almost as many goals as his previous season in just a third of games.

Meanwhile, Spain has curated a perfect blend of fiery young talent with tempered experience. Barcelona youngsters Ansu Fati (19) and Ferran Torres (22) will no doubt cause any backline havoc, especially when being fed brilliant passes from Busquets and Pedri–the quartet all being Barcelona teammates.

Don’t let the small population (3.4 million) fool you; Uruguay has been a soccer titan since the first World Cup in 1930, which Uruguay won.

The Sky Blues are packed with talent. Luis Suarez and Edison Cavani are the striking partners that helped get Uruguay to the round of 8 in the 2018 World Cup, with Cavani netting two goals against Portugal.

Ronaldo and company, aka Portugal, will be a handful for any team. Atletico Madrid striker Joao Felix is eager to prove himself, playing in front of Bruno Fernandes and Bernardo Silva, and he will have ample opportunity to do so.

Whether or not Ronaldo’s current Manchester United woes will impact his and Portugal’s focus will come to light in this 2018 round of 16 rematch.

2018 World Cup runners-up Croatia are, yes, like everyone, older than they were four years ago. But former Ballon d’Or winner and current UEFA Champions League winner Luka Modric has only honed his craft.

Surround Modric with players who’ve nearly been to the promised land, and Croatia will be an entertaining team to watch no matter who they’re playing.

Especially if the other team has Kevin De Bruyne, the only Belgian more popular than their waffles. Kevin De Bruyne is considered the best active midfielder in the world.

Second, only to Brazil in FIFA rankings, Belgium is a team that provided the most incredible comeback of the 2018 World Cup. Belgium is stacked and is a definite contender to bring that little gold trophy home.

Do I have to say anything else? England is coming in with something to prove. Italy left a bitter taste in their mouth, and since then, manager Gareth Southgate has brought on a creative group of midfielders in hopes of having the trophy “come home.”

A historically economic manager, whether Southgate will give his most creative players any slack to be themselves may be the difference between glory and regret.

The USA is the strongest it’s been in years. With more players competing in top-flight European leagues, the only question they have to answer is how far they will go in the next month. Juventus midfielder Weston McKennie will pull the offensive strings for the stars and stripes for a team that may have the legs to go deep.

The sports world didn't take kindly to a lame finish in the Dr. Pepper Challenge at the SEC Championship Game in Atlanta.

One of the craziest finishes you'll see!

Judge is likely to get a ninth year in his contract, predicts Ken Rosenthal.

Jacob deGrom signed with Texas on Friday, ending his tenure in New York. NBA star and noted Mets fan Donovan Mitchell was 'upset' by the move.

The sports world didn't take kindly to a lame finish in the Dr. Pepper Challenge at the SEC Championship Game in Atlanta.

One of the craziest finishes you'll see!

Judge is likely to get a ninth year in his contract, predicts Ken Rosenthal.

Jacob deGrom signed with Texas on Friday, ending his tenure in New York. NBA star and noted Mets fan Donovan Mitchell was 'upset' by the move.