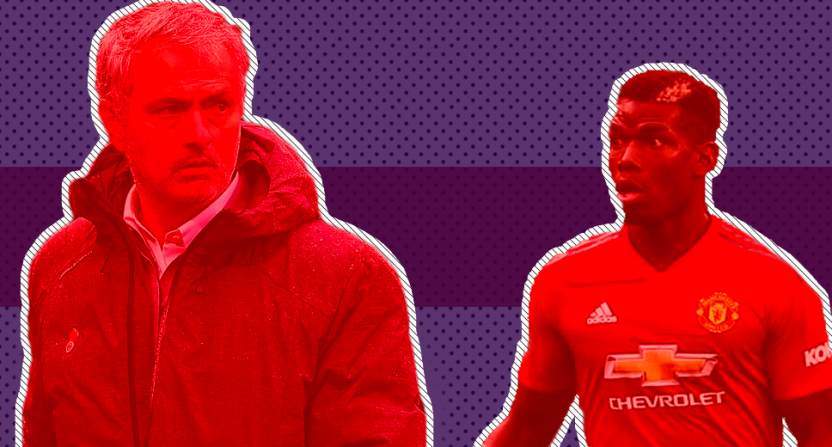 A 2-2 draw between Manchester United and Southampton on Saturday was enough for one club to admit they had finally had enough with their manager. On Monday morning, Southampton sacked manager Mark Hughes after just nine months on the job.

You read that correctly, failing to beat Manchester United is now a fireable offense.

Manchester United are in shambles. That’s not news. Everyone likes to heap the blame on one person or area but the truth is everyone is to blame: The players, the manager, the board, the owners, and even the fans.

The manager is out of ideas, the players aren’t performing, partially because of the manager and partially because they’ve quit on him (which is also on the manager). Ed Woodward and the board have been accused of not supporting the manager (nonsense), but they certainly haven’t stepped in to put out the fire. They also are the ones that hired this manager despite his track record that all but guaranteed this is exactly what would happen. The owners don’t care, as nearly all American owners do, in that they see the club as a business investment and run it accordingly. As long as they are making money, that’s what they’ll care about.

Following the draw at Southampton, Jose Mourinho once again decided to take out his frustrations on Paul Pogba. According to reports, Mourinho and Pogba had a major dressing room dustup where Mourinho called Pogba a “virus.”

The relationship between the manager and the team’s most expensive player has been under constant strain this season. However, this latest row tells us a lot more about the manager than the player. Yes, Pogba was poor on Saturday, but it’s clear that Mourinho is completely devoid of ideas and has therefore reverted to trying to turn the fans against the Frenchman. It’s the same tactic he used when things weren’t going United’s way in September.

In comparison, United captain Antonio Valencia was dropped for two months for no reason given. That came right after Valencia liked a post on Instagram that called for Mourinho to be fired. Mourinho never said a word about Valencia, and still let him captain the team last week, but finds any and every reason to publicly criticize Pogba.

For a fanbase that is incredibly divided, Pogba is the most divisive player. While most fans have (finally) come around on wanting Jose Mourinho gone, many feel that Pogba should be following him right out the door.

The fans that knock Pogba see him as lazy, his inconsistencies are because he doesn’t apply himself the way he should. He doesn’t care about the shirt but rather just his brand and getting his paycheck. For £90 million he doesn’t score enough and he gives the ball away far too much.

Pogba does care about his brand, a lot. But that’s not a problem because he’s also a fantastic footballer. Statistically speaking, he’s United’s best player by far. It’s certainly true that he gives the ball away a lot, but not any more than he was doing while at Juventus.

Pogba’s turnovers standout because of the offensive system he’s in, which is the direct fault of the manager. Since arriving at Manchester United, Mourinho has never had any offensive tactics. His strategy is mainly to hit teams on the counter or rely on the individual brilliance of someone. That’s why Mourinho always demands that his clubs buy him better players, it’s also why United’s attack constantly looks like they’ve never played with each other.

For three years (five if you count Louis van Gaal’s two years) we’ve seen how boring United’s attack has been because players weren’t allowed to take risks. In order to create anything, somebody has to “try something.” This year, the player that seems to “try something” more than everyone else is Pogba. “Trying something” doesn’t work all the time, in fact if it worked just three out of ten times in a match that’d be great. But the seven times it doesn’t work usually ends in a turnover and the fans notice that.

On Saturday, Pogba drew Mourinho’s ire after attempting a flick that didn’t work. While Mourinho may be able to convince some fans that moves like that are why Pogba is a problem, the truth is it’s flicks like that is exactly why United paid £90 million for him.

For £90 million you’re getting a player who thinks to do something like that, and has the ability to do it. It didn’t work this time, but if you wanted midfielders that stayed home defensively, played square passes and didn’t take risks you would have signed Tom Cleverley instead.

At this point, it’s clear that Pogba has quit on Mourinho. That may not be the most professional thing to do, but can you really blame him? No matter what he does it’s never enough for Mourinho, and if things go wrong he’ll always be blamed.

What’s also clear is that the players are on Pogba’s side. No matter what his antics are, no player has called him out. He’s still best friends with Lukaku, Lingard, and Marcus Rashford. Fewer and fewer players are backing their manager.

Mourinho’s painting of Pogba as the villain has been wildly successful until you consider Pogba has no history of dissent. He never fell out with his manager at Juventus, and he’s never fallen out with Didier Deschamps. The anti-Pogba fans will tell you that Sir Alex Ferguson said “good riddance” to him back in 2012 but that’s revisionist history. Ferguson tried to re-sign Pogba, but the midfielder felt disrespected when Ferguson started Rafael Da Silva and Rio Ferdinand in central midfield instead of giving him a shot during an injury crisis and chose to leave.

By now, we’ve all seen the video of Pogba speaking to his French teammates before the World Cup final. He may not be their captain but he’s their leader and has the respect of all his teammates. He’s viewed the same way in the United dressing room.

Considering United’s play this year, it’s incredible Mourinho has managed to hang on this long. The man has such little creativity that when things start going poorly he immediately reverts to trying to tear down his club’s superstar. The problem can’t possibly be himself, it has to be the star! This has happened before, and it will keep happening for as long as United let it.

And if it goes on much longer, some team is going to get one hell of a player for a really cheap price.