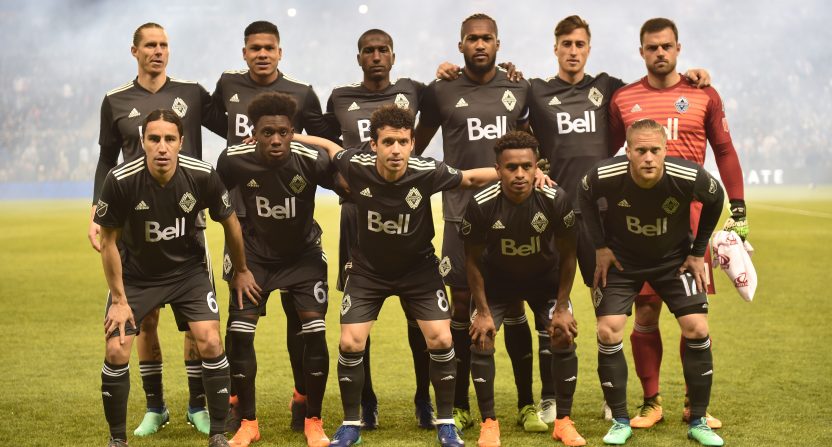 As the influx of allocation money shutters MLS’ middle class, those without the resources to splash cash on overseas talent have to find new methods of maintaining competitiveness. MLS’ unique structure puts those teams in an awkward predicament — with relegation an irrelevant proposition, they’re expected to compete at the league’s highest level, but there is no built-in development system (i.e., an all-important college draft) that can reverse their fortunes in a split-second.

The SuperDraft is useful, but rarely can you find franchise cornerstones in it like NBA and NFL teams often do. Mostly, MLS clubs have to look elsewhere to build their rosters. Competing against the likes of Atlanta United and NYCFC, who have large payrolls and feature the league’s brightest stars, can be difficult for the less financially fortunate.

It can be done, obviously, seeing the parity that still overwhelmingly prevails. But that parity is in decline with Targeted and General Allocation Money unbalancing league-wide resources. Teams have to adapt. A new path — pioneered by the 2016 Colorado Rapids, perfected by the Vancouver Whitecaps and popularized by a combination of both — is making itself known: Playing defensively and attacking on the counter. In other words, “park the bus.”

That shouldn’t be a taboo statement as it is historically proven to be a legitimate method of winning, and it’s spreading. Brad Friedel’s New England Revolution have shown characteristics early this season. The Houston Dynamo counter-attacked their way to the Western Conference finals last year. Colorado are still trying, although they haven’t been the best ambassadors for it since their 2016 success.

Vancouver, under Welshman Carl Robinson, have bought all the way into it, making them the best case study. They averaged the least amount of possession in MLS last year, scavenging their way to a third-place finish out west, and most of their scoring opportunities were created via transition plays, crosses and set pieces.

Including the postseason, the Whitecaps scored 15 header goals last year, tied for second in the league, despite netting only 55 total (five of which came in their knockout round drubbing of San Jose). They were fantastic on set pieces, scoring 18 in 2017 — the best mark in the league, per WhoScored. Center back Kendall Waston scored four goals in 25 appearances.

The plan was simply to scrape out as many results as possible, especially on the road. They finished with the most away wins (six) in the Western Conference, and it was a surprise to many when they vaulted up the standings in the second half of the season. Vancouver were getting results that other teams weren’t.

Robinson doubled down on the bunker-and-counter ethos this offseason. He traded for Kei Kamara, one of the league’s best at taking advantage of crosses, and acquired midfielder Felipe from the Red Bulls to do everything that Felipe does:

Classic Felipe there. Vela gave him a slight push, and he went down as if he’d been shot in the chest, trying to get Vela sent off. The referee has really managed this game poorly overall. #VWFC #LAFC #VANvLAFC #MLS pic.twitter.com/gqsF3XxY6r

They’re scrappy and organized, and while their games are not always pretty, they’re picking up just enough points to wreak havoc in the Western Conference. Through eight games, they have three wins, one draw and four losses, two points from second place. Sometimes that doesn’t work, like in their 6-0 loss to Sporting Kansas City last Friday, but their style of play is more successful than their previous style of play.

Alphonso Davies, still just 17, is a regular starter on the wing and a lynchpin of the attack. He covers ground up and down the flanks and has become adept at long, meandering dribbles through teams — although Robinson’s propensity to shift him to full-back late in games is troubling.

Waston is a rock in the middle of the defense. Stefan Marinovic is a difference-maker at goalkeeper. Their rotating combination of No. 8s, anchored mostly by Felipe, is suffocating, and more effective with the ball than the ‘Caps were with a defined No. 6 like Matias Laba. Russell Teibert, Efrain Juarez and Bernie Ibini aren’t perfect, but they sure can win the ball.

None of this perfect. There seems to be a ceiling to how high this narrow point-getting strategy can take them; they won’t be in Supporters’ Shield contention any time soon, and to win in the postseason, they’re actually gonna have to try and score, something they failed to do last year against Seattle. It remains to be seen how they will survive without Kamara, out with a groin injury, for the next six weeks.

But give them credit: They’ve found a way to win, committed to it and made themselves into playoff contenders. That’s what a lot of MLS teams are going to have to do as the talent gap grows wider.