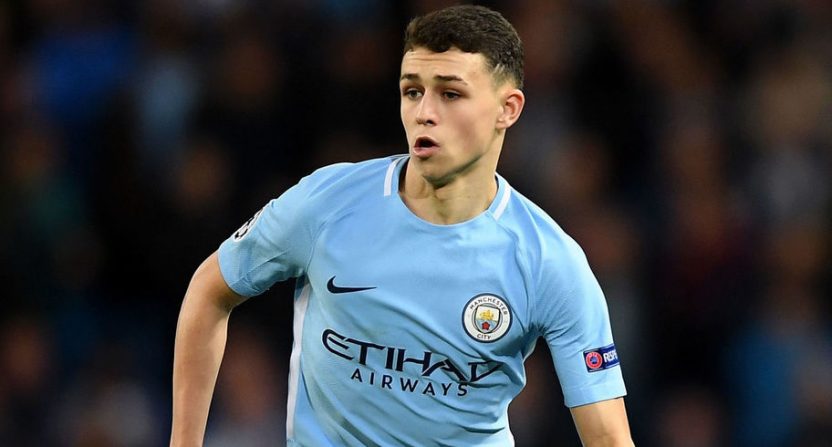 There’s nothing fans take more pride in than a player that came through their academy. “He’s one of our own” is a song heard at almost every ground in the Premier League. There’s such a rush of excitement when a youngster is tearing it up in the academy that a first team debut seems imminent.

No matter how excited fans get over a potential young player, their excitement over the upcoming season will always come back to “How much money did we spend” and “Who did we sign?”

When fans want to improve the team, most always look at who they could add, rather than looking from within. They hope that young player will get time in cup competitions and force his way into the team, but to actually plan on an unproven player at the start of the season? That would cause an uproar.

It’s rare for managers to actually do this. The most famous example came when Sir Alex Ferguson was told “You can’t win with kids” when he let a bunch of veterans go and turned things over to the “Class of ’92.”

In recent years, we’re starting to see managers take this strategy in some areas and fans are reacting exactly as expected. This summer, Tottenham let right back Kieran Trippier leave without signing a replacement. They now enter the season with the untested Kyle Walker-Peters and Juan Foyth, a center back who can play right back, as their two right back options.

Ole Gunnar Solskjaer had an even bigger clear out. United sold striker Romelu Lukaku, and lost midfielder Ander Herrera. They didn’t sign a new striker, choosing instead to move Anthony Martial back to a center forward role. They’ve promoted Scott McTominay to first choice, even though he’s never been first choice over a full season. They also plan on using 17-year-old Mason Greenwood often this year.

Fans of Tottenham and United were up in arms when the transfer window shut. Spurs fans couldn’t understand how they didn’t sign a replacement fullback even though new signing Ryan Sessegnon could be put back there. Some United fans took the extreme view that club wouldn’t finish higher than eighth when they didn’t sign a “proven goalscorer.”

There’s no question that Pochettino and Solskjaer are taking risks with these moves but when it comes to player development, this is often what has to happen.

Most players don’t arrive on the scene like Marcus Rashford or Anthony Martial, scoring right away and immediately making themselves undroppable. Most of them don’t even arrive like Harry Kane. Kane tore up the Europa League in 2014 and forced Pochettino to make him his first choice striker in the league.

The cups provide a great chance for young players to get first-team minutes but using it as a springboard to the league isn’t realistic. Often times, you’re playing with other youngsters and reserves in stadiums with dead atmospheres, it’s not the same situation you’ll find in the Premier League. If you do happen to tear up a cup game, well that was probably against another teams’ reserves.

For most players, their break comes when the player above them gets injured. That gives them a good run of games where if they make a mistake they won’t get dropped (because there’s no one else). That kind of run is instrumental in terms of their development. But waiting for an injury isn’t a great long-term plan for development. Eventually, you need the manager to have faith in you and say “You’re our guy this year.”

The overwhelming majority of players need a half to two thirds of a full season to develop consistency in the Premier League. They’re going to make mistakes during that time, they’re going to show flashes of brilliance. They’re most likely not going to put is all together until next year.

That is where the problem lies. Most managers simply don’t have that kind of time to put their faith into a youngster. Two years ago, there were 10 managerial changes during the season. Last season there were six. For most of the league, managers are managing for their job. They don’t have the time to ride the ups and downs of a young player because there’s a good chance they won’t even be there to reap any rewards.

That’s not the same at the top, which is why that’s where we see managers taking chances on youth. The teams at the top tend to not be managing just for this season, giving them a chance to keep an eye on the long term.

Liverpool and Manchester City are locked in a battle at the top. Coming off a season where Liverpool lost one game and didn’t win the title, there’s virtually no room for error. While Pep Guardiola isn’t afraid to use a 19 or 20-year-old new signing, he hasn’t turned things over to Phil Foden, whom he called “the best talent I’ve ever seen” this summer. But it wasn’t always like that.

Two years ago, Jurgen Klopp entered the season with no real right back. Over the first half of the season, he split time between center back Joe Gomez and 18-year-old Trent Alexander-Arnold. In February that year, Klopp decided “The future is now” and went with Alexander-Arnold as the full time starter.

Liverpool weren’t competing with City that year. They were in the middle of a multi-year rebuild. The plan was to compete for a Champions League spot before adding the final pieces of the puzzle. Liverpool were good enough that the mistakes of an 18-year-old right back wouldn’t hurt their chances of finishing in the top four. Since they weren’t expected to make a deep Champions League run, Klopp was able to get him valuable experience in big Champions League games.

That’s the same situation Pochettino finds himself in at Spurs. They’re not going to compete with City or Liverpool for the title this year, and having an untested right back isn’t going to knock them out of the top four. Given their run to the Champions League final without signing anyone last year, it’s fair to say Poch has the ability to develop Walker-Peters into a top right back and make Spurs a formidable team in the long-term.

Pochettino, Klopp, and Solskjaer all found themselves in the midst of a long-term team building project. When it comes to these positions they’re answering a simple question. Can this player be the guy that we think he can be, or do we need to address this area next summer?

Klopp found his right back.  The following year, with half a season of experience under his belt, Alexander-Arnold made the jump to being an elite fullback, breaking a record for assists (12) by a defender in the Premier League. That jump won’t happen with everyone but it doesn’t change the fact that most players need a full season of first team football.

This year, Pochettino and Solskjaer are hoping to answer that question in their areas too. The fans just need to be patient.

(NOTE: I excluded all mentioning of Chelsea here since their transfer ban has forced them to field the team they’re fielding. Not only are Chelsea forced to look from within, they now have questions all over the field as opposed to one or two areas so they provide a unique example that’s not the norm.)