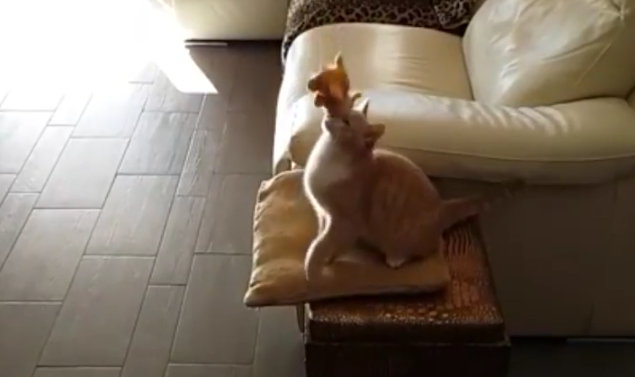 This is Wednesday’s Cheat Sheet.

#1 goes down in college basketball (Baylor was #1, if you didn’t know that)

With the NFL season winding down and the college football season over, it’s time for a large mass of people to start caring about college basketball again. And for all of you who checked the rankings this week and realized that Baylor was somehow #1, well, time to forget all you’ve learned about the sport over the past 72 hours.

Okay, so Baylor just got blown out at West Virginia, losing 89-68. WVU students were fairly rowdy during the game:

And then stormed the court after, despite West Virginia’s top-ten ranking. (For the record, I’m fine with it. Storm away. Who cares, as long as no one gets hurt?)

Plus they all sang John Denver, which is a solid tradition, though I might be biased as I have a weird nostalgic attachment to that song:

Of course, West Virginia is now #2 in the KenPom rankings, just behind Kentucky, who survived their own road scare at Vanderbilt. Gonzaga is now the only undefeated team in the country, meaning the ’76 Hoosiers will likely be able to get together and pop champagne once again this season.

Oh, wait, no, only the ’72 Dolphins do that, because they’re awful. That’s right.

Indiana lost, but my goodness this dunk 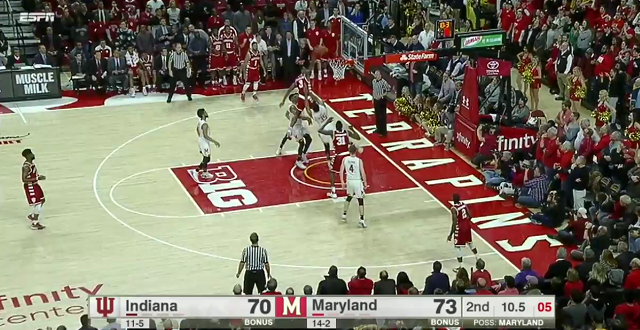 So there were actually quite a few great dunks last night, including a backboard-shattering effort from a high school game. But take a look at Indiana’s O.G. Anunoby, because my goodness. I watched this one live because I’m a masochistic Indiana fan, and about fell off the couch when it happened, giggling madly, even though it still left Indiana down an insurmountable point with less than ten seconds left.

Even so, good heavens:

Indiana is now just 1-3 in conference play. That’s…not good. But, hey, better to play your best basketball at the end of the season than at the beginning, said the hopelessly naive fan. 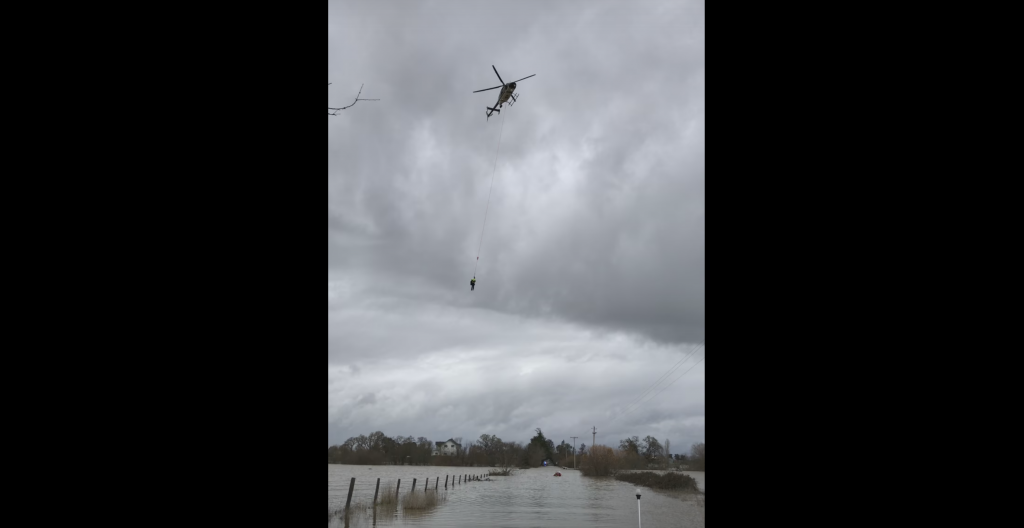 -This idiot decided a Road Closed sign was more of a suggestion than a rule, and drove through anyway. He needed a helicopter and multiple people to rescue him. Any guesses as to what he was driving? You get one.

Yep, it was a Hummer! Good guess, but then it was pretty obvious, really.

-We’re getting a 48-team World Cup starting in 2026, which is perhaps less than ideal, though the format seems to be the best possible solution if 48 teams was an inevitability. And as the United States is an early favorite to host it, you might get to see it up close and personal. If you’re American. And like soccer. And if the world still exists. (I’m not a morning person.)

-ESPN is trying to destroy FS1’s Undisputed in the ratings.

-Rajon Rondo is not happy about his playing time in Chicago.

-Allen Iverson is coming back to play in Ice Cube’s 3 on 3 league. He’ll be a player-coach, too, and all I want now is for him to insist on two-a-days.

-Here’s how a python climbs a tree, in case you never wanted to sleep again:

-In the wake of the epic burn delivered by Dabo Swinney post-Clemson championship victory, Colin Cowherd takes the totally reasonable point of view that commentators need only be interesting, not actually correct, intelligent, or insightful. Personally I find analysis to be most interesting when it has a bearing on reality, either as it’s happened or as it may happen, but to each their own, I guess.

(Related, it’s nice of FOX to take all of ESPN’s horrible personalities and place them in the vacuum chamber that is FS1. I’ve had a much easier time avoiding Cowherd, Bayless, Whitlock, and others. Also, when’s Danny Kanell due to be a free agent? Asking for a friend.)

-CinemaSins isn’t always my favorite thing on YouTube, but I enjoy their take on movies I consider bad, and Suicide Squad falls into that category:

-Vegas sportsbooks reportedly took a bath in the wake of Clemson’s win, which I always consider a good thing. Is it not a good thing?

-The UConn women won their 90th straight game, which is a solid accomplishment, I’d say.

-In yesterday’s edition of Real or Fake? (a conceit I definitely invented and did not see anywhere else online at all anywhere, you must credit me), we looked at this Alabama fan punching his television.

-The success of Joel Embiid finally has people viewing #TheProcess in a more positive light.

-Someone is suing Chipotle for $2 billion. With a “b”.

-Paul George gets a shoe.

I’m not a cat person, so this section is traditionally light on cat gifs. But, now, I’ve found one that aligns with my general distaste for cats: