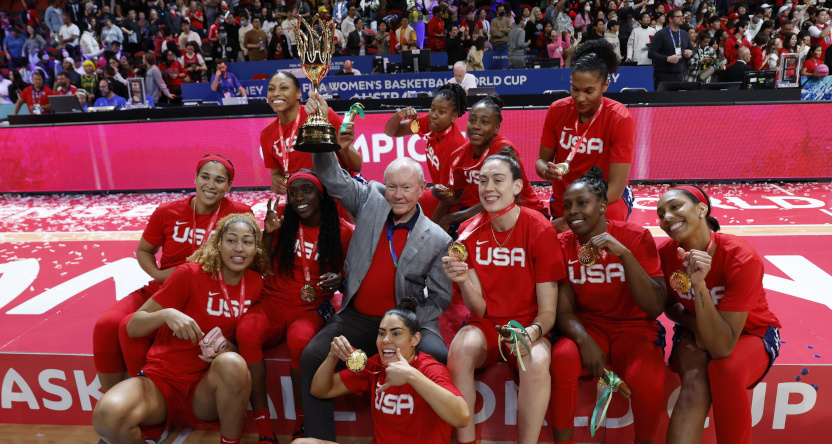 The United States women’s basketball team defeated China 83-61 Saturday to win the gold medal at the FIBA Women’s Basketball World Cup in Sydney, Australia. The victory was the 11th gold medal in the competition for the American women’s team.

The occasion, however, was not totally celebratory. Players’ minds were quick to turn to the plight of Brittney Griner, their frequent national team teammate.  Griner is currently imprisoned for nine years in Russia after pleading guilty to charges of attempting to carry hashish oil onto a flight while playing for her Russian Women’s Basketball Premier League team, UMMC Ekaterinburg.

The women’s team dedicated their performance to Griner.

“This is for BG. I hope BG knows she’s in our thoughts,” said American guard Breanna Stewart, as per Spanish newspaper Marca. “We can’t wait for her to come home and hoping that she’s going to be home as soon as possible. BG, we got the gold for you and we miss you and we love you.”

President Joe Biden‘s attempts to negotiate for Griner’s early release have proved fruitless. As have plans to free Griner by heavyweight boxer Roy Jones Jr. and talks of Dennis Rodman getting involved.