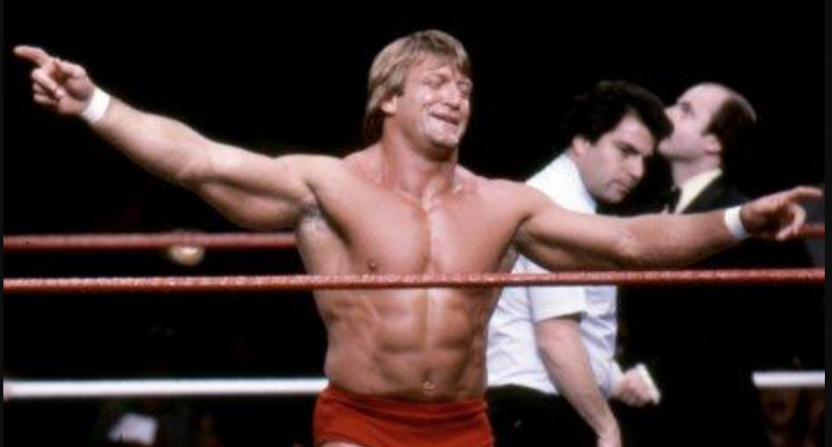 Before Andre the Giant turned heel and betrayed Hulk Hogan, Paul Orndorff did it first.

“Mr. Wonderful” pivoted from good guy to bad guy previously in his WWF career, so it wasn’t as shocking a turn as Andre’s. But a friend and tag-team partner of the Hulkster turning to foe made for one of pro wrestling’s best feuds in the 1980s.

Orndorff passed away on Monday at the age of 71. His son Travis announced the sad news on his Instagram account.

Paul Orndorff was indeed known for his impressive physique during an era when many performers bulked up and muscled out, rather than simply demonstrating an imposing physical prowess. He also showed a talent for showmanship, coming into the ring with Ric Flair-like plush and bedazzled robes, and having “Mr. #1derful” stitched on the back of his trunks.

Prior to becoming a wrestler, Orndorff was a football player, starring as a running back at the University of Tampa. He was even drafted by the New Orleans Saints in 1973, but didn’t pass a physical with the team. The same happened when he tried to make the Kansas City Chiefs roster. But Orndorff did get a taste of pro football, playing in the World Football League with the Jacksonville Sharks in 1975.

Orndorff joined the then-WWF in 1983 after performing in several other territorial wrestling organizations, including Mid-South Wrestling, Southeast Championship Wrestling, Georgia Championship and the NWA. Along the way, he faced several prominent wrestlers, including the Junkyard Dog, Jake “The Snake” Roberts, Ted DiBiase, Buzz Sawyer, Larry Zybszko, and Ric Flair.

But joining Vince McMahon’s operation made him a star, teaming up with Rowdy Roddy Piper to feud with stars like Jimmy “Superfly” Snuka while becoming one of WWF’s most infamous villains. At the very first WrestleMania in 1985, Orndorff and Piper lost to Hogan and Mr. T in the main event.

Blaming Orndorff for the loss, Piper and “Cowboy” Bob Orton turned on Mr. Wonderful, which compelled him to eventually partner with Hulk Hogan. Orndorff made the full turn to a face when he fired manager Bobby Heenan, leading to a storyline in which Heenan offered a $25,000 bounty (then $50,000) to anyone who could injure Orndorff.

Hogan and Orndorff teamed up against Piper and Orton, in addition to King Kong Bundy and Don Muraco. But eventually, a plotline was set up in which Orndorff began to feel as if he was relegated to being Hogan’s sidekick, an insecurity fueled by rivals such as Adrian Adonis pointing out that Orndorff did much more for Hogan than the Hulkster did for his supposed friend.

That resentment spilled over following a tag-team match with Hogan and Orndorff versus Big John Studd and King Kong Bundy. Hogan accidentally knocked Orndorff off the ring apron, a collision that Mr. Wonderful apparently believed was intentional. As the two celebrated, Orndorff clotheslined Hogan then finished him off with his signature move, the piledriver.

(The piledriver, by the way, is now illegal in the WWE and several other wrestling promotions due to safety concerns).

Orndorff’s turn touched off a classic feud which included the soap opera elements of jealousy and betrayal. Mr. Wonderful thought he deserved all the adoration from the fans and championship glory. Before “trolling” was part of the popular lexicon, Orndorff taunted Hogan by playing his entrance theme, “Real American,” as he approached the ring.

The feud concluded with a steel cage match between Orndorff and Hogan on NBC’s Saturday Night’s Main Event, in which the Hulkster eventually defeated his rival following his signature finishing leg drop.

That big-ticket rivalry with Hogan cost Orndorff in real life, however. Suffering an injury to his right arm while weightlifting, Orndorff needed surgery to repair damage to a nerve. Yet because the feud with Hogan was generating so much interest, Orndorff didn’t want to stop wrestling and continued to perform despite his right bicep atrophying due to the injury. After the feud storyline ended, however, Orndorff performed less and eventually took time off to recover.

Mr. Wonderful returned to WWF and resumed his popularity with the fans. That led to a storyline in which Orndorff fired Heenan again and started a feud with Rick Rude, whom Heenan had brought in to replace Orndorff in his stable of wrestlers.

Yet Orndorff’s arm injury was still troubling him and he decided to retire in 1988. Following a two-year absence from the ring (during which rumors that he died persisted), Mr. Wonderful returned to wrestling. After facing Kerry Von Erich in independent matches, Orndorff joined World Championship Wrestling in 1990 and teamed up with performers including Sting, Lex Luger, Junkyard Dog, and the Steiner Brothers.

His run at WCW only lasted a few months, however, and Orndorff competed in other organizations, notably the United Wrestling Federation where he faced many of his previous WWF rivals in addition to “Dr. Death” Steve Williams. But Orndorff returned to WCW a couple years later, partnering with Steve Austin and Paul Roma in tag-team matches. Winning tag-team championships with Roma, he even faced Hogan again, who paired with Randy Savage.

Unfortunately, those previous arm and neck injuries forced Orndorff to stop wrestling again and he definitively retired in 2000. Appropriately, Orndorff was inducted into the WWE Hall of Fame in 2005.

During WWF’s heyday in the 1980s when wrestlers were action figures and matches were shown on Saturday morning as entertainment for kids, Mr. Wonderful was one of wrestling’s most high-profile characters. He played a big part in the explosion of wrestling’s popularity and should be remembered as one of its biggest stars.