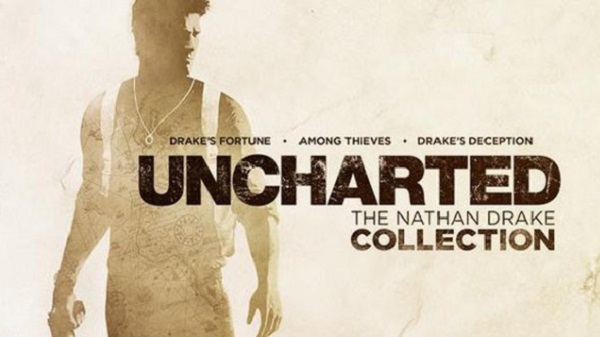 Many are worried that Sony won’t have any major exclusive titles for the fall with Uncharted 4 being delayed till next year. Those who missed out on the Playstation 3 last generation — given the PS4 sales numbers, it’s clear many gamers moved from Xbox 360 to Sony’s new console — will be able to enjoy Uncharted: The Nathan Drake Collection, which will include the first three single-player campaigns in the series as well as beta access to Uncharted 4: A Thief’s End multiplayer. Sony already showed off an impressive demo at their Playstation Experience conference so it’s easy to expect a demo highlighting the set piece that will almost certainly start off the game, as has been true for every entry in the series.

With Uncharted 4 out of the 2015 release calendar, the most anticipated game on Sony’s list of exclusives is No Man’s Sky from publisher Hello Games. The game’s website says the game is about exploration, as players move from planet to planet. Most impressive is that traveling is 100 percent seamless. Players could be on one planet, hop in their spacecraft, fly into space and land on the next planet without any loading screens. Along the way, players could stumble upon space or ground battles. This is supposedly procedurally generated as you play. The game’s trailer wowed everyone at E3 2014 and will be tough to top. But if everything  Hello Games says is true, there might be a new sci-fi franchise on the rise.

Until Dawn is a survival horror game from developer Super Massive Games that Sony originally intended to be exclusive to their now nearly non-existent Playstation Move motion controllers. The simple set-up places players in a group of teenagers spending the night at a cabin in the woods with the goal of surviving the terrors of the night. The game stars a motion-captured Hayden Panettiere (TV’s Nashville) as one of the characters whom players can decide lives or dies through their choices. The original game had the Move controller act as your flashlight and with Move tech built into the DualShock 4 controller, it will be interesting to see if and how that’s incorporated into the game for its Aug. 25 release date.

Shin Megami Tensei: Persona 5 is the last major exclusive expected at Sony’s conference. The RPG series is a hit in Japan and has grown in popularity with hardcore Playstation fans, as the previous game (originally released on the Playstation 2 in 2008) was re-released as Shin Megami Tensei: Persona 4 Golden on the Vita handheld system in 2012. The series centers on students at a high school who have to balance life as a teenager with exploring dungeons at night.

On the hardware front, there aren’t many expectations as the Playstation console outsells its competition nearly every month. There will likely be an Uncharted Collection bundle in the fall but bundles of the like are common during the holidays. We will also hopefully get a deeper look at the company’s VR headset, Project Morpheus. Some expect a PS4 Slim model but given the current SKU’s sleek look, especially when compared to the monster Xbox One, it feels unlikely.

Since 2012, Nintendo has foregone a traditional press conference at E3 in favor of “Nintendo Direct” online video presentations. They will continue that approach this year with plenty of news for the next year.

Above all else, Nintendo is expected to announce a price-cut for their Wii U console. The $300 console has lagged behind the competition despite excellent first-party games. Many believe the cut will come with the exclusion of the tablet controller that has yet to prove itself outside of being able to stream some games to the screen while others watch TV. The Big ‘N’ is steadfast in their ways, often to a fault, so this would be a surprise.

However, by announcing their next home platform (Nintendo said this won’t be part of their presentation) earlier this year, anything is possible in order to move units. On the handheld front, signs point to them announcing the release of the smaller-sized New Nintendo 3DS that was released everywhere but the U.S. earlier this year. We got the larger XL model. 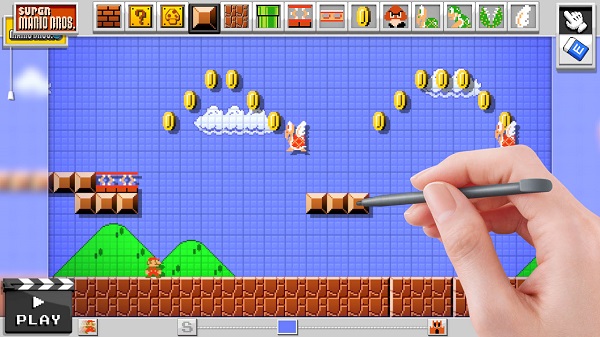 Mario Maker headlines the new games set for the presentation. The game allows users to build their own Mario levels using assets from the original Super Mario Brothers, Super Mario World and New Super Mario Bros. and post them online for others to download and play. The Wii U tablet controller plays a major role in the game (one reason the Wii U will keep its controversial controller).

Nintendo is also expected to showcase the first entry in the Star Fox series since 2005. The company has not released any information on the game other than it will release in the fall.

The last major game expected for the Direct presentation is Yoshi’s Wooly World, a pseudo-sequel to Yoshi’s Story on the Nintendo 64, combining the series’ exploratory platforming with an adorable aesthetic based on Kirby’s Epic Yarn. The game will also launch simultaneously at the end of the month with an adorable series of Amiibo that will enhance the gameplay.

Amiibo, the series of collectable figurines with game functionality when placed on a Wii U controller or the bottom screen of a New Nintendo 3DS XL, have kept Nintendo relevant, thanks to the hardcore Nintendo fans who desperately hunt down every figure. With the less popular figures being sold for as much as $60 on secondary markets, it’s likely Nintendo will announce a new release plan for future waves of figurines as well as plans for re-releasing the more rare figures.

Nintendo has gone on record to say their upcoming Wii U Zelda game will not be presented. Many believe this is due to the game being revamped for release on the NX platform as well as the Wii U. However, some think the game will be teased as part of a “one last thing” moment that is common with these presentations.

The publisher behind the Final Fantasy series will also have its own conference next week, and with good reason. Chief among them is the much anticipated release of Kingdom Hearts 3, which despite the reveal trailer premiering at E3 2013, doesn’t have a release date. For those unfamiliar — and who could blame you, since the last true entry in the series came out in 2005 — combines the Final Fantasy franchise with that of the Disney Animated universe. Many expect the third entry to include Marvel characters and, pending EA’s exclusivity deal with Disney, Star Wars characters.

Square also has two more sequels in the works, including Deus Ex: Mankind Divided, the sci-fi action game that allows players to go into a room of enemies guns-blazing or play it safe and be stealthy. They are also putting out Just Cause 3, an open-world sandbox game in the vein of Grand Theft Auto and Saints Row. Like the latter, though, the game sacrifices any semblance of a story in favor of performing beyond-real stunts with a grappling hook and parachute in your arsenal. The new version throws in a wingsuit.

While there is plenty to love in the console exclusives, some of the best-selling games every year are from third-party publishers that don’t have their own conference. Among them is Activision, who will release the hugely popular first-person shooter, Call of Duty: Black Ops III. Another one of their shooters, the highly ambitious MMO FPS Destiny, will have an extensive batch of downloadable content to add to the experience in lieu of a traditional sequel. Additionally, Activision is relaunching two franchises with Tony Hawk Pro Skater 5 and the Guitar Hero series with Guitar Hero: Live, which will drop non-guitar instruments with a focus on high-score based gameplay.

Harmonix is also releasing Rock Band 4 which will focus on the party-style play of having a full band play their favorite songs. They are looking to turning the series into a platform where gamers purchase new songs to play, rather than buy a new game every year. Plus, all the old songs and instruments will work with the new game, given they stay in the same console family.

Other notable third-party entries include the fantasy action game Dark Souls III, a series known for its difficulty, above all else. And there are plenty of others that will be at the show, including some releasing in the coming weeks.

So there you have it! There will be plenty more to see and discuss next week at the Electronic Entertainment Expo. With all that’s expected and already announced, hopefully there will be some show-stopping surprises that will live up to the hype. Especially with everything we already know. I’ll have reactions from the Microsoft, Sony and Nintendo conferences next week. See you then.