A new trailer for Terminator: Genisys has dropped and it has revealed a huge plot twist. If you’d like to avoid that spoiler, don’t read the next paragraph.

[SPOILER ALERT] The new trailer flips the old Terminator story you love on its face. Not only does the spot suggest a timeline that is more widely explored, it’s revealed that Sarah Connor (Emilia Clarke) and company will be facing a new Terminator, who is… JOHN CONNOR (played by Jason Clarke). [END OF SPOILER ALERT]

This is a massive twist and the fact it was revealed in the trailer is very surprising, as it’s a considerable amount to give away. Now why would they reveal such a big plot twist? Likely because the response to the first trailer released in December was so lukewarm, as it looked more along the lines of 2009’s Terminator: Salvation than the original classics.

It was a smart move by Paramount Pictures to reveal this much of the plot before the movie’s release. The last two installments of the Terminator series were colossal disappointments, so Genisys really needed a jolt and something to get people talking about it. Whether or not you like the twist being revealed or the twist itself, it’s a shrewd marketing ploy.

Another surprising thing about the new trailer was the lack of Matt Smith. When Terminator: Genisys was announced and the cast was revealed, it seemed to be based on a nerd’s fantasy: Emilia Clarke from Game of Thrones, the return of Arnold Schwarzengger in his iconic role and, of course, the former Doctor Who star. That’s quite the trio.

But Clarke and Schwarzenegger have rightfully been featured heavily in the trailers, while Smith has been a no-show. This is especially weird because Smith was featured heavily early in the ad campaigns thus far, specifically Entertainment Weekly‘s spread of the film. 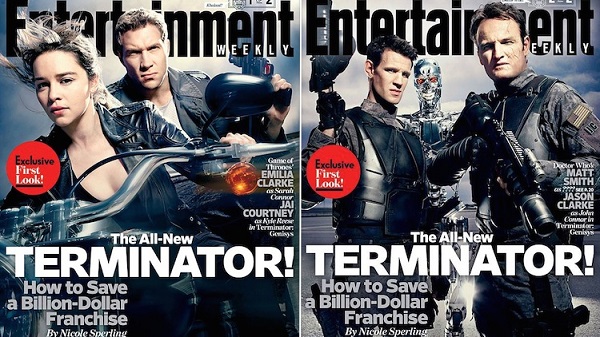 The lack of Smith is particularly baffling. He is a hugely popular actor with a very strong fan following. Following the success of Doctor Who, he’s looking to make the transition from TV star to movie star, and Terminator: Genisys seems like the appropriate vehicle to do so.

Considering how little has been revealed about Smith’s role so far, I’m more inclined to believe he has a much more integral part in Genisys than what’s being let on. IMDb lists Smith’s character as Tim. There was a character with the same name that had a small role as John Connor’s friend in Terminator 2: Judgment Day. But there have been rumors based on supposed test screenings that claim to reveal Smith’s true role. 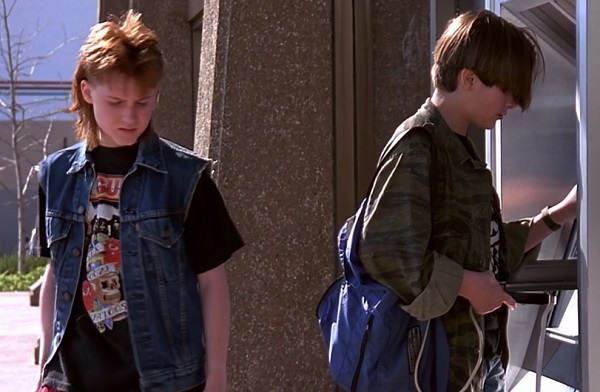 With the big revelation about John Connor’s character, I’m hopeful they’re saving another big reveal with Smith’s character solely for the film. That said, it would be nice to see Smith appear in an upcoming trailer, even if it’s only for a second.

Terminator: Genisys is up against stiff summer blockbuster opposition. Its competition includes Avengers: Age of Ultron, Mad Max: Fury Road, Jurassic World, Ant-Man and Fantastic Four among the many films being released. The question with the release of this trailer is do you want to see Genisys more than any of those films? Probably not, but it’s certainly a step in the right direction for a seemingly flailing series.

Terminator: Genisys is directed by Alan Taylor and also stars Jai Courtney, Lee Byung-Hun and J.K. Simmons. It’s due for a July 1 release.